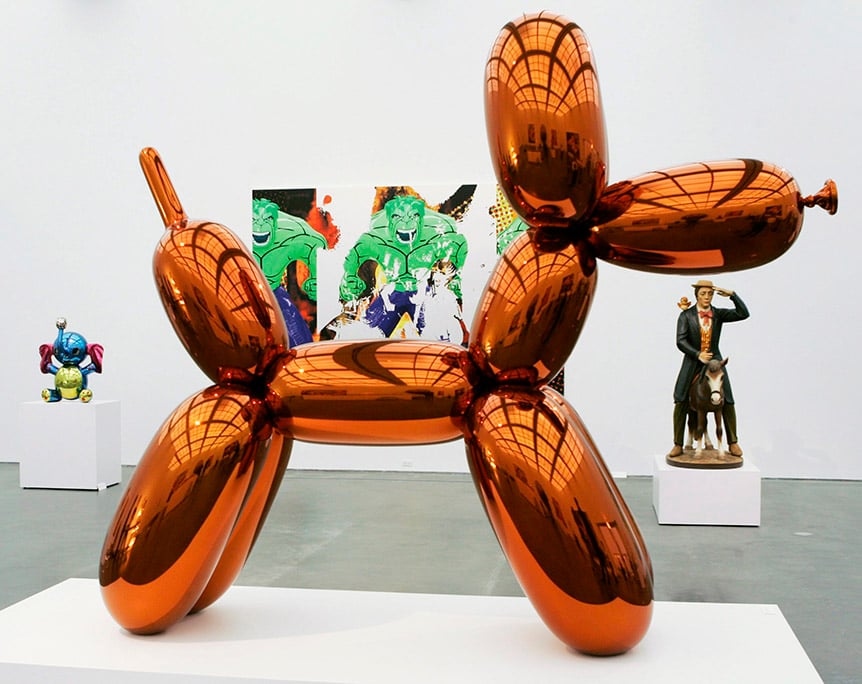 This month in book reviews: A devastating reflection on tyrannical North Korea. A dystopian tale of a future American civil war. Read more below and check out the rest of our book reviews. 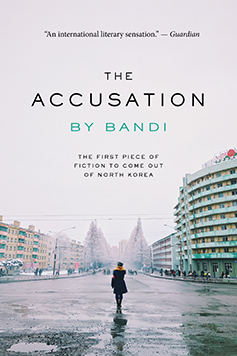 By Bandi, translated by Deborah Smith

Outraged defiance is built into The Accusation, right down to its fascinating origin story. In the late 1980s, Bandi, the pseudonym of a prominent state writer in North Korea—where authors receive guidance on suitable topics from the Propaganda and Agitation Department, which also passes their work through a cadre of censors—began composing fiction in secret. It denounced the trickle-down of the tyrannical leadership and disastrous economic policies of then-president Kim Il-sung. Bandi’s manuscript, consisting of seven stories on 750 handwritten sheets, was eventually smuggled into China between pages of The Selected Works of Kim Il Sung.

The accusations Bandi levels at his homeland are clear-eyed and resounding: the system is corrupt, ailing or broken; for ordinary workers, hardship, fear and hunger are everyday realities; proclamations about egalitarianism merely disguise the “knife of dictatorship.” At best, North Korea’s “straitened circumstances” are depicted as producing absurd bureaucratic hurdles and Orwellian thinking that might be darkly funny if they weren’t also real. At worst, individuals, couples and families are used as public examples of “deviance from party ideology” or sacrificed in the name of the state-defined greater good.

Though government officials circulate as dreaded background figures in the bulk of the stories, Bandi tends to focus on workers—at mines, farms and factories—and their losing attempts to either get ahead or sidestep regulations. In “City of Specters,” a family is exiled to the countryside for neglecting to educate their son about “proper revolutionary principles.” The child is two years old. After a heroic but unsuccessful attempt to obtain a travel permit to visit his sick mother, the protagonist of “So Near, Yet so Far” uses forged papers. Once caught, he’s muzzled for 22 days, serving as a beast of burden. From accounts of “dereliction of duty” to the aftermath of being identified as a “single dissonant chord” among the citizenry, the stories document the abuses of a government that routinely damages the people it pretends to fawn over and protect. 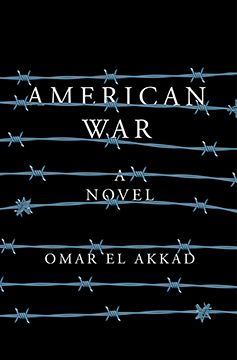 It’s the 22nd century, and cancer-stricken Benjamin Chestnut, one of the Miraculous Generation—as the children who were born during the Second American Civil War and survived to tell of it are known—is conscious of the irony of having lived long enough to die an ordinary death. He wants to relate the story of his beloved aunt Sarat, a Louisiana kindergartner when the new war between North and South began in 2074 and an entirely different being, both appalling and sympathetic, when it ended in 2093. It’s a compelling narrative, one matched—surpassed, actually—by El Akkad’s flawlessly executed backstory.

Any dystopian novel is read as both story and the author’s take on the present; this one, with its straight-line extrapolation, not just from now but from the first Civil War, will be evaluated for its history as well. American War—its title, as slowly becomes apparent, is beautifully apt—covers past and present very well indeed. In 2074, coastal America is drowning, the interior is filled with refugees, oil is banned and killer drones fill the sky. Their strikes are random and unprovoked: rebels have destroyed the base that once controlled the unmanned craft, and now no one on either side knows when or where they’ll strike.

Egyptian-born, Canadian-raised and now living in Portland, Ore., El Akkad is an award-winning journalist who has reported from Afghanistan. As his deft, almost magical realist touch with the drones shows, his imaginative sympathy with ordinary people caught up in asymmetrical warfare—particularly those on the terrorist-producing side—runs deep. That empathy fuels his Southerners, who accurately channel their ancestors, with both generations on the wrong side of history, practically as well as morally.

Slavery was a doomed economic system as well as an abomination, and a beyond-stubborn attachment to oil while the land is drowning from its effects is scarcely better. In 1864, Sherman came down on Georgia like the wolf on the fold; two centuries later, the Blue army—little changed from today’s U.S. military—rains overwhelming force upon the Reds. Yet the Confederacy fought the North—with all its technological, industrial and manpower advantages—with a tenacious, tribal bitterness. And so, too, do El Akkad’s Southerners, in a novel with intertwined themes: how war continues past all reason, past all sight of the original cause; and how a radicalized mass killer is made. 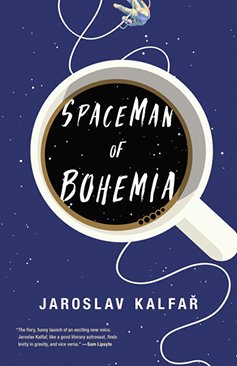 Imagine if Chris Hadfield were Czech—and if up in space, in the midst of performing his scientific duties and communicating back home to his legions of fans, he had encountered a giant spider-shaped alien that spoke to him telepathically.

This is more or less the premise of Jaroslav Kalfař’s debut novel—except that the astronaut, Jakub Procházka, is in a one-man craft (JanHus1, named after a 15th-century Bohemian church reformer), and he’s investigating a mysterious dust cloud surrounding Earth. The Czech-born Kalfař apparently learned to speak English in part by watching the Cartoon Network, and he offers up a refreshingly original tale that weaves melancholy symbolism with dry eastern European humour, Iron Curtain drama with science-fiction weirdness.

It’s 2018, and Jakub is an unlikely hero and media star: He’s the son of a Communist interrogator, and his family became ostracized when the old regime fell. Aboard JanHus1, he keeps reflecting on his difficult childhood and his increasingly unhappy wife back home. Jakub’s isolation forces him to consider a series of existential questions. Why has he volunteered for this mission? Does he want to serve his compatriots or prove himself or escape his past?

Enter his arachnoid visitor, out of nowhere. Jakub keeps it hidden away, off-camera, and assigns it the name Hanuš, after the legendary builder of an astronomical clock in Prague—everything wondrous and new takes on a historical dimension. Hanuš is another intrepid loner, and the two make a decidedly odd and damaged couple—the spider hooked on Jakub’s Nutella and Jakub on his own diminishing supply of whisky—finding more in common with each other than with the rest of their species. As the spaceship’s technology starts to break down, Jakub himself is breaking apart, and Hanuš could, in fact, be a figment of his imagination.

While the finale feels somewhat heavy-handed and protracted, in general Kalfař deftly shapes his story’s layers and varied tones. And as with all science fiction worth its salt, Spaceman of Bohemia is grounded in present-day reality and the never-ending questioning of what it means to be human. Jakub’s plight asks us what we want from our heroes and what they hope to gain from us. This is an anti-gravity tale with considerable heft. 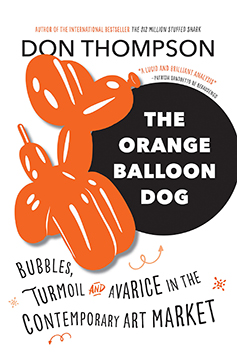 Just over three years ago, American artist Jeff Koons’ orange dog—one of his five unique Balloon Dog sculptures, each finished with a translucent coating of orange, red, blue, magenta or yellow—sold for US$58.4 million. A record price for an auction-sold work by a living artist, the sale left Damien Hirst’s installation—the subject of The $12 Million Stuffed Shark, one of Thompson’s previous lively takes on the workings of the modern art market—rotting in the economic formaldehyde.

An emeritus professor of marketing at Toronto’s York University, Thompson used to write about how contemporary art prices seemed crazy merely to the uninitiated. The tsunami of cash sloshing through the art market, he wrote, actually represented a rational consensus reached by informed buyers and sellers. Those astronomical prices, however much they played to an intense “mine’s bigger” competition among the super rich, still had something to do with the artworks themselves—the ideas they encapsulated, the beauty of their forms, the backstories they told.

Thompson’s writing here is as informative as ever, particularly on the commercialism of the museum scene and the eerie parallels between the economic clout of the real-world economy’s one-percenters and contemporary art institutions’ very top tier. And this book is just as entertaining—there’s something fascinating about chest-puffing billionaires having at each other in bidding wars. But the author is no longer sure the veneer of rationality is holding up.

Mid-level and even emerging artists are now caught in the frenzy, with some who have never had a solo exhibition commanding million-dollar prices. Up-and-comers are ranked, solely in terms of market momentum, by for-profit research firms, which send “buy,” “sell” or “liquidate” advisories to prospective collectors.

The flip tactic, known to all real estate TV show viewers, is now common, with sales contracts promising no more than a price and a delivery date for sight-unseen works by relatively unknown artists being immediately resold—in one case, for a 75 per cent profit.

Marketing pitches from Christie’s, the auction house handling the Orange Balloon Dog sale, still played to ego: A successful bid for Koons’s work “would communicate the prominence and stature of the owner.” But the buyer, New York collector Jose Mugrabi—who, along with his father and brother, owns more than 1,000 Warhol paintings—didn’t put his trophy on display. It went into a warehouse in New Jersey in anticipation of quick resale, yet another portent of an art market bubble about to burst, Thompson argues. 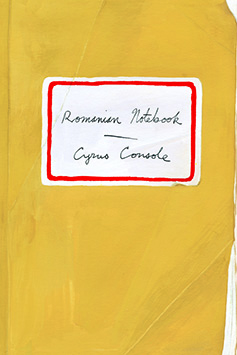 Time management is a subject usually reserved for corporate executives, less so for poets. Yet Cyrus Console, with two well-regarded books of poetry to his name, cannot help but bemoan his lack of industry. His misspent hours, days and years come under self-scrutiny when he learns his pregnant wife carries a fetus with elevated risk of Down syndrome. The family is about to leave for a month in Romania.

Console may possess the aura of adult responsibility—husband and father of one with another on the way, a writing teacher at the Kansas City Art Institute—but he sees his life as being full of wasted potential and being plain wasted. He spent half his time drunk or stoned before getting sober. Now approaching middle age, he is a writer who has “spent thousands of whole days not writing word one of the notable, not to say, great, works I privately consider as proven reserves.” He feels unaccomplished, unready for what is to come.

So, the clock ticks. Console visits his Romanian in-laws, his one-year-old daughter gets dual citizenship, the family travels to the towns of Roman and Iaşi, and he writes regularly in his notebook. We read interesting, if unconnected, musings on everything from the author’s lapsed vegetarianism in a country of meat-eaters, to the mating song of the wax moth, to the confusing and scary Romanian road rules. This may be a travel diary, but the distance covered is not so much in miles as years. Joan Didion, in her essay “On Keeping a Notebook,” understands the point of putting pen to paper is to “keep on nodding terms with the people we used to be, whether we find them attractive or not.”

Indeed, Console discovers an ability to recover moments of his life in prose: “I can move forward and backward in and among them at will, uninhibited by the ephemerality of speech, undaunted by the arrow of time.” This newfound discipline makes him feel like a real writer for the first time, and from this growing confidence comes something close to maturity. Romanian Notebook is a memoir of time lost, and gained.