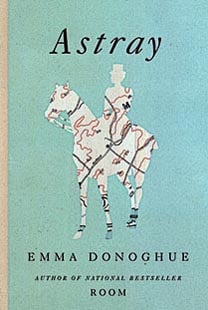 The links connecting the 14 stories in this collection are threefold. They all depict characters displaced in some way—from their homes, their children, their own feelings. Most are drawn from actual events that took place as long ago as 1639 and as recently as 1968, discovered by Donoghue through old newspaper articles and archived letters (including those of Charles Dickens). And, in the same way that the author has imagined the passions and follies of real-life people, each of her protagonists (among them a zookeeper, a pompous lawyer, and a bereft daughter) tries to get inside someone else’s head (whether an elephant, a coy widow, or a deceased transvestite father). Those efforts are a stark reminder that each of us can only truly know our own mind—and often, not even that.

The most affecting stories explore humanity’s lesser qualities: vanity, fear, pragmatism. In “The Lost Seed,” a devout bachelor living on a British colony in 17th-century Cape Cod dismisses his marriage prospects: one woman laughs, sings and “forgets the saying of the Apostle”; another is “comely, but not overmuch.” He takes it upon himself to “shine a light” on the illicit relationships of his fellow settlers, while his own loneliness seethes through the page. Perhaps most desolate is “The Hunt,” the story of a teenaged German mercenary recruited to help suppress the American revolutionaries. In the midst of a siege on a Yankee enclave, the boy is hit with a wave of epiphanies: he will never see his mother again; he wants to kiss a girl; and he will be killed if he abstains from a horrific act. In this context, his subsequent behaviour is as heartbreaking as it is heinous.

Dark stuff, but Donoghue pokes a hole through the misery to find the souls behind it—people reaching for life, doing the best with what they have.