The year's best titles, according to our books editor, range from Margaret Atwood's latest to a study of Jack the Ripper's victims 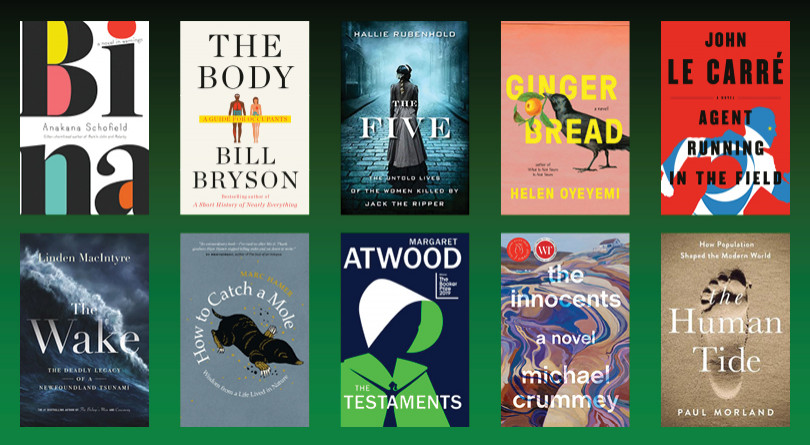 In 2019, like every other year, there were great books the whole world noticed and great books almost no one did. Here, in no particular order, are 10 of the year’s best. 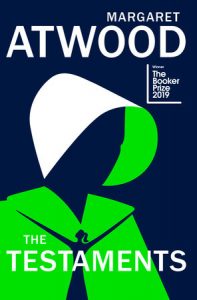 On the cusp of her 80th birthday, under enormous pressure to deliver a sequel to The Handmaid’s Tale worthy of its still-vibrant and politically potent predecessor, Atwood delivered. For some critics, it is a brilliantly plotted thriller that lacks the moral and intellectual heft of the original. They’re wrong. Three new female narrators explore Atwood’s career-long obsession with the question of “Who gets to tell the story and who has the power to suppress it?” ensuring that the new novel of Gilead’s totalitarian theocracy forms a brilliant diptych with The Handmaid’s Tale. As creepily gothic, compulsively readable, richly thematic and topical as the earlier novel—and, balm for Gileadian times, more hopeful—The Testaments is another foundation stone in a towering edifice of a lifetime’s work. 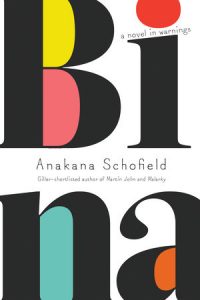 The acerbic elderly Irishwoman who is the eponymous narrator of this thought-provoking (and blackly funny) novel has an urgent story to tell. And her own way of telling it, one that parallels Schofield’s own distinct style. To the books warnings first: among them are, if a man comes to your door, don’t let him in, “even if you need something heavy lifted,” as well as, mind the Tuesdays, “very dangerous days.” The significance of the advice comes later, in fits and starts, but there is no other way to tell a story, argues Bina (and Schofield). “It’s how it is,” they directly address readers in a passage packed with imprecise pronouns. “And you never like how it is. It’s why you read in the first place.” 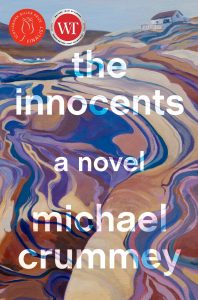 Navigating like few others through the links between past and present, Crummey has always written brilliant historical fiction. His story here turns on a brother and sister orphaned two centuries ago in an isolated Newfoundland cove. In a hardscrabble life, their parents had had little chance to teach 11-year-old Evered and Ada, nine, much about the wider world, but one lesson had sunk deeply within them: “A body must bear what can’t be helped.”  As the titular innocents move courageously through the seasonal rhythms of the year—and grow inexorably into puberty—the entire, profoundly heart-wrenching story turns on that fact of life, bearing what must be borne.

Agent running in the field 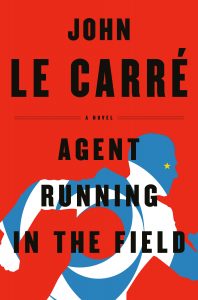 After tidying up his legacy as the greatest spy writer of the 20th century in the long, backwards look that is 2017’s A Legacy of Spies, Brexit turmoil has sent le Carré, 87, back to here and now. The story circles around Nat—a weary, middle-aged spy—and the much younger idealist Ed, whose name is a nod to Edward Snowden. Intricate, exciting and appallingly believable, Agent Running in the Field turns on questions both moral and political. Just what would Trump-era America exact from an isolated Britain in exchange for economic succour, for one. And, for another, how should a patriot respond? 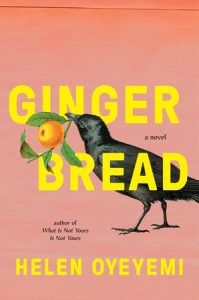 Serious themes about women and class in Britain run under the surface of Oyeyemi’s tale of teenaged Perdita and her immigrant mother, Harriet. But this bewitching novel dazzles on its absurdist surface. Gingerbread is Harriet’s all-purpose bribe and awkward means of approaching new acquaintances; Perditia is equally addicted to eating it, despite the fact it can kill her (she has celiac disease). The novel truly takes off when mother finds daughter in a gingerbread-induced coma and is driven to explain her surreal childhood, whether it really unfolded in the faraway land of Druhástrana or in an alternative—but creepily recognizable—England. 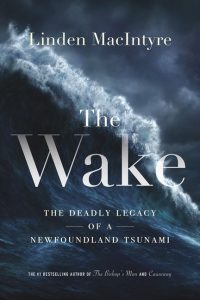 In haunting prose, the Giller Prize-winning novelist tells a factual story of time and chance and, simultaneously, of a kind of inevitability. On Nov. 18, 1929, a freak event occurred, a tsunami that killed 27 people within minutes and demolished outports along Newfoundland’s sparsely populated Burin Peninsula. In its wake, over decades that extend well into the 21st century, came hundreds of other deaths and palpable damage to one of the most enduring cultures in Canada. The through line between those outcomes—and the indifferent government response to them— forms the arc of MacIntyre’s account, but it’s also the tale of his own origins, and it is the subtle, nuanced intertwining of family and larger story that gives The Wake its power.

How to Catch a Mole 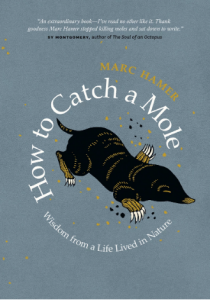 “I am old now and tired of hunting, trapping and killing, and it has taught me what I needed to learn.” From its opening words, this is a work of superbly written memory and reflection that will remind almost no one of any other. A half century ago, Hamer left an unloving home at age 16 and walked about Britain for 18 months, sleeping in hedges and fields, avoiding humans. After returning to school and emerging as a poet and creative writing teacher, Hamer settled in Wales as a traditional mole catcher. For all the entrancing insight he offers into an elusive creature, Hamer soars when describing his increasing oneness with nature and his readiness—not before his due time—to be re-absorbed into it in this moving, elegiac and endlessly beautiful book. 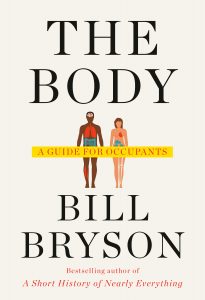 The most English of American writers is at his best in The Body, a wonderstruck account of what living marvels humans are. It’s a subject that offers ample scope for Bryson’s eye for absurd details (a study of 60 individuals found 2,368 species of bacteria in their navels), and medical irony (1950s cancer research funded by a tobacco industry trying to move the spotlight off cigarettes). His look at what makes us, grows us and ultimately disposes of us is endlessly engaging, right to the end of “The End,” the final chapter on death. After all, as the book’s last words put it, “Good while it lasted, wasn’t it?” 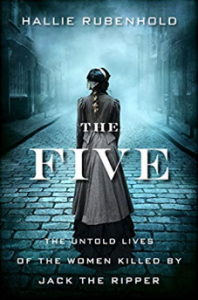 In the century-long debate over who Jack the Ripper was, his five “canonical” victims—the women all experts believe the Ripper murdered in London in 1888—have always been props in the story, just five luckless prostitutes. With passion and a relentless combing of public records, Rubenhold demolishes that idea. One was a full-time sex worker, but all five were hardscrabble Londoners, constrained by class and gender in their ability to earn a living, whose poverty led them at times to sleep—and die—in the streets. The Five, Ripperology’s #MeToo book, is more than first-rate social history; it’s a belated restoration of the victims’ dignity and humanity. 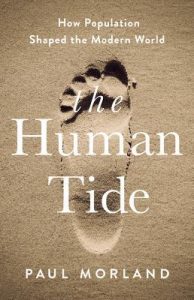 The population explosion that changed the world began in Europe two centuries ago, and powered European colonization of the New World, with horrific effects on Indigenous peoples. That wave began receding in the aging West a half-century ago, but the tide is still cresting elsewhere. Our future, The Human Tide predicts, will come in three colours—greyer, greener and less white. From Brexit voters to racists chanting, “You will not replace us,” in Charlottesville, Va., the fear stoked by “less white” has been a key factor in surging xenophobia in the West, making Morland’s account an absorbing history and a de facto political primer.