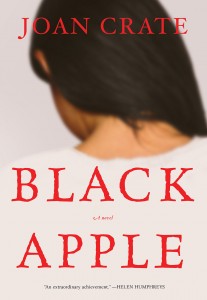 Crate, a Metis novelist and poet, builds her novel around a unique literary relationship between a lonely Aboriginal girl at a residential school and the head nun who prepares her for the convent. She delivers a poignant, intimate view of a harsh residential school life. And yet her exploration remains somewhat one-dimensional, barely resonating beyond the central characters to the troubled relationship between Canadians and First Nations.

The story opens on the Prairies just after the Second World War, where two white men arrive at the cabin that seven-year-old Sinopaki shares with her family. They have come to take her away to St. Mark’s residential school for girls. At St. Mark’s, nuns rename her Rose Marie. It is a cold, sterile place where Rose Marie sees the ghosts of girls who’ve perished from malnourishment, as well as a phantom nun and priest from the scandalous past.

Mother Grace, the aging nun who runs the school, is depicted as patient and decent if not exactly kind, committed to turning Aboriginal girls into good Canadian Catholics. But she also wavers in her faith, and is terribly bored by the pettiness and politics of the women she rules over. She finds renewed purpose in Rose Marie, whom she secretly adopts into her heart, giving her private spiritual training—and preventing her from returning to her family. As headmistress she is also responsible for the unspeakable violence in the school. She sometimes hears bloodcurdling cries from the dorm but she is just too tired to respond.

Mother Grace is an ambiguous figure meant to demonstrate the complexity of the white people running the residential school system. Yet even if a person is sometimes nice, allowing children in your care to be beaten is wicked. Starving children practically to death is wicked. Using political influence to keep a child from her loving father is wicked. Mother Grace is a very wicked woman and Crate’s unwillingness to thoughtfully interrogate this truth is mystifying, and weakens her book.

A theme of defeat pervades this work. Rose Marie resents her father’s inability to remove her from St. Mark’s. She resents the seeming powerlessness of her people. And the impermeable whiteness of her world makes her doubt her traditional beliefs. Finally, late in the novel she does develop a sense of agency. But as the only character moving through a stalled history, she’s just not enough.