Book review: Anne Rice finally gets back to vampires 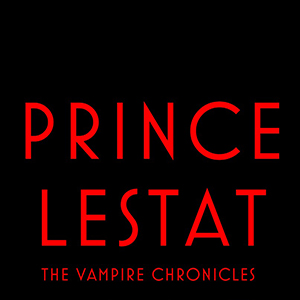 In the canon of literary vampires, there are really only two superstars: the original Count Dracula, created by Bram Stoker in 1897, and Lestat de Lioncourt, star of Anne Rice’s Vampire Chronicles. Beginning with 1976’s Interview with the Vampire, Rice’s series pretty much birthed the contemporary vampire craze, especially the notion of the creatures as beautiful and sensitive romantic leads. But while Stoker’s monster has never quite left us (see the new big-budget action flick Dracula: Unborn), Lestat has been lying dormant since 2003, when Anne Rice put a nail in her Chronicles to focus on a spiritual quest. In the decade that Rice spent writing about Christ and angels and the like, vampire storytelling exploded, fuelled by the extraordinary commercial success of Twilight and True Blood. It is into this territory that Rice and Lestat now return.

Set in the present day, Prince Lestat deals with the fallout of the revelation of the existence of vampires in modern society. When the first rule of bite club is don’t talk about bite club, how do you deal with a world that not only knows about you, but now has the technology to track your every move? Lestat himself is to blame, having published a tell-all autobiography. (Rice cleverly acknowledges her book Vampire Lestat in the narrative, a bit of monster meta.) And yet, it is Lestat who remains the greatest hope for a community under siege, not only from scientists out to exploit them, but from a mysterious, malevolent “Voice” compelling them to war. If he can finally use to learn email, that is.

Unlike some of Rice’s past novels, which were densely packed with historic details, Prince Lestat is epic without being impenetrable. It’s practically soap opera-like, briskly recapping 10 books’ worth of characters and clans, with plot twists that shake families and, of course, plenty of emotional turmoil, spiced with sex and death. It seems Rice set out not to make the next great vampire novel, but the next Game of Thrones.