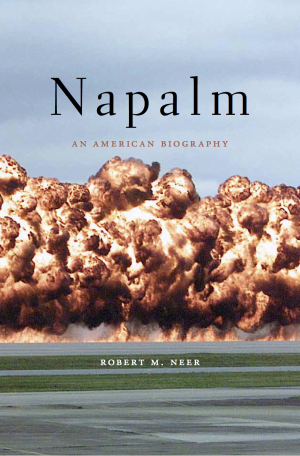 On a beautiful July 4 in Boston in 1942, Harvard chemist Louis Fieser, head of Anonymous Research Project No. 4, lugged a 35-kg object onto the university’s soccer field. After he retreated a dozen metres and pushed a button, a spectacular fire cloud rose into the air and lumps of flaming gel fell back to earth. Tennis players scarcely 15 m away fled in panic, the first of hundreds of thousands to be terrified or killed by Fieser’s invention. Napalm, icon of the war in Vietnam, had come to life: “I love the smell of napalm in the morning,” says Robert Duvall’s demented character, Bill Kilgore, in Apocalypse Now, “it smells like victory.”

Although it had roots as deep as Greek fire—humans have been doing their best to burn one another to death for millennia—that Independence Day explosion was also a newborn, one of the first fruits of the military-industrial complex President Eisenhower would later warn his nation about. Long before Pearl Harbor, influential American academics, already convinced their country would become involved, had watched the Luftwaffe drop tons of incendiaries on British cities. Some became intensely interested in finding ways to literally fight fire with fire.

By the war’s end, napalm was an angel of death on a vast scale. In 1945, the U.S. “scorched and boiled and baked to death more people in Tokyo on the night of March 9-10,” during a mass bombing run, “than went up in vapor at Hiroshima and Nagasaki combined,” wrote Curtis LeMay, the American general who directed all three attacks. But the atomic bombs took all the notoriety and postwar moral qualms, while napalm continued in unquestioned use.

Until Vietnam and one of the 20th century’s most famous photos: nine-year-old Kim Phuc, now a grown woman in Toronto, running down a Vietnamese road in 1972, naked and on fire. Revulsion has held sway in popular opinion, foreign and domestic, ever since. Napalm, a hero of the Second World War, Neer writes, is now a war criminal on probation.