Sophia Loren looks back on life and love: book review

Sophia Loren is among the most respected film icons of the last century; as Roberto Benigni says, ‘She is Italy’ 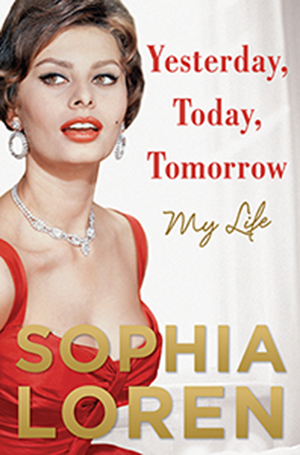 It’s Christmas Eve. An 80-year-old Italian woman has spent the day preparing struffoli for her grandchildren. The youngsters are tucked in their beds. Grandma retires to the solitude of her bedroom. On a back shelf, hidden in shadows, is a box filled with photos and letters. She loosens the lid, delves inside and is carried back in time.

Hard to imagine a hoarier trope to frame an autobiography, except the octogenarian in question is Sophia Loren, among the most beloved and respected film icons of the past century. And she holds little back in this, her first-ever memoir. There is a divine earthiness to Loren, an attribute that easily trumps her legendary sexiness. It spills from every page, beginning with her hardscrabble childhood—she and her single mother were often close to starvation at the height of the Second World War (memories of which helped shape her Oscar-winning performance in 1961’s Two Women)—to her global superstardom. She freely, gratefully acknowledges her tremendous beauty and appreciates the effect she has on men (one reason the book received so much pre-publication attention). Cary Grant, for one, beseeched her to marry him. A parade of other leading men—Charlie Chaplin, Frank Sinatra, Paul Newman, Gregory Peck, Omar Sharif—fell under her spell. Marlon Brando, cast opposite her in A Countess from Hong Kong, learned what potent stuff she’s made of when, after an uninvited grope, she turned and hissed, “Don’t you dare.”

But there has only been one man in her life, producer Carlo Ponti. She met him while still a starlet in her early teens, became his lover and, after endless years of very public complications, married him in 1966. They remained inseparable until his death in 2007 at age 94. A few others are held nearly as dear: director and mentor Vittorio De Sica, Marcello Mastroianni (their kinship spanning 40 years and a dozen films), her two sons.

Her other great love remains Italy, particularly the Naples of her youth. In 2001, when Hollywood’s A-list assembled at a gala to salute Loren’s lifetime achievement, her friend Roberto Benigni introduced her. Eschewing his trademark freneticism, he spoke from the heart. “When I hear the name Sophia,” he said, “I jump, and jump again because it’s an explosion of life . . . She is Italy, and very Italian. When she moves, when she walks, all of Italy is walking. You can see Sicily, Tuscany, Lombardy move. Then Milan, Florence, Naples, the Leaning Tower of Pisa, the Colosseum, pizza, spaghetti, Totò, De Sica, she holds all these things and all these people inside.”