14 telling years in the life of Winston Churchill 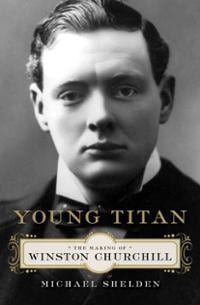 Winston Churchill’s 90-year life was so stuffed with adventures that Michael Shelden has the luxury to start in 1901, Churchill’s first year as a politician, and end in 1915, with his career in ruins. During those 14 years, his twin qualities of brilliance and recklessness would make headlines. The book starts in frigid Winnipeg, as the 25-year-old regales a theatre with his adventures as an officer and war correspondent during the Boer War. He’s already famous, but desperately needs the $150,000 (in today’s currency) that he’ll make from a two-month lecture tour: his job as an MP has prestige but no salary.

Even before he entered the House, he was marked as a politician to watch. His hard work was legendary. After Churchill was made undersecretary of the Colonial Office, a bureaucrat sought out some aristocratic advice before signing up to work with the mercurial, demanding politician. “The first time you meet Winston, you see all his faults,” advised the dowager countess of Lytton, “and the rest of your life you spend in discovering his virtues.” By 1906, he was in trouble with his boss when what Churchill had claimed was a private fact-finding mission to the colonies turned into an official tour, involving the use of a naval cruiser. Naturally, he turned the journey into a book, My African Journey. That same year, he got permission to attend German army exercises as a guest of Kaiser Wilhelm II. Even then, warning bells were being sounded about Churchill’s impulsivity. “The king asked me to warn you against being too communicative and frank with his nephew,” the prime minister warned Churchill. His upward political trajectory ended as first lord of the admiralty, destroyed by the disastrous Gallipoli campaign. In one of his typical sweeping gestures, he left his political life and rejoined the military full-time, as a major in the trenches of France. Fortunately, he’d rise again. In 1939, he was back at the Admiralty. And this time, his brilliance would outweigh his recklessness.