The life of P.K. Page: Exclusive excerpt from a new biography 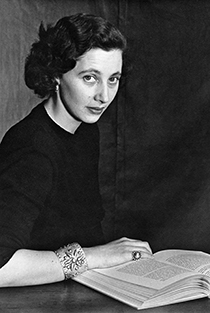 Maclean’s presents part three in a series with the five Charles Taylor Prize nominees. The prize for literary non-fiction, which recognizes excellence in Canadian non-fiction writing, will award $25,000 to the winning author on March 4.

When the respected scholar, author and critic Sandra Djwa embarked on Journey With No Maps: A Life of P.K. Page more than a decade ago, she had no inkling of how challenging or far-flung the expedition would be. It’s the first biography of the charismatic, convention-defying female poet and painter who inspired a generation of writers, including Margaret Atwood, Michael Ondaatje and Alice Munro. The St. John’s, Nfld. native, whose prior studies of CanLit include acclaimed biographies of Roy Daniells and F.R. Scott, calls it “the most difficult book I’ve ever written.”

Djwa, 73, first read Page in 1962. “It was an astonishing poem about first love—simple, delicate, yet fierce.” In 1970, she invited the poet—by then P.K. Irwin after marrying diplomat (and former Maclean’s editor-in-chief) Arthur Irwin—to address her class at Simon Fraser University, where she taught Canadian literature from 1968 to 2005 and is now a professor emeritus. Djwa’s first impression of Page? “Oh, quick, quirky, witty, somewhat temperamental. You never knew what to expect.” In 1997, when she was 80, Page approached Djwa to write her life story. Part of their agreement was that Page would submit to interviews but would not have final say over the book’s content, which delves into her complicated love affair with the married F.R. Scott in the ’40s. Biographers have one responsibility, Djwa says: “To tell the truth, as much as you can know it.”

Establishing that truth could be challenging. “P.K. was all over the place,” says Djwa, referring to Page’s peripatetic life. She was born in England in 1916, zigzagged across the Prairies as a child, settled in Montreal in the ’40s, then travelled with Irwin when he was posted in South America and Austrialia, locales that inspired her colourful, lush landscapes. In the mid-’60s the couple returned to Victoria, where Page died in 2010. Her records too were scattered and incomplete, Djwa says; poems and paintings were undated. Occasionally, author and subject differed about events. In one instance, Page recalled seeing Mackenzie King in London in 1935; Djwa found no reference to him being there. (A footnote addresses the discrepancy.)

Djwa’s exhaustive research connects the many dots of Page’s singular life–personal, creative, cultural. “It was extraordinarily difficult for a woman poet of her generation,” she says. Page’s stylish demeanour masked insecurities and frustrations, says Djwa. “She always gave such a strong performance; people didn’t look behind the facade.” Now, with this riveting portrait of the artist as a young–and old–woman, they will. 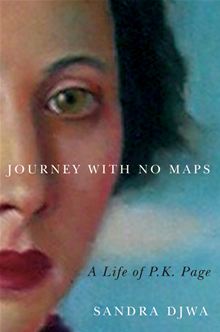 The young woman’s skin was like velvet under the shade of her large hat. Tawny skin, huge grey eyes—her face was a portrait framed by a wide black brim. Or so thought Jori Smith, a Montreal painter. It was spring 1942 and Jori was lunching with her sister-in-law, Constance Garneau, at a new restaurant popular with artists. “Constance, look at that girl over there. Hasn’t she a face like a pansy? You know, those dark-faced pansies with white inside and that special velvety quality.” A week later Kit Shaw, the photo librarian at the Montreal Standard, telephoned her: “I’ve met this absolutely delightful girl, Jori, you’ll love her. Can I bring her for tea?” When Jori opened the door to her studio on Ste Famille Street, she recognized the younger woman instantly. “My God, you’re the girl I saw in The Salad Bar.”

The young woman was Pat Page. She had been in Montreal for five months and was seen having lunch with Eric Gaskell of the Canadian Authors Association. Many years later, reflecting on her lifelong friendship with Jori Smith, Page said: “I think that people anticipate each other . . . I don’t think you meet for the first time . . . Either you have opened the same door . . . or something has anticipated the immediate physical encounter.” The doorway that opened to the friendship between the two women was their creative vocation; as Pat later wrote to Jori: “I know no one who paints more accurately as I would like to write.” Throughout the Montreal years she was to move between two groups of people—literary and artistic—but the boundaries were porous and the personal connections very close.

Pat Page had left Saint John in October 1941 with a suitcase, a hat box and her typewriter. The box was large enough to hold also an aluminum kettle, essential for boarding-house living but impossible to buy during wartime. After a brief stay with friends of her parents, the Jacquays, she found a place of her own at a boarding house called the Epicurean Club at 1484 Sherbrooke St. An early-forties story, “Looking for Lodgings.” a combination of realism and surrealism, describes a young woman, much like herself, searching for a place to stay in wartime Montreal and encountering a series of landladies, who fall back on the same refrain: “Ain’t got no room. Ain’t got none.” When the young woman finally obtains a room of her own, her sense of possession is so expansive that it takes in the whole city. “She filled the room, became too large for it . . . She was the city—spreading out and out. She floated high and horizontal.”

Pat occupied a small room high up—on the third floor of the Epicurean Club, where big windows flooded the room with light; later, she moved down to the second floor, where her room was larger and there was a balcony where she grew pink petunias in the summer. In this room of her own she kept regular office hours. She wrote and typed her stories, plays and poems during the morning, had a quick lunch at the corner drugstore and worked again during the afternoon. In the late afternoon or evening she would meet friends and sometimes invite one of them for dinner at her boarding-house.

She was highly self-disciplined. From October to December 1941, Pat worked mostly by herself, sending out the manuscript of The Sun and the Moon and various short stories to editors and publishers. In effect, she adopted a regime that nurtured her creativity, and by setting herself up as a professional writer she evolved into one. It was an enormous encouragement when the novella was accepted by Macmillan, probably in early 1942. During this period she also wrote a half-dozen short stories and retyped her earlier work.

Her most important literary contact during her first five months in Montreal was the blind Alan Crawley, editor of Contemporary Verse in British Columbia. Crawley was closer in spirit to the Georgians and to the Imagists than to the later moderns, but he knew good poetry. He accepted new poems by Pat in a letter that arrived when she had settled in Montreal, acknowledging the high quality of her work. In a response to Crawley in early December 1941, Pat says that she does not shrink from criticism, indeed she welcomes it. “At the moment I am on my own in Montreal knowing practically no one who writes and having no critical eyes scan what I am writing and should welcome anything you have to say. More than anything else in this world I would like to be a good poet—which remark sounds so absurdly young that I almost blush at having written it; I say it simply that you may know that I am working in earnest.”

Crawley was a careful and sympathetic editor. An older Page recalls that he encouraged her to rethink some poems and pointed out occasional weaknesses in diction and structure. In the first issue of Contemporary Verse (September 1941) Crawley included two poems by Pat, “Ecce Homo” and an imagist poem, “The Crow”:

by the wave riding the air, sweeping the high air low

in a white foam, in a suds,

in a cutaway, in the mist

In December Crawley published another of her poems, “Blackout,” expressing war fears.

Excerpted from Journey with No Maps: A Life of P.K. Page by Sandra Djwa. Copyright © 2012. Published by McGill-Queen’s University Press. Reproduced by arrangement with the publisher. All rights reserved.