But will this young-adult dystopia boom have a happy ending? 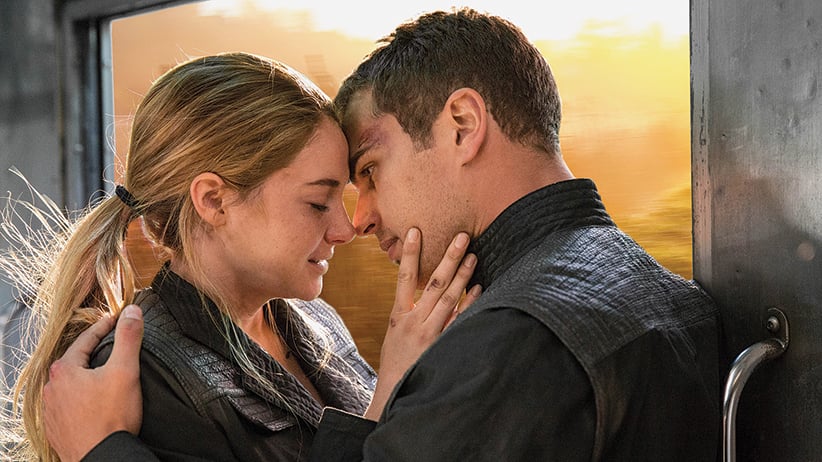 There’s a basic algorithm that people in the entertainment business apply to gauge the pop-phenom potential of a young-adult fiction series. Does it catch something in the zeitgeist or in the eternal rhythms of teen life? How arresting is its surface world, whether that involves magic, vampires or televised mortal combat? Above all, how well does it bind those aspects with the real hooks—the emotional relationships between the protagonist and those around her (always, since Harry Potter, her). Few have ever scored as high as Divergent, which will arrive in theatres on March 21. Producers snapped up its film rights, and publishing insiders correctly predicted its immediate bestseller status even before its 2011 publication.

Author Veronica Roth, 25, wrote most of that book, the first in a trilogy of novels that continued in Insurgent (2012) and Allegiant (2013), while still at Northwestern University in Chicago. The story is set in that city, in a dystopian near-future, when the whole of society is as shoehorned into cliques as high school students are. Protagonist Beatrice “Tris” Prior, now 16, has come to the age when, helped by an aptitude test, teens must choose which of five lifelong castes to join: Abnegation (consisting of those who help others), Amity (the peacemakers), Dauntless (the fighters), Candor (the brutally direct truth-tellers) or Erudite (the intellectuals).

But what if a girl has aptitude for more than one calling? What if she is, like Beatrice, brave, smart and selﬂess? Then she’s divergent, really divergent: Many people have a major and a minor, so to speak, but to be spread across three of the five factions is rare, and unsafe in her rigid society. Beatrice is warned to keep her true self hidden. She does, but to her Abnegation parents’ sorrow, still chooses Dauntless, home of the brave and, not infrequently, the narcissistic. (There is a downside to every faction.)

What teen hasn’t experienced the tension between the familiar and safe and the new and exciting, and resented the pressure to finally choose? Top that off with a tortured romance, an absorbing thriller plot, and prose that, at times, is very good indeed. (Roth, who has made no secret of her own struggles with anxiety, writes finely about Beatrice’s anxious moments.) The result was a megaseller (more than two million copies) “that was a lot of fun, a page-turner,” says Anna Fitzpatrick, 22, a bookseller at Mabel’s Fables in Toronto. “And it has very film-worthy scenes,” Fitzpatrick says. “I’m excited to see the movie.“

Add in two rising stars, Shailene Woodley as Beatrice/Tris and Theo James as Four/Tobias, plus Kate Winslet as chief villain, and the road to box-office gold seems clear. But the filmmakers have displayed their own signs of anxiety, in a slow-building publicity campaign that peaked earlier this month with a 14-city, star-adorned red carpet tour. Toronto, the sole Canadian stop, rated the presence of the two leads. Most of the worry has come from the disappointing ticket sales racked up by City of Bones, last year’s supposedly sure-fire YA franchise. After eight Harry Potter films, five Twilight and two (so far) Hunger Games, has the genre—the past decade’s most reliable source of book and film blockbusters—run its course?

Then there’s Roth herself, who hasn’t exactly played by pop-phenomenon rules. There is more of her own life in Divergent than Beatrice’s anxieties. The granddaughter of devout concentration camp survivors and the daughter of a secular mother, Roth embraced Christianity at university and was writing about Beatrice’s leap of faith not long after making her own.

True to her Christian world view—and dauntless personality—Roth crafted a devastating ending to her trilogy in Allegiant that shocked and alienated many fans. As bookseller Fitzpatrick notes, a lot of teens who cheered a character “who resisted being slotted into a predetermined niche didn’t like it when the series refused a predetermined happy ending.” Whether those readers, the ones who loved Divergent and hated Allegiant, show up at the multiplex along with the diehard fans will determine the film’s fate.