'The Grapes of Wrath' celebrates its 75th anniversary 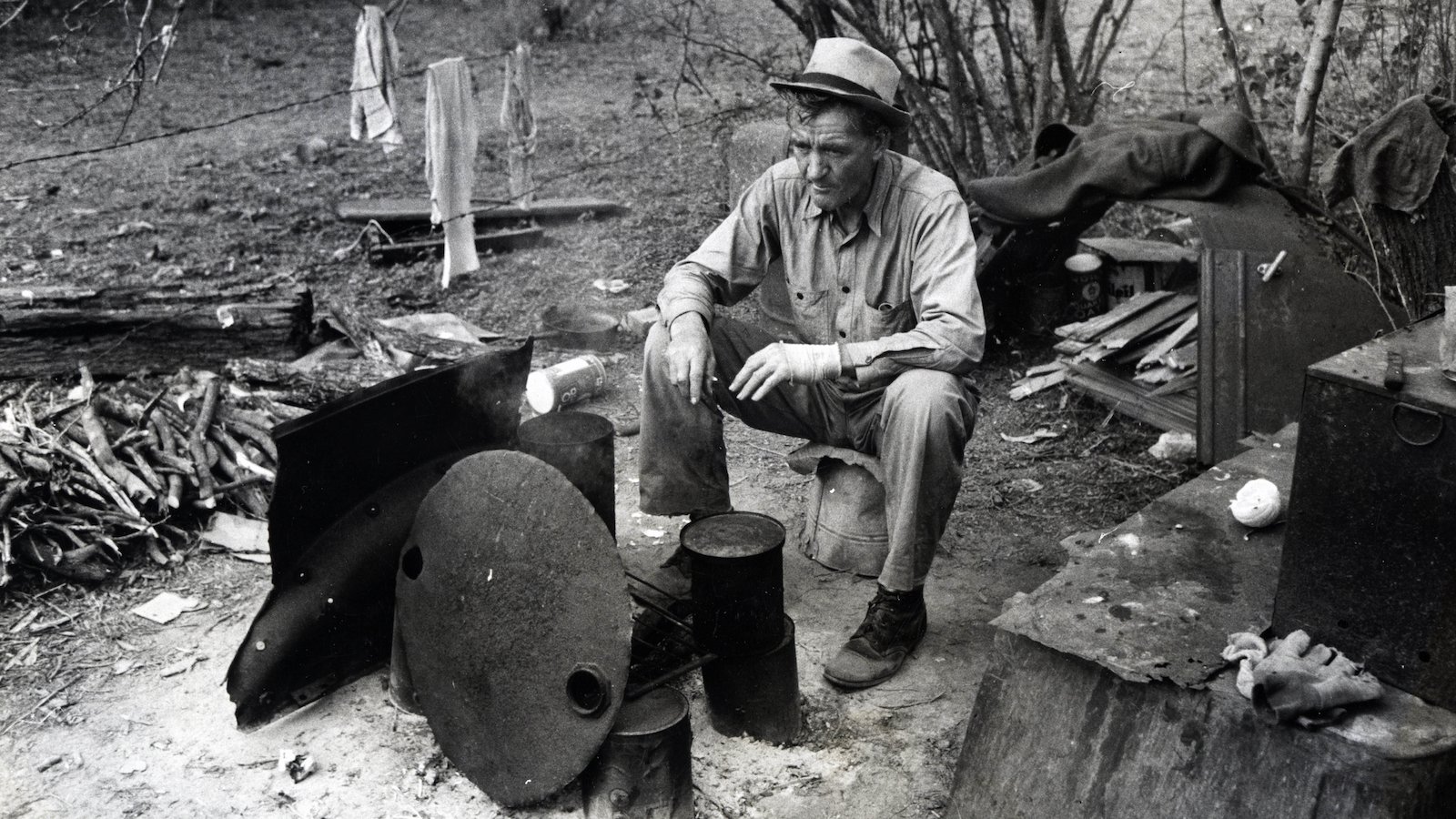 From the moment it was first published in April 1939, The Grapes of Wrath has riven Americans. John Steinbeck’s perpetual bestseller has been hailed as a literary masterpiece and dismissed as sentimental dreck by influential voices. Number 10 on the Modern Library’s 1998 list of the 100 best English-language novels of the 20th century, it was also the main book the New York Times had in mind in its response to the author’s Nobel Prize in 1962: “The Swedes have made a serious error by giving the prize to a writer whose limited talent is in his best books watered down by 10th-rate philosophizing.” And that’s just the literary critics squabbling—the political divide has been deeper and more bitter.

Steinbeck’s tale of dispossessed and abused Okie migrant farm workers looking for a new life in California was immediately condemned in Congress by Oklahoma’s representative as “a lie, a black, infernal creation of a twisted, distorted mind,” and stoutly defended by first lady Eleanor Roosevelt. In California, library systems banned it and cities organized book burnings, even while Hollywood director John Ford rushed to create a classic 1940 film version. Ever since, readers have debated the author’s quasi-Marxism, his ever-more apparent ecological sensibility and his historical accuracy—including originating his Joad family protagonists in Sallisaw, Okla., far from the Dust Bowl drought lands.

Through it all The Grapes of Wrath, like the unstoppable Joads themselves, has endured, inspiring the film by Ford and Steven Spielberg’s forthcoming remake, and songs by Woody Guthrie, Bruce Springsteen and Mumford and Sons. That’s because, says Susan Shillinglaw, English professor and director of the Center for Steinbeck Studies at San José State University, The Grapes of Wrath is both literature and cultural artifact, “a great novel of social protest that argues for pulling together, that taps deeply into one authentic strain of the American spirit. Not the pure individualism always trumpeted, but the ‘We, the people,’ strain.”

Steinbeck, a ferocious patriot, always thought of himself not as some sort of Bolshie outlier but squarely within the national tradition, particularly when it came to the abolition of slavery—a state he explicitly compared to that of the migrant farm workers. That’s why he insisted on the novel’s dust jacket bearing the lyrics to Julia Ward Howe’s Civil War anthem, The Battle Hymn of the Republic, from which he took his title (Mine eyes have seen the glory of the coming of the Lord / He is trampling out the vintage where the grapes of wrath are stored). And Steinbeck, without being much of a believer himself, was steeped, like Abraham Lincoln, in the imagery and cadences of the King James Bible. He knew perfectly well where Howe had found her ominous reference: in the Book of Revelation 14: 19-20, “The angel swung his sickle on the earth, gathered its grapes and threw them into the great winepress of God’s wrath. They were trampled in the winepress outside the city, and blood flowed out of the press.”

But readings like Shillinglaw’s haven’t impressed literary theorists on the whole, as she acknowledges, recalling the legendary critic Leslie Fiedler’s remarks at The Grapes of Wrath’s 50th anniversary celebration: the novel was “middlebrow” stuff, sentimental and not to be compared with the 1930s’ true classic novel, Gone with the Wind. (How someone could contrast Margaret Mitchell’s novel, with its happy and loyal house slaves, with Steinbeck’s book, and criticize the latter for unrealistic sentimentality, Fiedler did not explain.) “The simple language, the agrarian themes, the philosophical debates conducted in dialect—The Grapes of Wrath has always suffered at the hands of theorists,” says Shillinglaw.

Recently, though, critics more interested in economic and historical themes have shared the enthusiasm of the Swedish Academy and millions of American readers. It certainly can’t hurt the novel’s appeal that its catalyzing event—the Joads’ loss of their home through eviction—has such contemporary resonance in the U.S. Nor are its ultimate villains any more popular: “The bank—the monster—has to have profit all the time,” says Tom Joad. Not even the conditions faced by the migrants have truly gone away. In 2014 the New York Times, the paper that in 1962 sniffed at Steinbeck’s proletarian angst, has been running a series on Florida tomato pickers’ struggles for decent working conditions.

As for the bad history, Shillinglaw’s new companion piece to the novel, On Reading The Grapes of Wrath, easily brushes them aside. So Steinbeck put the Joads in dust-free Sallisaw? He did that, she points out, because it was the hometown of Pretty Boy Floyd, bank robber and folk hero—he destroyed mortgage records during his heists—who plays a tiny but symbolic role in the novel. Claims that the author exaggerated the conditions in the workers’ camps have grown as their actual memory has faded, at least for white American citizens. But The Oklahoma Encyclopedia of History and Culture, otherwise no fan of Steinbeck’s depiction of the state, thinks he got the camps right: “There seems justification for the calls from some Oklahomans to send the state militia to protect their countrymen.”

Reasons enough for ongoing life. Of all the novel’s iconic moments, made all the more so by Ford’s brilliant film, none stands out like Tom Joad’s final speech, alternately celebrated and scorned by the book’s lovers and detractors: “I’ll be all around in the dark—I’ll be everywhere—wherever there’s a fight, so hungry people can eat, I’ll be there. Wherever there’s a cop beatin’ up a guy, I’ll be there. I’ll be there.” Just like, to all indications, The Grapes of Wrath itself.

FILED UNDER: John Steinbeck the grapes of wrath