By Cézanne: A Life 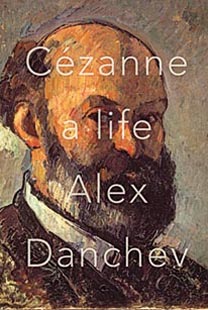 There is one pressing question when considering a freshly printed tome on the legendary Paul Cézanne. Is there enough new information to justify a comprehensive assessment of the French painter who is often called the father of modern art? Surprisingly, yes. Much has been written about him, but not in the last few decades. This new book by author and academic Danchev is a thoughtful study of the existing primary source material, plus an aggregate of quotes from important artists, philosophers and writers who’ve had a “Cézanne epiphany.” By showing how Cézanne influenced others—such as Seamus Heaney, Freud, Rilke and Canadian artist Michael Snow—Danchev adds considerably to our understanding of the artist and his impact.

Danchev debunks the caricature of Cézanne as a stock figure of derision, “part clown, part vagrant, part bumpkin.” In reality, Cézanne was the kind of classically educated person who could interrupt a lecture on Virgil to correct the speaker and recite passages from memory. The author tackles several other myths: that the artist’s father kept him exiled in Aix in the 1860s; that Cézanne was sexually uncomfortable with nude models; that he and Émile Zola had a falling-out later in life; that his wife, Hortense, was uninvolved in his work; that he was demented at the end of his life. Now we know better.

Readers may grow weary of digesting lengthy passages that refer to Cézanne only indirectly. Some quotes feel twice removed, like excerpts from Virginia Woolf’s biography of art critic Roger Fry. There is Baudelaire on beauty. There are elaborate literary parallels between Cézanne and protagonists in works by Beckett, Kafka, Balzac and, more directly, Zola. Danchev makes guesses about Hortense by examining Voltaire’s paramour. He suggests that Cézanne’s feelings about his father could mirror Kafka’s. (Sure, maybe.) But Danchev earns the right to his conjectures by his exhaustive research and probing analysis of Cézanne’s portraits and landscapes—the best stuff in the book by far.