Cheetos? You can thank the U.S. military for those.

Book review: An insider look at how America's military-industrial complex spawned some of our favourite foods 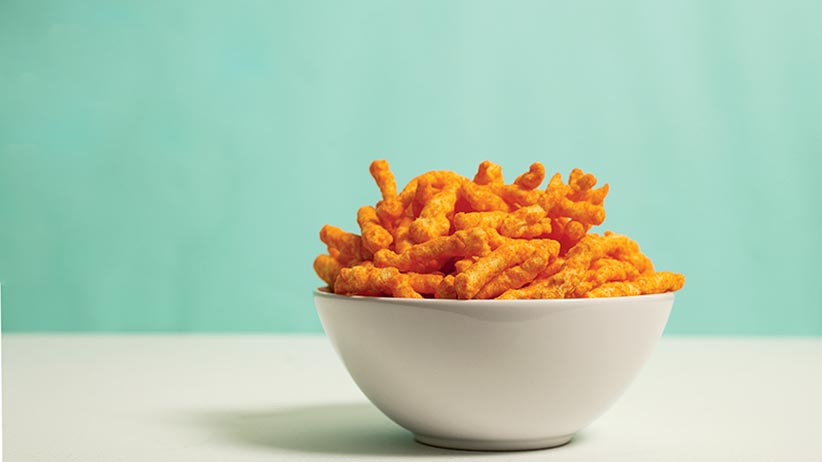 Consider this required reading for foodies, nutritionists and those hoping to snag a free patent from the U.S. military to develop army rations. De Salcedo holds her nose while untangling the complex relationship between the U.S. Department of Defense’s $3.8-billion annual budget for military rations, and industry partners eager to perfect the manufacturing and transport of processed food. Everything eventually ends up on the supermarket shelves, where it becomes the backbone of the American diet—for better or worse.

It all starts with a visit to the Natick Soldier Systems Center, the 29-hectare compound outside Boston where food scientists call soldiers “warfighters,” but the author goes further, digging up declassified DOD documents and food science journals. What emerges— backed up by 37 pages of footnotes and sources—is a picture of the military’s quest for cheaper, tastier, nutritious, portable rations, with little regard for the long-term effects of additives and nutrition-leeching processing. The military (openly) wants industry to be ready for wartime-ration production, if necessary, so the relationship between big companies like Nabisco and General Mills and the DOD is cozy. FDA approvals come faster, it seems, with the DOD on board.

While showing the Natick Center’s undue inﬂuence on funding for American food research, de Salcedo also supplies a critical history of combat rations (i.e., canning and radiation debacles), restructured meat and soft bread. You know those energy bars with bits of chocolate? They are the result of the U.S. military’s goal to replace the tasteless “D ration” from the Second World War with a sweet food bar incorporating heat-tolerant chocolate. The result was a flood of research and a fight between Mars and Hershey for the contract (Mars won). Oscar Mayer got the DOD patent to make packaged deli meats more cheaply by improving the taste of less expensive cuts of meat with phosphates and salt. We also have the military to blame (or thank) for Cheetos, because it was the army’s desire for shelf-stable cheese that led to the invention of powdered cheese. Frito Lay obliged and the rest is snacking history.