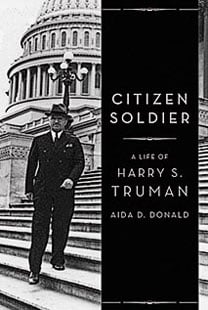 Of all the accidental presidents of the U.S., the men who came to the Oval Office through the deaths of their predecessors, Harry Truman was at once the most likely—Franklin Roosevelt was a very sick man—and the most unlikely. It’s impossible to imagine the machine politician from Missouri winning the job on his own, without the benefit of incumbency. He just didn’t look or sound like a president to his contemporaries: when Truman entered the East Room for FDR’s White House funeral service, two days into his own presidency, no one stood up—an unheard-of insult to a president. He himself blurted out, early on, “I felt like the moon, the stars and all the planets had fallen on me.”

But based on Truman’s nearly eight years in office, scholars beg to differ. The conclusion of the Second World War, the founding of NATO and other efforts to contain an expansionist U.S.S.R., firing overbearing Gen. Douglas MacArthur, and staunch support for the fledgling United Nations have all led historians to conclude that Truman, who consistently makes their top-ten presidents lists, was the very embodiment of Shakespeare’s third part of greatness, one of those who had “greatness thrust upon them.”

Donald convincingly finds the secret to Truman’s astounding success—essentially inheriting a prostrate world and managing it until it was on its own feet again—in the president’s character. She emphasizes his personal honesty even as he won elections with the aid of a corrupt political organization, and the loyalty to his fellow soldiers Truman developed in the Great War. Loyalty to common soldiers played a key role in what will forever be his most contentious act, the atomic bombs dropped on Japan. Truman believed that he was “saving the lives of 250,000 boys from the United States,” as he wrote his sister. The man whose desk sported a sign reading “The buck stops here” knew what would unfold; he suffered from severe headaches in the days before and after making his decision, but he still made it.