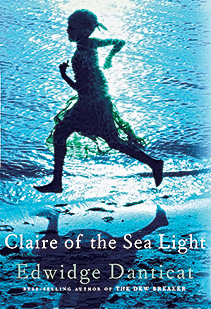 Claire Of The Sea Light

In Danticat’s latest novel, lives are shaped by accidents. The book begins with a fatal one—a rogue wave rises from the ocean near the town of Ville Rose, Haiti, swallowing a local fisherman. It’s the seventh birthday of Claire Limyè Lanmè, named for her mother, who died in childbirth. As people gather to mourn the fisherman, Claire’s father, Nozias, contemplates giving her away to a wealthy shopkeeper whose own daughter died in an accident. But just as Nozias makes the painful decision to part with his only child, she vanishes.

In a series of linked stories, Danticat reaches into Ville Rose’s past, exploring the varieties of grief leading up to the day of Claire’s disappearance. There’s the shopkeeper, Gaëlle, ten years earlier, preparing to give birth during a month so hot “frogs exploded”; Bernard, a young writer for the local radio station who dreams of hosting a show about the gang members who rule his neighbourhood; and Louise, host of a radio talk show, who airs the town’s secrets while hiding her own peculiar ailment. In less-skilled hands, the novel’s structure might have become a gimmick, offering an empty frisson as characters converge in a climax like pieces completing a puzzle. But Danticat’s stories never build to a tidy resolution. These are spectral tales; they haunt long after the pages have turned. And in the end, they lead us back to Claire, who finally has a chance to author her own fate.

Ville Rose may be marked by death—the mayor is also the town’s undertaker—but Danticat suggests there is some solace in airing grievances and sharing stories. It’s why the most popular show on the radio is Louise’s tell-all program. “She liked to start the hour by welcoming her guests with the words ‘Di mwen.’ ‘Tell me,’ she would say. ‘We are ready to hear your story.’”