A conversation with Daniel Handler, aka Lemony Snicket

The latest from the bestselling author is an adult book about dads, feral children and stealing life from others 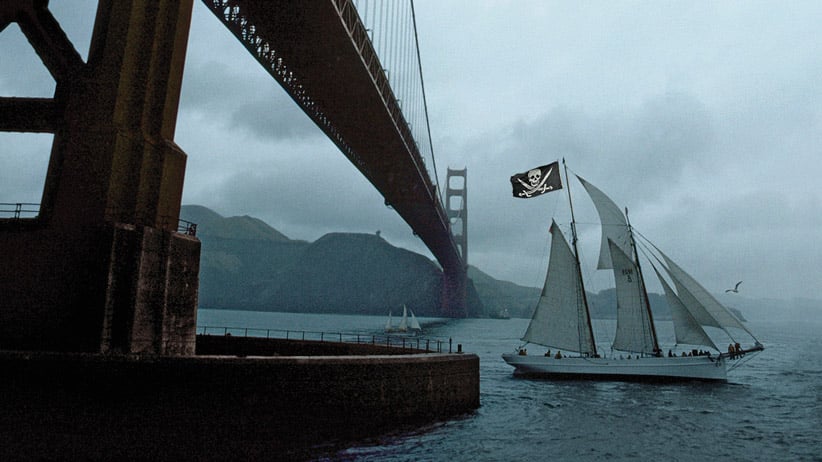 Daniel Handler, the American author who rose to fame—under the pseudonym Lemony Snicket—as author of the bestselling children’s books A Series of Unfortunate Events, is a prescient man. Not far-seeing enough to have avoided uttering a tasteless and effectively racist joke about watermelons at November’s U.S. National Book Awards ceremony, after African-American author Jacqueline Woodson was presented with a YA award for Brown Girl Dreaming. (Handler quickly apologized, and handsomely, donating $10,000 to We Need Diverse Books, and promising to match other donations up to $100,000.) But prescient enough, in his latest adult book, We Are Pirates, written long before this fiasco, to have penned—in the sort of ironic aside in which Snicket specialized—a sentence showing how attuned he is to the concerns of black authors. When Handler wrote about Manny, a recruit to the pirate crew about to terrorize present-day San Francisco Bay, he added, “Just about everybody else, by the way, in this book is white.”

It was simply a flick at something he had long been aware of in his own reading, Handler told Maclean’s. “It was Toni Morrison, I think, who noted that in a story you know which characters are black because they say so, and which characters are white because they don’t.” (The tendency is so invisible that its reversal—Christopher Paul Curtis wrote in 1999’s Bud, Not Buddy how Bud, two other children and “a little white girl” went down to the water together—has an arresting effect.) “I thought Manny, the most outsider in a novel about outsiders, should be highlighted.”

We Are Pirates is certainly about outsiders. But Handler’s novel about a father, Phil, and his teenaged daughter, Gwen, and the rest of her pirate quintet—two other 14-year-olds, an old man in the early stages of dementia, and Manny—is also about the sins of the fathers, children gone feral, and the way we steal life and happiness from others. The alliance of the teens and pensioner, Handler says, was a natural. “I was thinking about who would be furious about their own marginalization and who would dream of rebelling, so I came up with very old people and very young people. I lost my father to dementia about a year and a half ago, and watching him go through dementia I saw the way anger is mentioned in the health care system as though it’s another medical symptom, rather than a perfectly rational response to all the rest of it: ‘You seem rageful, must be the medication.’ ”

If that explains why elderly Errol is eager to take to sea, the teens pay homage to A High Wind in Jamaica, which Handler describes as “a strange book that chronicles some children who are captured by pirates and don’t mind it.” That’s one way of summoning up Richard Hughes’ 1929 modernist classic about children who adapt all too easily to pirate life and, even more disturbingly, to being restored to “civilization.” Children’s eerie adaptability is the (comic) premise of A Series of Unfortunate Events, as well as a quality Handler has noted in his own life. “When my son was young, my wife and I realized we hadn’t had any conversations with him about ‘strangers’—we’re not that anxious parenting sort—but we thought we should, and we asked him, ‘What if a stranger asks you if you want a ride in his car?’ His eyes lit up and he said, ‘What kind of car?’ I thought, ‘Well, time to get the cash ready for the ransom.’ ” 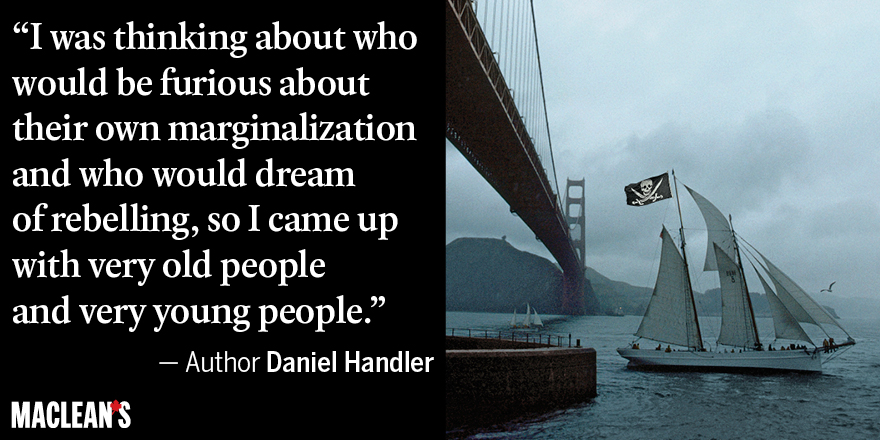 The theme is far from comic in his novel; when Gwen first fancies herself a pirate, a reader might smile, but not after she turns out, in Handler’s words, “to be maybe something even more dangerous.”

Unsettling, gruesomely funny and beautifully realized, We Are Pirates manages to be very much a novel of the times without going on about electronic devices and the digital revolution—the characters all toss their smartphones overboard, an authorial device as deliberate as the presence of Manny’s skin tone. “No one has a grip yet on how to write about our times with its mass of electronics and all the changes happening so quickly,” says Handler, about his technology-obsessed peers. “So I think many novelists are writing historical fiction.” This pirate novel is anything but.