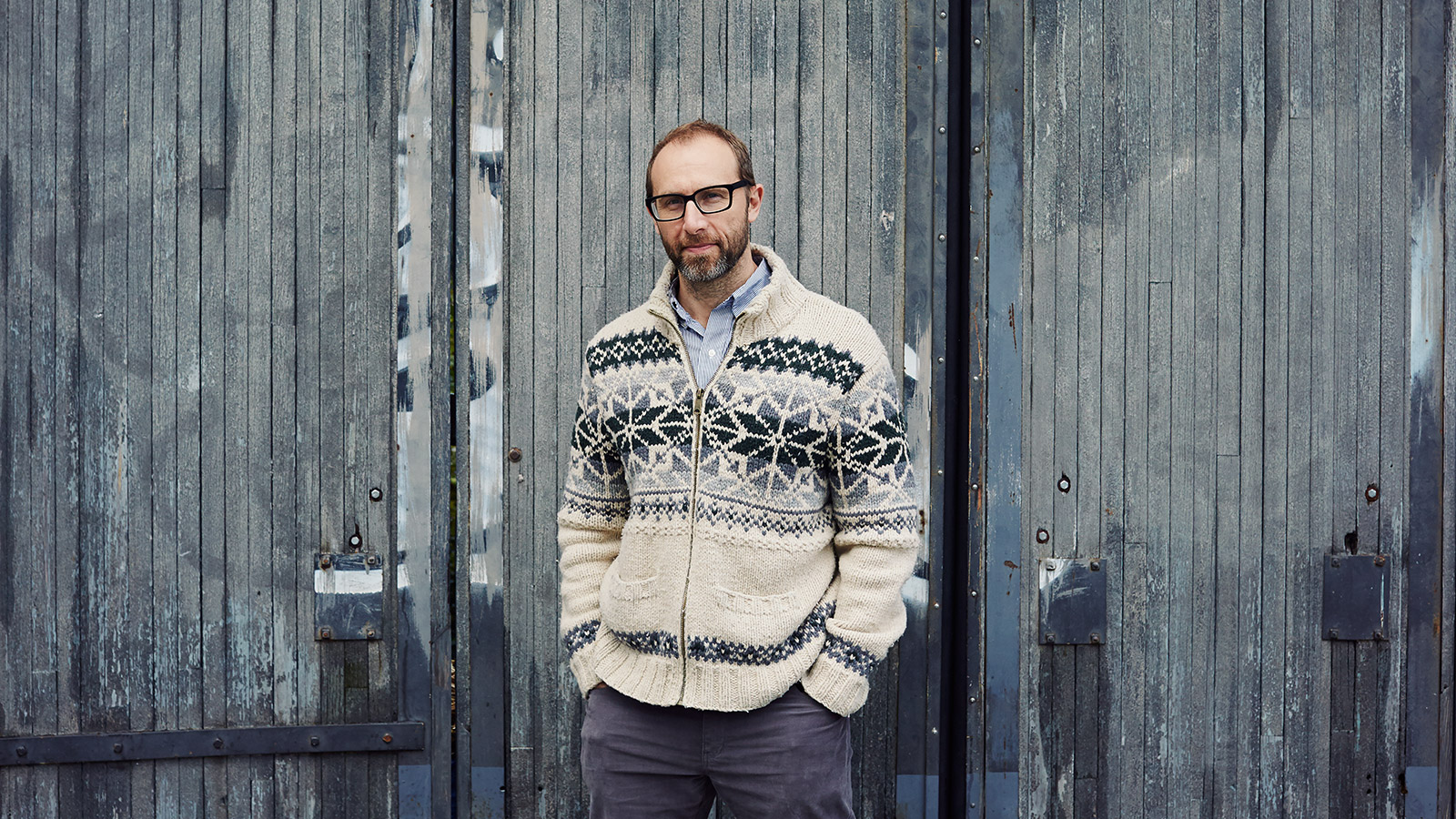 Canada’s most distinguished literary prize awards $100,000 annually to the best Canadian novel or short-story collection published in English. In this series, Maclean’s highlights the work and artistic process of the six Scotiabank Giller Prize nominees. Here, David Bezmozgis, author of The Betrayers, discusses the clash of novel and real time.

The imaginary world of authors is on a constant collision course with reality, David Bezmozgis allows, both in the sense of the subject matter itself and notions of how a writer’s life should, or would, unfold. “I have been fortunate so far,” he says, “but the future of living by writing is uncertain in an age when anything can be digitalized and endlessly copied.”

And then there was the matter of catching up to what was transpiring in formerly somnolent Crimea. Bezmozgis’s Giller-nominated The Betrayers, four years in the making, is set there. Summed up for the curious by the novelist as “a disgraced Israeli politician meets the old friend who denounced him to the KGB 40 years earlier. This happens in Yalta. Which is in Crimea.” And which was also the scene of the postwar conference that carved up Europe. It marked the last time—pre-Vladimir Putin—that the once Ukrainian and now Russian territory was newsworthy.

“I kept watching the situation,” says the 41-year-old Toronto writer, worried about his friends there and whether he could keep the date he wanted for setting his contemporary political novel. “I wanted it to be in the immediate moment—August 2014—to go with September publication. But events imposed a change, and I had to set the novel in the past, in 2013.”

David Bezmozgis on his writing process

Sometimes, when I am too witless to avoid it, I tell people I am a writer. It usually has the effect of making them uncomfortable and confused. I understand. It’s awkward to encounter a live writer in an age where most people don’t read books yet still harbour some vestigial, guilty, schoolmarmish feeling that reading is something they should do. Well, that’s not entirely true. People do read some books, just usually not the kind I write. “Do I know anything you’ve written?” people will hopefully and half-heartedly inquire. “I don’t know what you know,” I will reply, as politely as I can, feeling genuinely sorry for us both. To the question, “What kind of books do you write?” I’ve not been able to come up with better than “Books for grown-ups.”

It’s a strange time to be a writer of books for grown-ups. I don’t deceive myself by imagining that there was ever a time when people cared a great deal about the kinds of books I write. Shortly after winning the Nobel Prize in literature, Saul Bellow admitted to feeling culturally irrelevant. So I don’t harbour any illusions. What I mean is that for writers like me—who came of age before the Internet—it’s been a peculiar adjustment. The ideal of the writing life I coveted as a young man is ever more elusive, if not altogether unattainable. When I was in my twenties, I read Philip Roth and Mordecai Richler and dreamed of leading a similar sort of life—by which I mean sustaining myself, in a more or less respectable fashion, by writing one thing or another over an indefinite period of time. I didn’t know if I would ever realize this dream—and in fact doubted it very much—but I never had reason to doubt the durability of the dream itself. That it has vanished—is vanishing—is hard to accept. And then there’s also the irony of how and why it’s vanishing, that it’s the proliferation of writing that is responsible for the demise of “writing.” It feels strange to call yourself a writer at a time when nearly everyone is writing more than you are—texting, tweeting, blogging, posting—generating megs of “content” of no fixed value. And yet, and yet, the romance of the writing life endures, despite all objective evidence to the contrary. People seem capable of simultaneously pitying and envying writers. They will ask, almost in one breath, what else the writer does for money and if he writes in the morning or in the evening or when inspiration strikes.

The truth, of course, is that writers are the wrong people to ask. In my experience, those most curious about the writer’s life are writers themselves. Writing is a solitary practice. It’s like what sex used to be like before it, too, was demystified by the Internet. Sitting at our desks, we wonder if we’re doing it correctly, if we’re making foolish and embarrassing mistakes, secretly suspecting that everyone else is doing it better, more effectively, deriving more pleasure.

Frances Itani: Tracing the aftershocks
Miriam Toews: Nudging along a difficult conversation
Heather O’Neill: Addicted to the drug of books
Padma Viswanathan: Shadowed by a bombing
Sean Michaels: When the story is stranger than fiction