David Duchovny—yes, of X-Files fame—explores fathers, sons and resilience in his latest novel 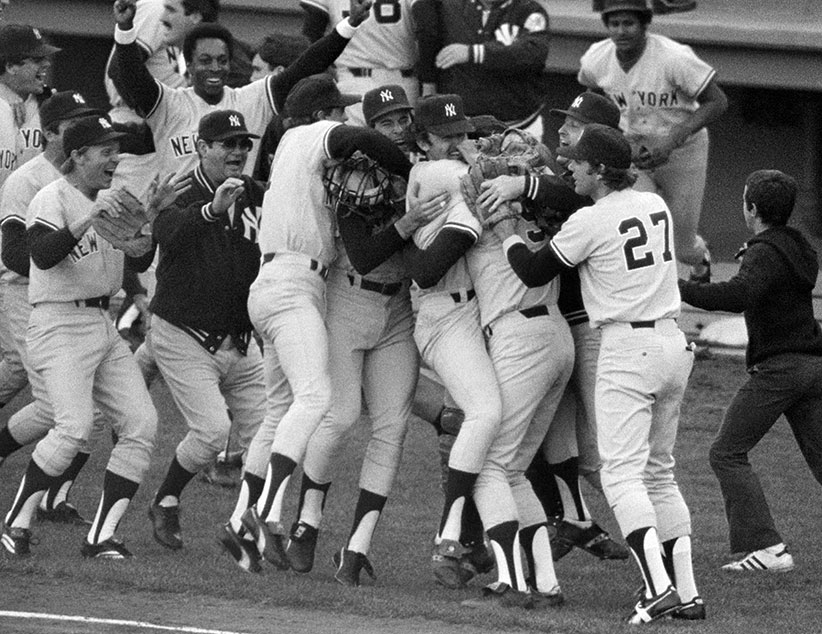 Boston Red Sox fans of an age are painfully familiar with the man in the title. The middle name, after all, is one they bestowed upon him after the lightly regarded New York Yankee shortstop hit that homerun, the one that killed the Sox in a rare one-game playoff after the two teams finished tied in the 1978 baseball season. Boston hadn’t won the World Series in 60 years and, no small thanks to Dent, wouldn’t win again for another 26 years. For a novel about fathers, sons, resilience and the revenge wreaked by life’s losers, Duchovny—yes, that David Duchovny, The X-Files’ Fox Mulder himself—couldn’t have picked a better setting or a more evocative title.

Ted Fullilove, his name a wink and a nod to his creator’s well-known issues with sex addiction, is a contemporary trope sent back in time, a thirtysomething Columbia grad earning his living selling peanuts at Yankee Stadium while flailing about in his attempts to write a great novel. If he had been aiming at satire, Ted might have already launched his career: he describes one of his works-in-progress as very po-mo, “nothing much happened in the novel, but it happened very slowly.”

Ted learns that his estranged father, who claims to have been conceived on the night of the last Boston Series win in 1918, has terminal lung cancer—and is gripped with a fantasy that he cannot die until Boston wins again, presumably in the fall. In actuality, Marty’s health goes up and down like the Red Sox’s fortunes in the rollercoaster 1978 season, so Ted enlists his father’s friends and his grief counsellor (the woman of Ted’s dreams) to mount a Potemkin winning year and fool Marty into remaining alive as long as possible.

Behind the well-worn Americana—baseball! Lovable eccentric friends!—is a story that walks a tightrope. Sometimes it tumbles into sugar-sweet nostalgia, sometimes it falls the other way into an unsavoury shared sexual legacy (Marty’s surname is Fullilove too). But mostly Duchovny manages to keep on track, turning a familiar theme of fathers and sons bonding at long last and just in time, into a story that’s compelling, whimsical and funny—right up until F–king Dent hits that homer.