Maclean's presents part two of our series with the five nominees

The Charles Taylor Prize for Literary Non-Fiction, which recognizes excellence in Canadian non-fiction writing, will award $25,000 to the winning author on March 4. Join Maclean’s and the five finalists Feb. 27 for a panel discussion at the Harbourfront Centre in Toronto. 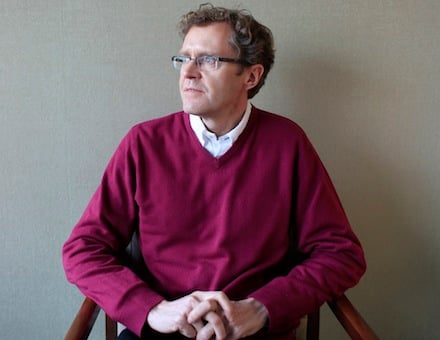 Ross King, 50, may have a Ph.D. in English literature, a couple of novels and six critically acclaimed books on art history to his credit, including Leonardo and the Last Supper, nominated for the Charles Taylor prize. But as a boy growing up in Saskatchewan, what King really wanted to be was a political cartoonist. A certain Prairie realism—“I had no ability to draw or paint,” he says—sent him to university for 14 years. Next, unable to find an academic job, he tried his hand at historical novels. They did “well enough,” says King, who has lived in Britain since 1992, but he still wanted to write about actual history, particularly art history. “What I took away from novels were the basics of writing them—plot, character, action, atmosphere. I wanted to put all that into books that read like novels except that everything was true.”

King may not be able to draw, but craft well-researched, beautifully written, novel-like illuminations of key moments in the history of Western art? That he can do like few others. Since 2003, three of King’s books have been nominated for the Governor General’s Literary Award, with two of them winning it, including Leonardo.

The story of Leonardo da Vinci and the painting—whose only rival for the title of the world’s most famous is his own Mona Lisa—was a natural for King. There’s an epic arc to it, with Leonardo ingeniously inventing ways around the limitations of fresco and his own inexperience in the medium, ways that succeeded brilliantly at the time but carried the seeds of their own destruction—the painting has been deteriorating ever since it was finished some 500 years ago. More compelling for the character-driven author, though, is the fact that “Leonardo is probably my most interesting case study. I’m always trying to show the human side of the artists, and for Leonardo there’s a lot of material. We have his grocery lists: he was a vegetarian but he used to buy eels and make an eel and apricot dish as a delicacy for his apprentices. So he put eels on the table in The Last Supper.”

We also know much about Leonardo’s sexuality and what that means for the widespread—“half the people at my readings,” says King—Da Vinci Code-inspired belief that the beardless figure beside Jesus in The Last Supper is actually Mary Magdalene and not the Apostle John. “Sexual identity is always a social construct, and the 15th century had radically different ideas about it than our time,” notes King. “But Leonardo, given the absence of women in his life, was by current standards a gay man” who liked to surround himself with beautiful young men, including the one King believes was the model for John. That would be Salai, who first entered Leonardo’s life as a troublesome errand boy before quite possibly becoming his lover, destined to be immortalized in one of Western art’s greatest masterpieces. 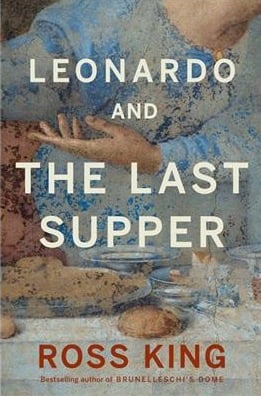 Leonardo took a fattorino, or errand boy, into his studio in the summer of 1490. “Giacomo came to live with me on the feast of Saint Mary Magdalene, 1490, aged 10 years,” he recorded. Giacomo’s full name was Gian Giacomo Caprotti da Oreno, but his unruly behaviour in Leonardo’s studio quickly earned him a nickname: Leonardo began calling him Salai, Tuscan slang for demon or devil. Things went wrong very quickly. “The second day I had two shirts cut out for him,” Leonardo wrote in a long letter of complaint to the boy’s father, “a pair of hose, and a jerkin, and when I put aside some money to pay for these things he stole four lire, the money out of the purse; and I could never make him confess, though I was quite certain of the fact.” The boy’s transgressions did not end there. On the following evening, Leonardo went to dinner with a friend, a distinguished architect, and Giacomo, invited to the table, made a memorable impression: “Giacomo supped for two and did mischief for four, for he broke three cruets and spilled the wine.” Leonardo vented his fury at the boy’s behaviour in the margin of the letter: “ladro, bugiardo, ostinato, ghiotto”—thief, liar, obstinate, glutton.

More was to come. Some weeks later, one of Leonardo’s assistants, Marco, discovered that a silverpoint drawing had gone missing along with some silver coins. Conducting a search of the premises, he found the money “hidden in the said Giacomo’s box.” No one was safe from Giacomo’s light-fingered predations. A few months on, early in 1491, Leonardo designed costumes of “wild men” for a pageant in honour of Lodovico Sforza’s wedding. Giacomo, who accompanied Leonardo to the costume fitting, spotted his chance as the men undressed to try on their outfits: “Giacomo went to the purse of one of them which lay on the bed with other clothes . . . and took out such money as was in it.”

What did Giacomo do with his ill-gotten gains? Like any other 10-year-old, he took himself off to the sweet shop. This we know from Leonardo’s aggrieved account of the circumstances surrounding the disappearance of a Turkish hide for which Leonardo had paid two lire, and from which he was hoping to have a pair of boots made for himself. “Giacomo stole it of me within a month,” he wrote, “and sold it to a cobbler for 20 soldi, with which money, by his own confession, he bought aniseed candies.”

Despite all this, not only was Giacomo allowed to remain in the studio; the larcenous fattorino was clearly treated by Leonardo as a favourite. Indeed, Leonardo lavished gifts on him from the outset, making sure he was dressed, like his master, in beautiful clothing. In the first year alone, Giacomo’s wardrobe cost Leonardo 26 lire and 13 soldi, the annual wage of a domestic servant. These articles included an astonishing 24 pairs of shoes, as well as four pairs of hose, a cap, six shirts and three jerkins. Undated notes written sometime later recount how Leonardo bought Giacomo a chain and gave him money to purchase a sword and have his fortune told. “I paid to Salai three gold ducats,” reads another, “which he said he wanted for a pair of rose-coloured hose with their trimming.” Giacomo, like his master, evidently favoured pink tights. A week or two later, more purchases: “I gave Salai 21 braccia of cloth to make a shirt, at 10 soldi the braccio.” Thus, the material alone cost 210 soldi, or more than 10 lire—half the annual wage of a domestic servant.

Why this sticky-fingered little clothes horse managed to keep his place in the Corte dell’Arengo is fairly simple. Giacomo held a great physical attraction for Leonardo, who was bewitched by the boy’s appearance, especially his curly hair. According to Vasari, Salai was “a very attractive youth of unusual grace and looks, with very beautiful hair which he wore curled in ringlets and which delighted his master.” Giacomo seems to have served as a model for Leonardo. No definitive image of him exists, but art historians refer to a distinctive face that appears repeatedly in his drawings—that of a beautiful youth with a Greek nose, a mass of curls and a dreamy pout—as a “Salai-type profile.”

Excerpted from Leonardo and the Last Supper by Ross King. Copyright © 2012 Ross King. Published by Bond Street Books (Random House). Reprinted by permission of the publisher. All rights reserved.