Read an excerpt from Diane Schoemperlen's RBC Taylor Prize-nominated book, 'This Is Not My Life'

Novelist Diane Schoemperlen fell in love with a convicted murderer. The relationship did not work out.

In early 2006, Diane met Shane, and so began a doomed six-year romance that was always going to be doomed in life and in afterlife in a way unlike other bad affairs. Not only was he a convicted murderer, serving almost 30 years of his life sentence, she was Diane Schoemperlen, a Governor General’s Award-winning novelist. Shane, although he denied it, was thoroughly “institutionalized,” in the jargon of correctional institutes everywhere, meaning he had mastered the skill set necessary to survive and even flourish behind bars for that long, a skill set that was perversely skewed against his success once he was released. And Schoemperlen is someone who feels, understands and lives in the world by writing about it. There was always going to be a book about Diane and Shane.

A very good book it is, too, nominated for this year’s $25,000 RBC Taylor Prize. This Is Not My Life, Schoemperlen’s first non-fiction work, was a struggle for her, both in terms of craft and in the uncomfortable necessity of turning a novelist’s ruthless eye upon herself. Some of it is an everywoman’s story: “You fall in love with a murderer like you fall in love with anyone,” Schoemperlen writes, a tale of the contemporary struggle for space and distance, intimacy and closeness. Some of it is an even-handed dismissal of Corrections Canada’s “Monty Python-esque” regulations and the tough-on-crime policies of Stephen Harper’s government. Mostly, it is an honest, finely written account of a brave attempt at a hopeless cause. 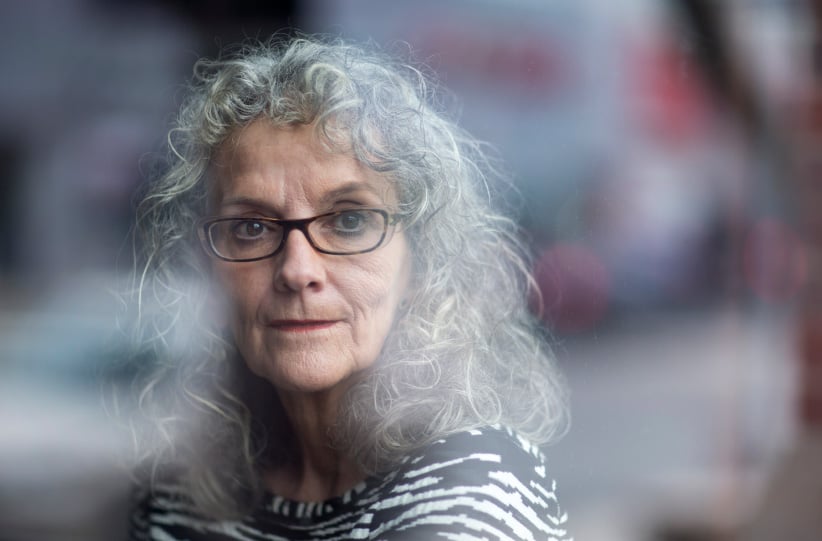 Diane Schoemperlen, author of This Is Not My Life: A Memoir of Love, Prison, and Other Complications. (Photograph by Nick Iwanyshyn)

An excerpt from This Is Not My Life

On Friday morning, I arrived at the halfway house at 11:30. Shane’s belongings were already packed and stacked in the parking lot. Two items were missing: my old pillow, which had disintegrated when he put it in the washing machine, and my father’s cane, which he’d lost. He and Lenny were on the front steps waiting for me. We loaded the car, then Shane went inside to hand in his key. Lenny and I stood there smoking. I could see tears in his eyes.

I hugged him and said, “Don’t worry, everything will be all right. Don’t worry, I’ll take good care of him.”

Lenny sighed and said, “He’s a heavy load, you know.”

Shane came back outside, they had a manly hug, and then we got in the car and drove away. In the rear-view mirror, I could see Lenny alone in the parking lot, waving. We turned the corner and headed home.

We lived together for 49 days.

I thought we would at least have a honeymoon stage before getting down to the business of ﬁguring out how to live together. I thought he would be happy just to be home. Looking back, I realize I didn’t know then and don’t know now what “happy” would have meant for him, what exactly this condition we call “happiness” would have entailed. How often do we make this mistake, assuming we know what these words mean for someone else, for someone we love? How often do we assume their deﬁnition of happiness must be the same as our own?

He was now as close to total freedom as he, a lifer, was ever going to get. I thought freedom would be enough for him. Being with him had reminded me of how precious it was—and of how those of us who’ve always been free simply take it for granted. But once he had it himself, it seemed an impossible gift he didn’t know what to do with. I thought I would be enough for him. But I was wrong about that, too.

Shane had said so many times that all he wanted was a quiet, peaceful, ordinary life—with me. In retrospect, I can see how utterly naive I was, imagining he would know how to do that. Perhaps I should have given more thought to the fact that there seemed to be a pattern in his previous behaviour—that every time he’d come close to having that, he had done something to make sure it didn’t happen. In retrospect, it was as if by granting him full parole, the board had given him to me, just handed him over and said, “Here you go, ma’am. We’ve looked after him for 30 years. Now you do it.”

He was miserable from the minute he walked in the door that ﬁrst Friday afternoon. I helped him unpack and put away his things. I noticed but didn’t mention that the paint-by-number sets I’d given him were still untouched, and the blank notebooks were still blank. What I remember most of that ﬁrst weekend is him sitting on the couch scowling at the TV. Scowling at me, too, every time I went near him. The cold he’d had before the hearing was back, and it was much worse. I remember saying I’d go to the drugstore and buy some NeoCitran. I remember him saying he needed some lotion too, because his skin was dry and itchy. I said I’d buy some Keri lotion. I knew it was his favourite. He said it was too expensive. Then we had an argument about the cost of lotion.

I understood that he wasn’t feeling well. But I didn’t understand why he was so angry at me. This was when he started calling me “the new warden” and himself my “pet convict.” I did not yet understand that he had to have someone to ﬁght against—that he had been for so long in the “me versus them” mode that he couldn’t ﬁnd another stance, another way to be in the world. When he was at Frontenac, he could ﬁght against the staff, his parole ofﬁcer, the warden, all the other guys. When he was in Peterborough, he could ﬁght against the director and the supervisor, his employers, his co-workers, all the other guys. Once he came home to stay, there was nobody to ﬁght against except me. He did not know how to stop ﬁghting against and start ﬁghting for. I did not yet understand that he was only comfortable when he was miserable, that he was only happy if he was making someone else miserable too.

I did not yet understand that he was afraid. That for him, jail felt safer than being on the street. That contrary to what Janis Joplin had said, freedom was just another word for everything left to lose.