The author of 'Shrewed' contends we're at a historic moment in gender relations, and there's no going back 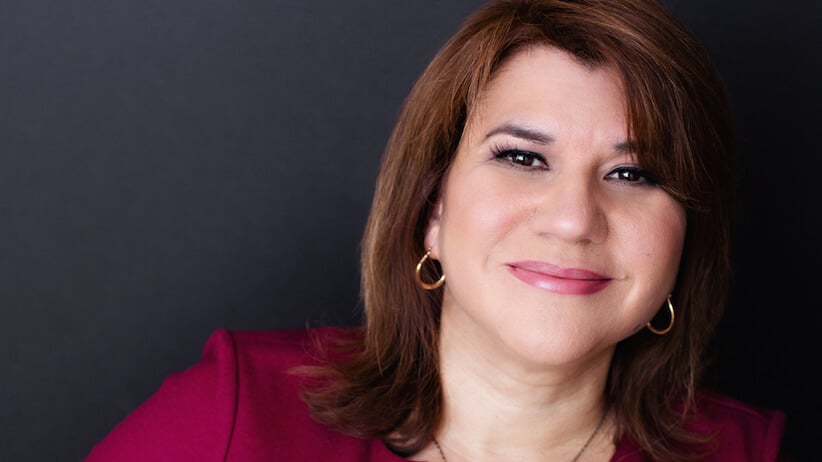 Elizabeth Renzetti’s collection of essays, Shrewed: A Wry and Closely Observed Look at the Lives of Women and Girls, draws upon the longtime Globe and Mail columnist’s decades of reporting on women’s issues and thinking about her role as a committed feminist. In style and subject, the essays are an omnibus: Renzetti, 51, reflects on issues of equality and harassment, on her inner fears about being a “bad feminist,” and on how her philosophy has informed her experiences as a parent and as a female journalist in a traditionally sexist work environment. She also talks about the women who have inspired her—from Germaine Greer to millennial feminists on social media to her own mother.

You write: “I have no creed in this world—no religion, no ideology—except feminism.” As a creed, feminism is notoriously slippery. What’s yours, and has it evolved?

At its essence, it’s equality of opportunity and outcome for men and women. And it has evolved. In the ’90s I was all about empowerment feminism—all Carrie Bradshaw all the time and lap dance your way to liberation. Its parameters were that you could achieve equality through personal emancipation. But it didn’t look at structural problems of bias, oppression, and inequality. We aren’t our sister’s keeper was my understanding of feminism at the time. Obviously, I was concerned with all kinds of things, from violence against women to abortion rights—these are the things I wrote about. But looking back, I think it’s a selfish kind of feminism because it had to do with my own liberation, my own consciousness-raising. And I wasn’t as aware as I should have been of how different biases affect women around me. I think in the last few years people have become a lot more “woke” to that.

What prompted your shift in thinking?

Part of was listening to young feminists, who see things in such a different way. They’re much more enlightened than I was about issues around race, ability, socio-economic status. It can be painful. It’s hard to listen to younger women pointing out that just being a woman isn’t the sole point of pain in our lives, and that lots of women experience reality differently than I do as a middle-class white feminist. There’s a much bigger, wider, broader system of discrimination than I first realized.

Has social media played a role in that process?

That’s definitely been part of it. Being exposed to thinkers I might not otherwise have encountered, in places like Twitter. There’s this schism between older and younger feminists that gets overplayed in the media, but I do see it happening. Younger feminists have this fierceness that I found off-putting and even frightening at first. But it made me realize how old and stodgy I was in my thinking, what a stick-in-the-mud I’d become. That’s not good for anybody’s ideology, so I tried to listen and see where they were coming from. They have a completely different interface with the world, which has changed so radically from when I was in my 20s. The different challenges they face are almost unimaginable. They may be a bit shirty with older feminists, and maybe we deserve it, but they’re really good with each other. They’re supportive, they’ve linked arms, they’re fighting together, and I find that totally refreshing and wonderful.

So, you don’t share these oft-touted criticisms of millennials as “snowflakes,” etc.?

When I look at young feminists I couldn’t be more pleased. When I hear older people call them snowflakes, or prudish, I always ask: are you reading or listening to them? Because it’s the opposite. They’re fiery and ferocious. They aren’t taking any s–t; they’re warrior princesses. They’re completely sure of themselves in a way I never was, and that’s completely inspiring. I periodically hear from women in their 80s who were consciousness-raising in 1972 and who tell me how happy these young women make them. But you don’t hear that in the discourse, you hear about inter-generational fights.

It’s unusual to hear a woman talk about social media as liberating, or mind-expanding. What’s your own experience there as a feminist journalist been like?

You mean how often do I get called “c–t”? Pretty frequently. It’s a vile place for women, especially black women, indigenous women. On the other hand, if you’re feeling embattled, it can be a terrific place to find others who are like you. If you feel your voice isn’t being heard in traditional places, it’s a free megaphone. People scream about the mob, but it’s not a mob, it’s just people who otherwise would not have been listened to coming together and expressing their opinions. But the platforms have to do a lot more in addressing how women are treated on them or people are going to try to flee. Caitlin Moran has talked about creating an all-women’s platform that you can use as long as you behave yourself…

How about in journalism as a whole? You write about the “baked-in” sexism of newsroom culture from when you started out in your 20s. What’s changed about the business since you started?

In some ways, excellent changes. I see more women journalists, more parity at the entry level. And yet the Globe has never had a female editor-in-chief or publisher. The Star had a female publisher, but only briefly. CBC, CTV, Global haven’t had females at the very top. You have to look at upper-level leadership of media and ask where the women are. I’d like to see changes in all that. But we’re much more conscious, when reaching out to sources, to quote more women, people from racialized communities, from traditionally marginalized backgrounds—that’s all happening way more. I think we have a responsibility in the media that if we’re going to go around criticizing other people—and God knows we are: politicians, business leaders, academics, artists—why would we not look at ourselves and realize the shortcomings we have and the distance we still need to go? Why is it OK to critique every other industry and not our own? I’d be the biggest hypocrite in the world if I didn’t.

You finished the book before the #MeToo movement landed, but your chapter on harassment notably covers much of the same ground.

It just goes to show that, yes, there’s a #MeToo moment, but really this has been going on forever. What was a slow leak has now become a deluge. The difference isn’t qualitative, it’s quantitative. I do think people are paying attention, and that it’s leading to change. It feels historic, like people are not going to go back to the way things were. We’re at a particularly turbulent moment right now, there’s a back-and-forth with various kinds of backlash, but I do think norms will settle into place, and by that I mean legislative norms, but also workplace norms. I was just interviewing an actress who said that in Hollywood things changed basically overnight. That meetings used to feel like dating, and a month later they feel like business. The problem has been out there forever, but it’s like we all now see the emperor has no clothes. We all know he’s naked. It feels like there’s no turning the corner.

MORE: Bill Cosby’s retrial will be very different in a post-Weinstein world

What about claims the movement has gone “too far”?

What is too far? Has someone gone to jail who shouldn’t have? If so, that would be wrong. But it hasn’t happened yet; I think we would have heard of it. People feel sad when somebody loses their job, but can you spare a moment of sorrow for the women who, for years and decades, lost their livelihood because they were chased out of jobs by being sexually harassed or abused? Who were not supported by their superiors, unions or colleagues? Those who had to find new work and who felt ashamed? That’s the terrible consequence. A crime was committed against them, so why do we not care or feel bad about that? If there are falsely accused martyrs out there, I don’t know who they are.

It’s going to be a long, protracted, painful process. I think it’s going to take the next generation, who I think are way smarter about this than us about this. And if they’re snowflakes, then I hope they come in a giant avalanche and wipe out all our bad behaviour. That’s my dream.