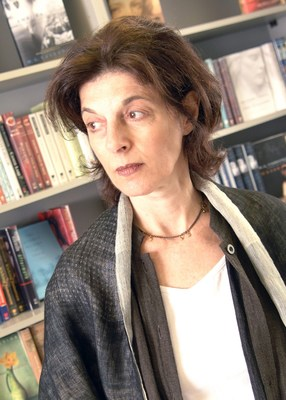 TORONTO — Canada has lost one of its top literary editors.

“Though we are in the business of words, I find it next to impossible to express the grief I know we all feel with the loss of this incomparable woman,” wrote Kristin Cochrane, president and publisher of Penguin Random House. “But while we mourn, we also celebrate Ellen’s momentous career and all she achieved in her close to four decades at McClelland & Stewart.”

“She slipped away with the quiet elegance that characterized her life,” Cohen said of the loss. “May her memory be a blessing for those of us who knew and loved her.”

Here is Elizabeth Hay: “I could not have written my five novels without her. Her attention to detail was heroic and her ability to see what a story needed was astonishing. I used to joke that she should get half my royalties, but she would have none of that.

And Jane Urquhart: “Ellen Seligman was an author’s most essential advocate and guide. Her ear was astonishing as well as her eye: she had the gift of being able to both see an authors vision AND hear an author’s voice, and was alert, therefore, to those moments when a manuscript strayed.”

Cochrane’s letter on Seligman’s legacy speaks to the editor’s influence:

“Readers will never know the full extent of her influence, but among the staggering list of authors she worked with (often from their very first books), they will recognize many of our country’s finest and most beloved writers: Margaret Atwood, Leonard Cohen, Elizabeth Hay, Anne Michaels, Rohinton Mistry, Michael Ondaatje, Jane Urquhart, Guy Vanderhaeghe, Peter Robinson and countless others. She was both an editor and a publisher, and she approached each role with exacting care and a constant devotion to her authors and their work. Ellen edited some of Canada’s most celebrated books, including 23 Governor General’s Literary Award winners, 6 Scotiabank Giller Prize winners, 4 winners of the Man Booker Prize, and many others. She was also the tremendously proud publisher of Nobel Prize winner Alice Munro, and of Eleanor Catton’s multi-award winning The Luminaries. Ellen kept a keen eye on new and fresh Canadian voices, including through McClelland & Stewart’s annual publication of the Journey Prize anthology.”

Seligman was president of PEN Canada from 2009 to 2011. The organization fights censorship and works to free writers overseas who have been imprisoned because of their writing.

The publisher said Seligman’s family asked that her age and details surrounding her death not be released. She is survived by her long-time partner James Polk, her sister Margaret Seligman and other family members.

Here is just some of the reaction to the news: