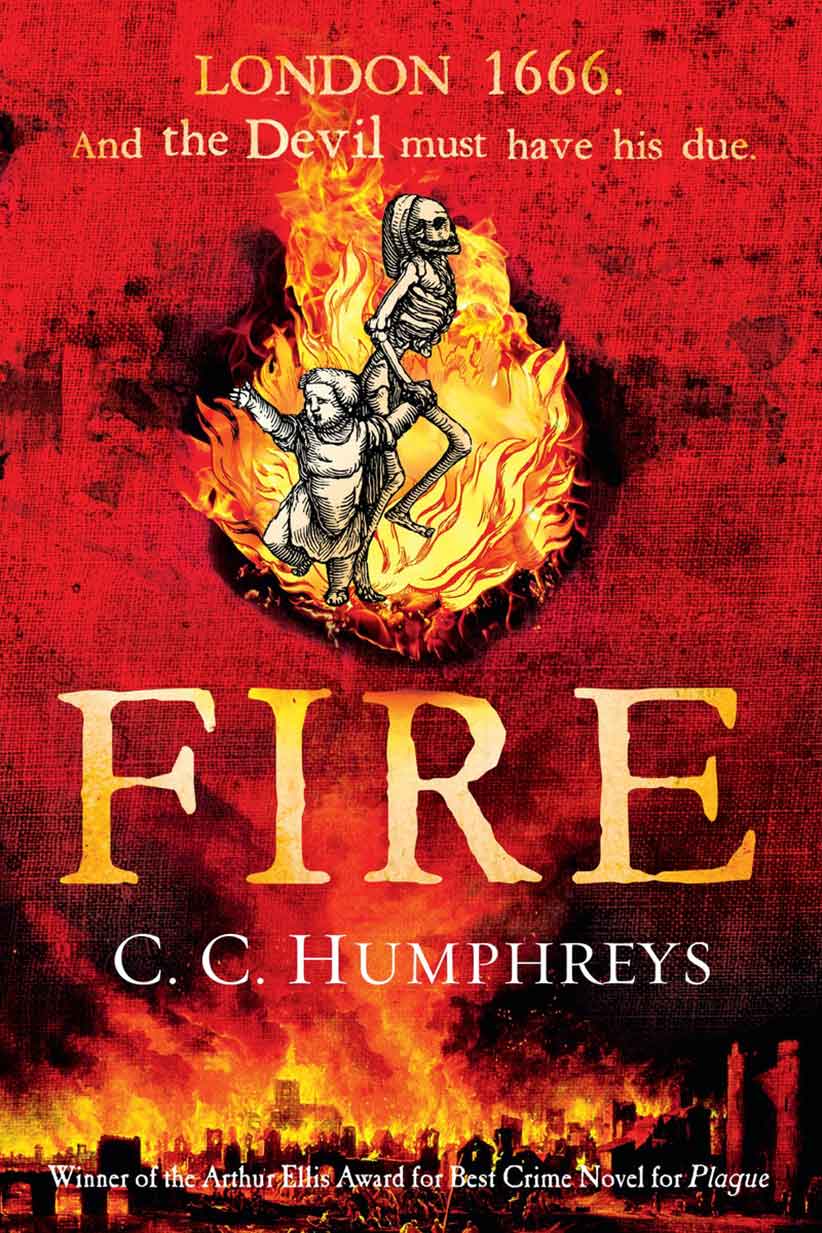 Fire by C.C. Humphreys. (no credit)

What wouldn’t believers do for a righteous cause? In C.C. Humphreys’s latest thriller, Fire, it’s nothing less than hastening the return of Christ. The year may be 1666, but the chaos and horror wrought by fanatics is eerily similar to that of today. In Fire, King Charles II presides over a deeply troubled England, wracked by sharp religious and political differences. It’s been just six years since the monarchy—which came to an ignominious end with the execution of his father, Charles I, during the Civil War—was restored after the death of Oliver Cromwell.

The country is reeling from a series of disasters. In 1665, plague swept through the fetid streets of London. An estimated 100,000 are buried in plague pits. That calamity was the background for Humphreys’s last mystery, Plague, which won the Arthur Ellis Award for best crime novel in Canada (the author was born in Toronto, but his historical thrillers are mostly set in Britain). Fire begins as the plague ends. Highwayman William Coke and sidekick Pitman continue to work for the king’s spymaster in their bid to uncover a plot to kill the monarch.

The villains belong to the Fifth Monarchist movement, which Coke and Pitman battled in Plague. For those religious radicals, 1666 (with its symbolic number 666) is the year of the beast, Satan, who will battle Christ at Armageddon. When Jesus triumphs, the fourth monarchy of man will end, the fifth of Christ will begin and the chosen will dwell forever in New Jerusalem. In Fire, they want to hasten the return of Jesus by dispatching King Charles II.

The brilliance of Fire is that while the villains and their motives are known, the rest of the plot is slowly revealed in an engrossing thriller that shifts from a riverside theatre to the cramped confines of a 17th-century warship and finally to the congested parishes of London. In September, an ember at a bakery starts a fire that will consume much of the city. Soon the heroes are battling the conflagration as well as their enemies. Readers can smell the bitter ash, hear the pleas of the trapped and see the sparks dance from roof to roof.

Though apocalypse is avoided, Humphreys’s series seems destined to continue, for 1667 marked yet another crisis, when the Dutch navy launched a massive attack on the English fleet. Surely there’s a part in the drama for Coke and Pitman.