For the love of trees, words and forests: Book review 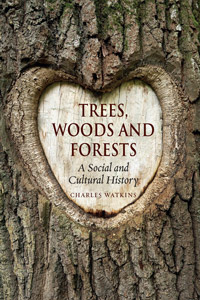 TREES, WORDS AND FORESTS: A SOCIAL AND CULTURAL HISTORY

Humans love trees. Little else in the natural world has proved so useful in feeding and sheltering us, extending our reach—whether we are clutching a spear or the helm of a sailing ship—or pleasing our senses, not to mention providing the very oxygen we breathe. Consider Otzi, the 5,300-year-old iceman found in the Alps in 1991: His gear, from weapons to clothing to containers, required parts of six different tree species.

Watkins ranges across the ancient Mediterranean world in his lore- and fact-crammed book, though, as professor of rural geography at the University of Nottingham, he puts his primary focus on Britain. He derives a surprising amount of information about ancient woodworking from scenes in The Iliad, where dead warriors topple like mighty oaks or like poplars cut “with gleaming iron so a chariot-maker may bend a wheel rim.” The demand was such that the spectre of deforestation was soon noticeable to contemporaries. After the death of King Nebuchadnezzar of Babylon, depicted in reliefs cutting down trees for his building projects, the prophet Isaiah sarcastically claimed that “the cedars of Lebanon exult—no man comes to fell us.”

Watkins also turns to his own intensely cultivated island, where the so-called forests can seem laughable to a Canadian. Sherwood Forest, one of the world’s most famous ever since Sir Walter Scott had King Richard the Lionheart meet Robin Hood there in Ivanhoe, measures a mere 30 km by 12 km. Still the story of the royal forests is one of Watkins’s most fascinating. The Anglo-Norman kings, mad for hunting, kept expanding or creating them, forbidding other uses for certain parcels of woodland, such as grazing domestic animals. The royal demand for forest was a grating issue between King John and his unhappy subjects, and when the king was brought to heel at Runnymede in 1215, article 47 of the Magna Carta saw him promise that “All forests that have been created in our reign shall at once be disafforested.”

Woodland in Europe has actually been increasing in recent decades, Watkins notes, taking over abandoned marginal agricultural land, even as tropical forests are disappearing. That doesn’t mean, as some think, that Europe is seeing a resurgence of primeval forests. Humans have shaped and controlled the continent’s environment too forcefully and too long for the ancient forests to replicate themselves. Forest wilding will never result in anything other than stretches of monoculture dominated by a few hardy species. For better or worse, those forests will have to be carefully managed.