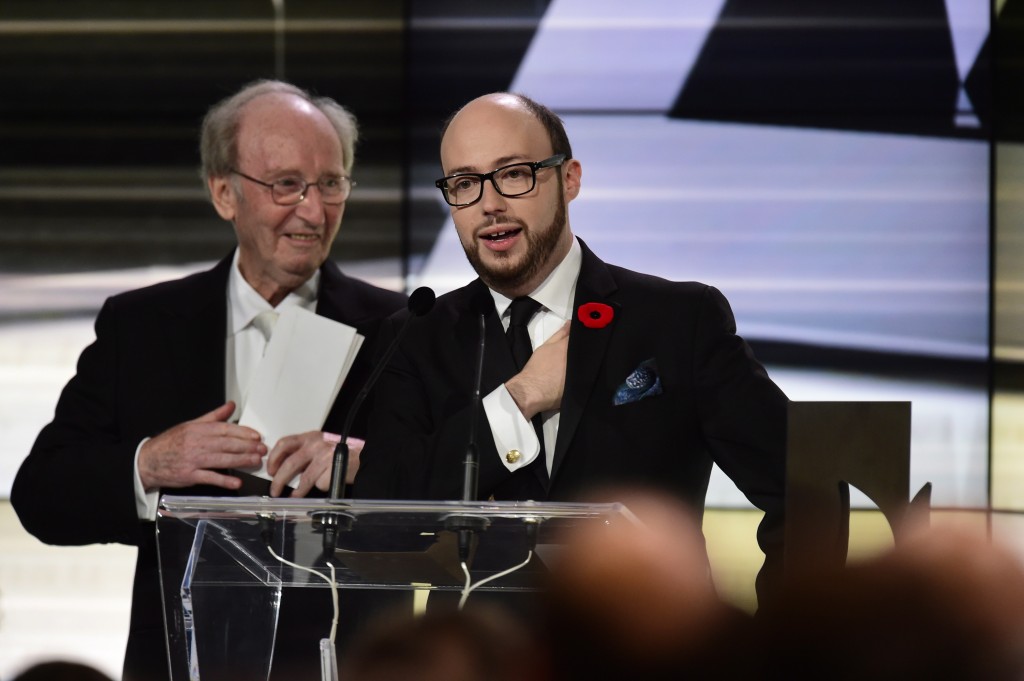 In what was arguably—no, definitely—the most unexpected outcome in the 21-year history of the Giller Prize, Sean Michaels took home the newly enhanced $100,000 award. It’s common for winners to say they were surprised, but the pole-axed look on Michaels’s face was genuine. And when the author of Us Conductors said he was astonished—”I tried to write the best book I could, and the notion of it falling rightly on so many people’s eyes, ears, hearts, is moving and inconceivable”—his sincerity was palpable.

The‎ surprise win was a fitting cap to a gala that itself won over the audience in a way not seen in years. Emotions in the crowded room were already positive; agent Sam Hayward thought the book world as a whole was tired of turmoil and ready for a party. But the televised portion, hosted by Jian Ghomeshi’s last-minute replacement, Rick Mercer, was fast-paced and witty, the best anyone remembered.