Yanis Varoufakis's assessment of what's wrong with the Eurozone 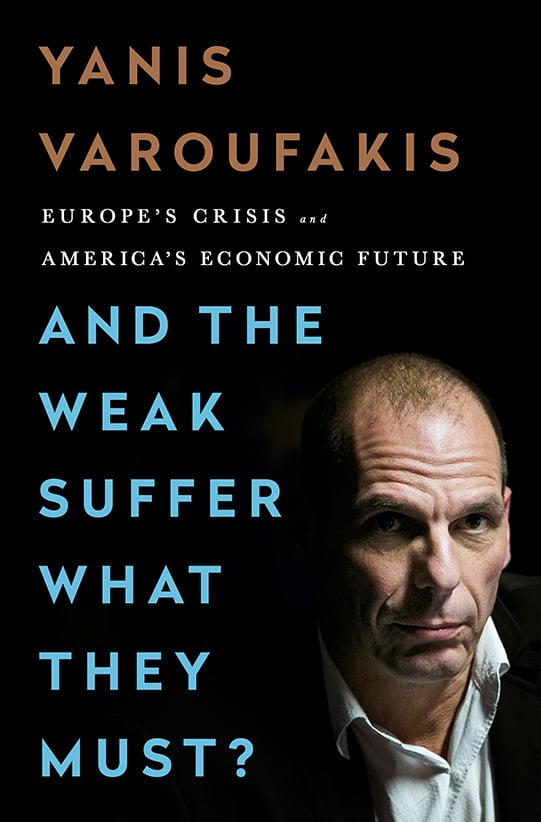 Yanis Varoufakis burned brightly during his short stint as Greece’s finance minister. The motorcycle-riding Marxist defiantly voted against a third European bailout package, necessary to keep Greece’s banks from collapsing, and famously compared the austerity foisted upon the debt-ridden Mediterranean country as “fiscal waterboarding.” Though Greeks also voted No to the bailout in a hastily called referendum, Varoufakis resigned a short time later in an apparent bid to mollify the so-called “troika”of the European Commission, European Central Bank and the IMF. “I shall wear the creditors’ loathing with pride,” he said in a blog post announcing his resignation last year.

Yet, while it’s tempting to view Varoufakis as a mere sideshow, his scathing critiques of Europe’s troubled monetary union and the questionable efforts to salvage it shouldn’t be dismissed. Even the IMF is now rethinking Greece’s punishing bailout deal because of the impact of “highly unrealistic” austerity targets on the Greek people.

Few economists would disagree with Varoufakis’s core assertion that the eurozone’s fatal flaw was its attempt to bind together more than a dozen dissimilar countries with a common currency —the euro—without any meaningful political and fiscal integration to underpin it. Indeed, the 2008 global financial crisis quickly exposed the eurozone’s creaky architecture, which Varoufakis compares to a riverboat trying to navigate an ocean storm, by preventing Greece and other countries like Ireland, Italy and Spain from devaluing their currencies to give exports a boost and rekindle economic growth. (Imagine how much worse Canada’s oil-induced pain would have been if the loonie had been shackled to the rising U.S. dollar and the Bank of Canada couldn’t lower interest rates.) Making matters worse, Varoufakis says, is Germany’s insistence on deep budget cuts given the chilling effect on Greece’s economic growth and therefore its ability to pay back bailout loans.

Many say Greece is simply paying for years of foolishly living beyond its means. But Varoufakis argues it takes two to dance and that Germany deliberately drove down its labour costs to make its myriad exports—VW cars, Miele dishwashers—more competitive. That, in turn, resulted in a trade surplus that German banks aggressively lent back to countries like Greece so they’d continue to buy its products, he says. Not all Greeks lived the high life either. Poorer Greeks fell increasingly into a poverty trap, Varoufakis writes.

Not everyone will agree with his attempt to sidestep blame, let alone his radical-sounding prescriptions for eurozone reform, but his concerns about punishing the mostly innocent are ominous given the rise of Greece’s far-right movement, with a migrant crisis adding fuel to the volatile mix. Varoufakis recalls a conversation in Berlin last year with the German finance minister. He reminded his colleague: “When I return home tonight, I shall find myself in a parliament in which third-largest party is a Nazi one.”