Heather O'Neill: Addicted to the drug of books

The Giller prize-nominated author describes growing up an unrestrained bookworm in a lower-class, motherless home 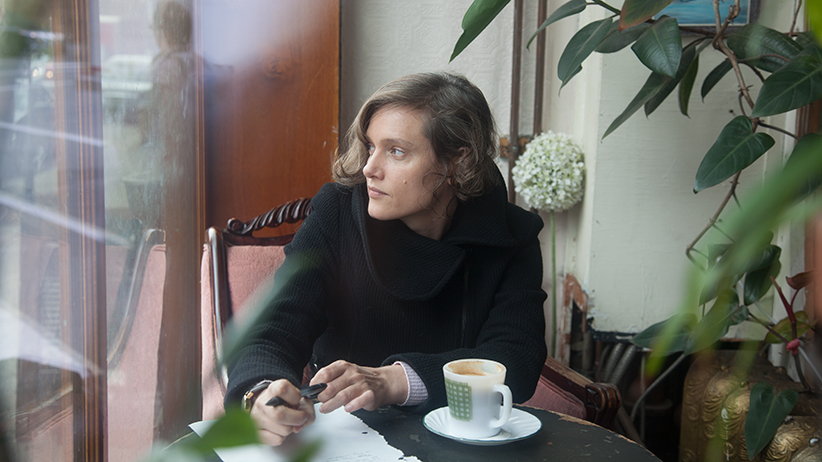 Canada’s most distinguished literary prize awards $100,000 annually to the best Canadian novel or short-story collection published in English. In this series, Maclean’s highlights the work and artistic process of the six nominees. Here, Heather O’Neill talks about growing up a bookworm. Elsewhere, Padma Viswanathan, author of The Ever After of Ashwin Rao, discusses letting go of her difficult title character.

Asked about the eight years between her first novel, the award-winning Lullabies for Little Criminals, and her newly Giller prize-nominated The Girl Who Was Saturday Night, Heather O’Neill sounds momentarily nonplussed. “Time can be weird for authors,” she responds. “You can get all Rip Van Winkle about a book. You sit down to it and you think months have passed, and it’s been years. I do have a book of short stories coming out next year.”

There will, almost certainly, be motherless children in them. Rather like the 19-year-old fraternal twins of Saturday Night, who are working out their individual destinies—and personal degrees of separation—in Montreal in 1995, during the referendum campaign that required Quebecers to make a decision about their relationship with Canada. But while the larger metaphor resonated throughout the novel, O’Neill focused on the son and daughter who never knew their mother. “That’s an automatic element for me, because that was my life, a theme I always explore: how kids survive without mothering, the idea of being raised by a father.”

Heather O’Neill on her writing process

I grew up in a lower-class background. My mother was a drifter who never had a fixed address and stayed in rooming houses. She sent me to live with my father, whose employment record was rather sketchy. Although in the end, he did manage to get a gig as a janitor that lasted for 20 years that he really liked.

Everyone around me was always getting into some sort of trouble, falling into addictions that took over and ruined their lives. For some lucky reason, my drug of choice turned out to be books.

I was never able to read with any restraint. I would drag home grocery bags of books from the library. I was one of those ridiculous kids who try to read while walking and fall off the sidewalk, step into dog poop and bang their heads on poles. I once tried to read while riding a 10-speed bicycle. The only thing that I would really get in trouble for at school was reading a book in class. I would read in the schoolyard while tennis balls bounced off my head. Reading ruined my social life.

One day, I read an excerpt of Anne of Green Gables in a textbook at school. I asked my dad for the book as a Christmas gift. I loved the book so much that I read it three times in a row. I couldn’t get enough of it. I was left desperate and depressed each time that I got to the end of it.

I saw there was a list of the titles of subsequent books in the Anne series written on the back cover. I asked my dad if he could buy me the second book, Anne of Avonlea, even though I had no birthday coming up. To my surprise, he agreed. He put on his sheepskin hat and I put on my bright red toque and we got on the bus together, heading downtown to Coles bookstore. When we got there, my dad told me I could buy every one of the collection. I couldn’t believe it. I rode home with a paper bag with the seven books on my lap. I looked in the bag and I thought: I’ve got Anne’s whole life in here. Her whole life!

I read them all and it still wasn’t enough. I still wasn’t satisfied. I wanted to get inside of the books and interact with all the characters. I wanted to take a walk with Anne in our rubber boots discussing poetry, and to ride a boat together comparing flights of fancy.

Around then, I started writing in journals and notebooks. I recorded everything that happened to me during the day. When you write, you are in dialogue with all the other writers who have ever written. That satisfied my craving. It fulfilled a yearning in myself. It made me feel happy and gave me a sense of belonging. It was like I’d found my community.

Now I’m a professional writer. I think there is a tendency to romanticize the profession of a writer. I don’t see it as being any more wonderful than any of the other wonderful things that people do. It’s just what I was meant to do.

I used to go to my dad’s workroom in the basement when he was a janitor. He had a little stool that he would sit on and repair things at. He would stay there working late. He had all these little jars, filled up with nails and screws, lined up on all his shelves. There were a thousand of them. Those jars were his poems. Those shelves were his short stories. The workshop was his novel.