Here's to you, Ray Bradbury

Remembering the author, who published seven short stories in the pages of Maclean's over 60 years ago

The catalogue card from the Maclean's archives, detailing the stories Bradbury wrote for us.

When my dad was a teenager in the 1950s, he walked into a drug store in tiny Selkirk, Ont. and on a whim picked up a copy of a paperback book called The October Country. The price was 75 cents. He devoured the collection of short stories within a few hours and became a life-long devotee to the man who wrote them, Ray Bradbury, who died yesterday at the age of 91. Lucky for me, he introduced me to Bradbury’s stories when I was a kid. And lucky for–I hope–the hundreds of Grade 7 and 8 students at Sparta Public School who, over the course of 30 years, were introduced to Farenheight 451, The Martian Chronicles and The Illustrated Man during English classes taught by my dad. He was curious to see how the kids would respond to the moral and philosophical questions posed in the stories. There were, not surprisingly, a variety of responses, both positive and negative, but they never failed to stimulate discussions and get the students thinking about larger questions: “At least bigger questions than ‘Who’s on first’,” said my old man, just a few hours ago when I called him to break the news about Bradbury’s passing. He let out a sigh. “I’d kind of been waiting with dread for this to happen.”

Earlier this year I discovered that Bradbury published seven short stories in the pages of Maclean’s between 1948 and 1956. Two of those stories–The Long Years and I’ll Not Ask For Wine–would be culled, along with several other short stories, into the book The Martian Chronicles, published in 1950. The other five stories have pretty fascinating cross-referential histories as well. Cora and the Great Wide World, a tale about an illiterate woman who gets her nephew to write letters on her behalf so she can get to know others in the world, became the subject of a 1992 episode of the Ray Bradbury Theatre, a television show that aired in the 1990s hosted by the author himself. And Shopping for Death appeared as an episode of Alfred Hitchcock Presents in 1956, two years after the short story appeared in Maclean’s.

Not surprisingly, Bradbury–who published more than 500 works spanning all sorts of media–was writing up until the very end; a sweet, first-person account of how he first became enamoured with science fiction just appeared in the New Yorker.

There’s no doubt that Bradbury fans, of which there are legions, all have a favourite short story. Mine is The Lake, a piece that oozes with sentimentality, rather than martians, about the heartbreaking realities that adulthood often holds.  It made me cry the first time I read it 20 years ago when I was in Grade 8, and the last time, too, a few years ago.

I will go home tonight, dig it up and read it again, just as the planet Venus makes its last-in-a-lifetime move across the face of the sun. 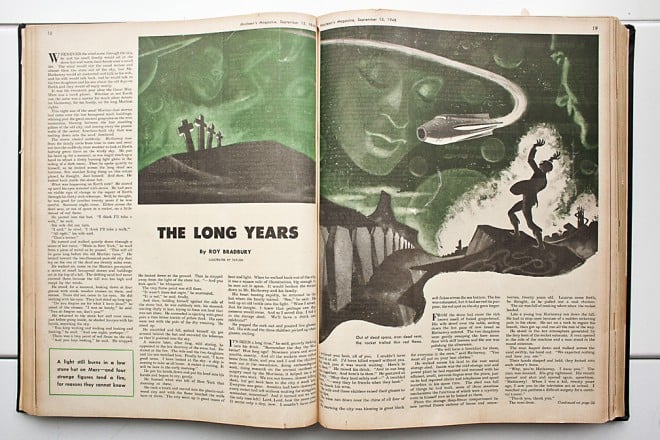 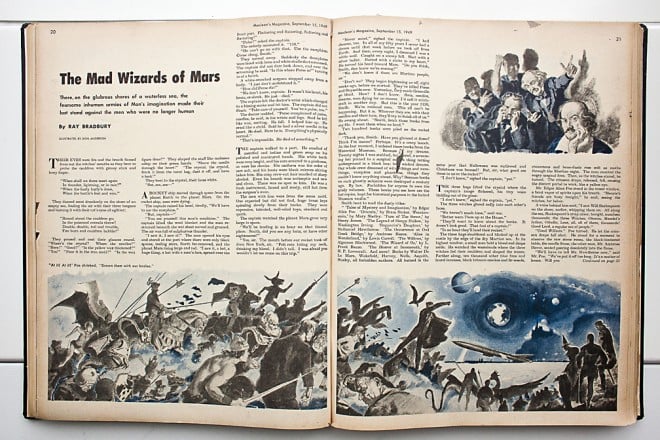 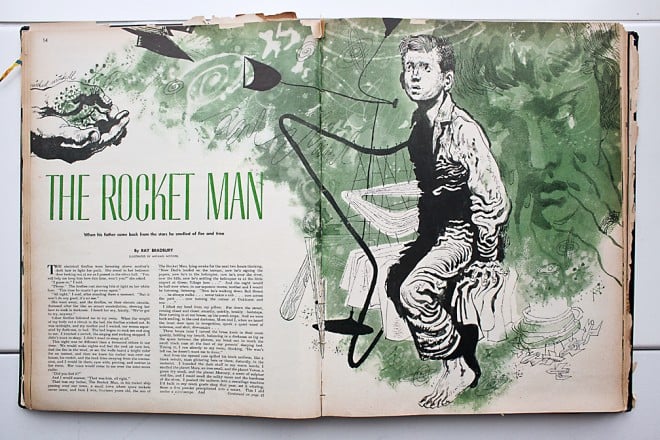 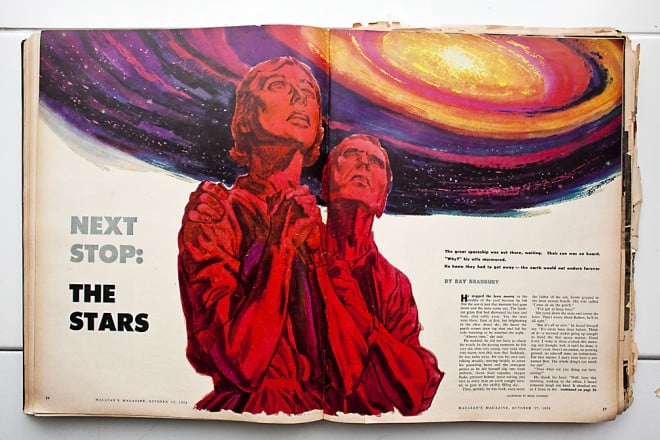