History catches up with David Bezmozgis in his new novel 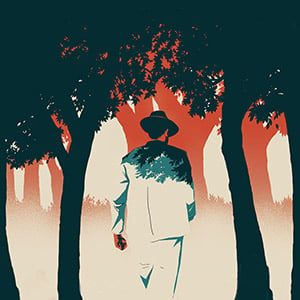 Past and present, personal and political collide in Yalta in The Betrayers, the powerful, thought-provoking second novel from Toronto writer David Bezmozgis, whose first novel, The Free World, was shortlisted for the Giller prize.

Baruch Kotler arrives in the Crimean resort town in disgrace: Photographs of the Israeli cabinet minister and his younger lover have been leaked by his rivals. It’s a significant fall for Kotler, a beloved figure in Israel who, as a Russian dissident, was imprisoned for his pro-Zionist activities. Kotler and his lover flee to Yalta, hiding from the government, the press, and Kotler’s wife and children.

However, their plans to lie low are stymied by high tourist season. With not a hotel room to be had, they take a room in a private house owned by Kotler’s former friend and roommate, the man who betrayed him to the KGB, dooming him to his imprisonment.

The Betrayers is deftly plotted, with tension rising almost imperceptibly as the confrontation between the two men approaches. The revelations and later developments are often surprising, but always earned, rooted in the characters and their histories. The dialogue can slip into lengthy speechifying, though, which accords with the emotionally muted quality of the novel. Despite its potential drama, The Betrayers is emotionally cool. This flat emotional affect reduces its verisimilitude: Would people really react in this way?

At root, this is a novel of ideas rather than emotion and, as tensions crest between Israel and Palestine over occupied territories, and with the Russian incursion into Ukraine, it has significant value as both a literary and a social document. Bezmozgis—a Latvian-Jewish immigrant to Canada in his childhood—may be continuing the examination of the issues and concerns that have marked his already significant career, but, as with Baruch Kotler, history has caught up with the author, and with The Betrayers.