Homegoing is a dazzling, million-dollar debut novel set in Ghana

Yaa Gyasi's much-anticipated novel lives up to the hype 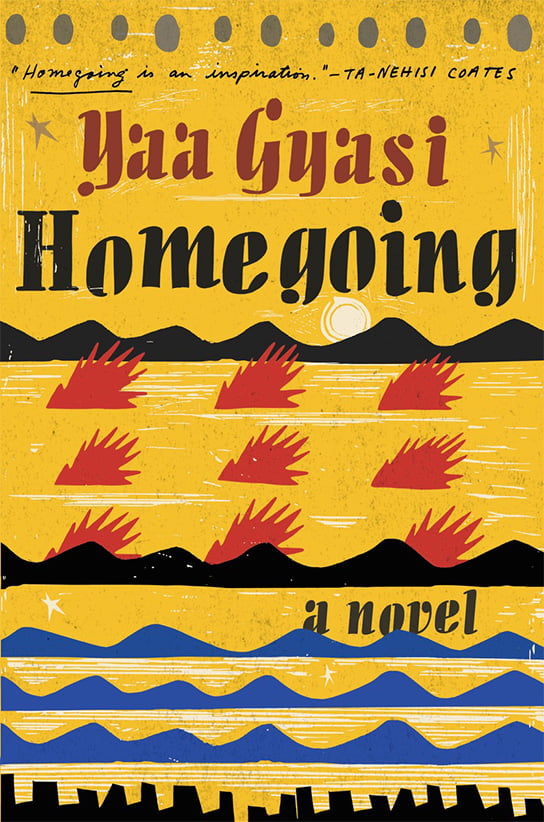 At the end of Toni Morrison’s Song of Solomon, Milkman, the hero, leaps into the air, launching himself back in time to Africa before the advent of the middle passage. But according to Homegoing, a dazzling and much-anticipated debut by Yaa Gyasi (the book was picked up at London Book Fair for a rumoured seven-figure advance), that uncomplicated African past hardly existed. The novel opens in the 18th century with a runaway slave who leaves her newborn baby behind. This scene may sound straight out of the antebellum South, but it actually takes place on the Gold Coast in the area we know as Ghana.

The abandoned baby, Effia, grows into a striking beauty whose spiteful stepmother marries her off to a white man, Governor James Collins, who moves her into luxurious Cape Coast Castle, the British headquarters. In the dungeon below, black people lie stacked in their own waste. They were purchased from various tribes, and it is James’s job to ship them to America for slavery. Among them is Esi, the half-sister Effia has never known.

Chapters alternate between Africa and America, and between the 1750s and the 21st century: Effia’s descendants endure the Anglo-Ashanti wars, colonialism, the rise of Christianity and the struggle for independence; Esi’s face slavery, Jim Crow, the struggle for civil rights and the war on drugs. Gyasi links two families and two continents. For black Americans, she says, Africa is past, present and future, too.

She parallels slavery with the oppression of women: In Gold Coast villages, both slaves and women are beaten and bought, and Effia’s suitors ply her father with gifts: “[The] family feasts off Effia’s burgeoning womanhood.” Yet, rare in contemporary African-American literature, Gyasi insists on the importance of romantic love in black lives. Every era has its passionate couples: Ness and Sam enslaved in Mississippi, bi-racial Quey—Effia’s son—in Fanteland, in love with a boy. His distressed father sends him abroad.

Gyasi portrays a complex African past in which tradition is more often the problem than the solution. Effia’s grandson is intended for royalty, but runs away from a tainted inheritance. The novel subtly critiques West African mores including machismo, elitism and a dangerous herd mentality.

Gyasi’s American chapters observe an astonishing white malice. And even as slavery recedes into the past, its shadow hovers. Freed men like “H” are coerced into prison and straight back into slave labour. In Harlem, Robert abandons his wife and child to pass for white. It is Robert’s grandson who will seek out the truth of his African past.

At 27, Gyasi is already a consummate craftsperson, ferrying us to and fro across the Atlantic with ease. She sprinkles her tale with sly allusions to writers like Ama Ata Aidoo (Anowa) and Morrison; images from The Bluest Eye and Beloved arise throughout. Homegoing, after all, belongs to the literary tradition of the slave narrative, which is all about surviving bondage, managing memory and winning transcendence. By illuminating Africa’s involvement in the Atlantic slave trade, Gyasi has expanded the definition of the genre. Homegoing is a footbridge across the Atlantic—proof that blood is thicker than wide water, confirmation that, yes indeed, we can go home again.