How 33 Chilean miners survived — and what happened next

After their liberation, there was fame, gifts and trips. Soon many returned to the mines. 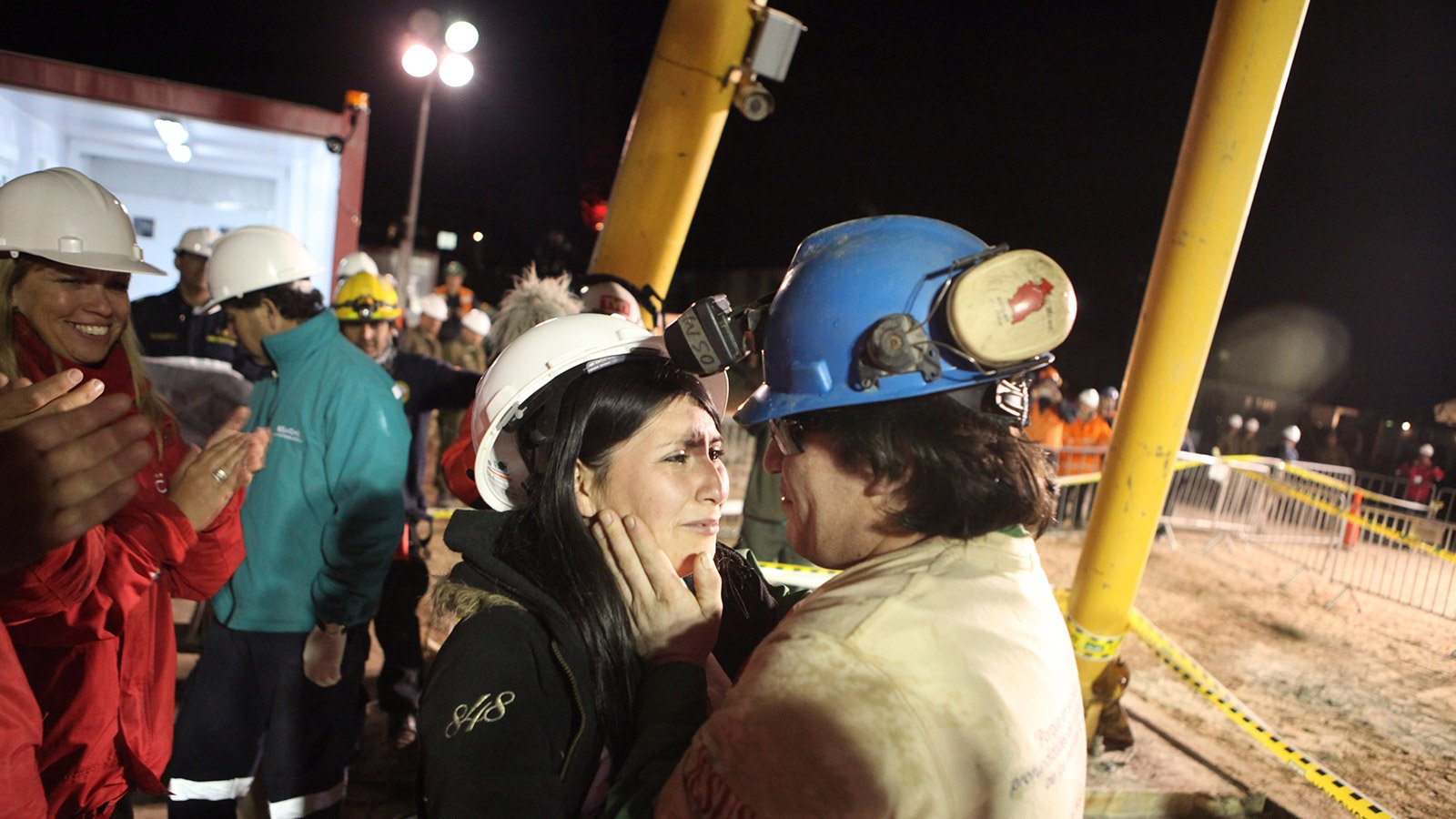 Deep Down Dark:
The Untold Stories of 33 Men Buried In a Chilean Mine and the Miracle That Set Them Free
By Héctor Tobar

When a skyscraper-sized block of diorite fell like an outsized guillotine blade through the San José Mine near Copiapó, it smashed rock tunnels as if they were wet paper, triggered a blast that knocked miners off their feet, and blocked any exit from the mine’s underground caverns, sealing those 33 miners there to die—or so they feared for 17 long days, until an exploratory drill from the surface reached them and revealed to the world the miracle of their still-precarious survival.

For reporters gathered above, the rockfall then became a kind of filter. News from the trapped men could only reach the surface via “pigeons,” as the small message capsules were called, or through brief phone calls with relatives. Those relatives put up with incessantly prodding reporters with patience, hospitality and grace. But the stories they told were positive, tending to convey mostly the miners’ bravery, solidarity and faith. So we naturally assumed there was a much darker version of events that everyone wanted to hide.

Even when the miners were freed, much was obscured. They had made a pact—even if it was at times partially broken—not to reveal what happened during those first 17 days until all agreed they had found a profitable way of doing so. They chose to tell their story to Héctor Tobar, a Pulitzer Prize-winning journalist. A movie is also in the works.

The result is neither a chronicle of undiluted heroism nor Lord of the Flies-like social disintegration. Some men stole food. Some fought, sulked, despaired and skirted madness. But they also forgave each other, looked after each other, prayed together and ultimately took part in their own rescue. They are bound to each other by what they suffered and shared.

After their liberation, witnessed by more than a billion people on television, there was fame, gifts and trips—though far less money than many of their countrymen and soliciting friends and relatives assumed.

Within months of the rescue several of the men were working in mines again. Others struggled with alcohol and post-traumatic stress. At night, Susana Valenzuela found her boyfriend, Yonni Barrios, sitting in the dark in their living room with his old helmet and mining light on, as if he were still trapped below ground. He screamed and punched cushions on the couch, then slept all day. Eventually he began to heal. Eventually, and with difficulty, most of the men do. Queda mucho para vivir, one says. There’s still so much left to live.