How America armed itself 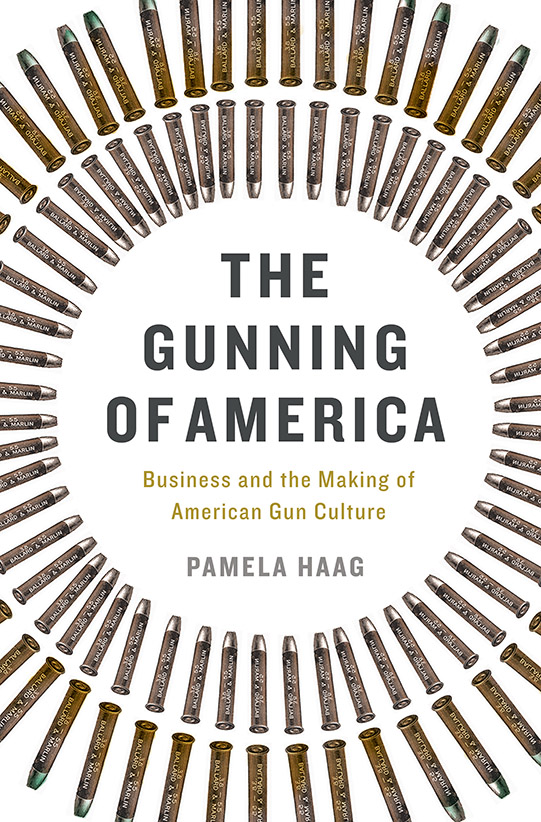 THE GUNNING OF AMERICA

“There is a tragic inevitability of timeliness when one writes a book about guns,” notes Haag, who started work on her detailed and devastating history after Sandy Hook and finished a draft just after the Navy Yard shooting. But there’s a timelessness as well: the same political hand-wringing follows every mass murder, and the same lack of legislative action. If Americans are ever to do anything about their gun problem, they’ll have to learn from their history—and this book is a bracing eye-opener.

Haag deftly deconstructs the idea that guns have always been central to American identity. Her unearthing of historical evidence is rich with irony, ranging from the time of the Revolutionary War (when muskets were awkward, unreliable, and scarce on the frontier) through the Wild West (where cowboys’ violent exploits were greatly exaggerated by dime novels whose stories became accepted as fact), to the 1920s (when the southern states advocated gun control so African Americans couldn’t arm themselves), to the present day, where the NRA’s rhetoric about survival and protection belies its “hobbyist” past. Delving into the archives of gun manufacturers, she delineates how wars built their business but peacetime was their undoing—until they found a way to invent a civilian market.

Haag, a Yale-trained historian, puts New Haven’s Winchester family at the centre of her narrative. Oliver, the patriarch, was a shirt-collar manufacturer who got into the rifle business in the 1850s “the way his compatriots went into corsets or hammers.” Winchester and his competitors mass produced guns with no attention to the moral resonance of their acts—only to the specific ethics of honouring contracts. Their marketing was based on fomenting fear of criminals, a love of leisure shooting, peer pressure among teenage boys, and the construction of the myth of the “good lone gunman” as the American übermensch. They armed America, and then successfully argued that disarming Americans would render their factories unable to help in wartime.

By contrast, Haag speculates that Oliver’s daughter-in-law, Sarah, may have been haunted by the family business. Even her mind-blowing folly of a mansion, the 160-room Winchester Mystery House, may embody the “convolutions of an uneasy conscience.” Gun control supporters, Haag argues, should take a cue from her and look to the manufacturers themselves to take responsibility for the problem they have created.