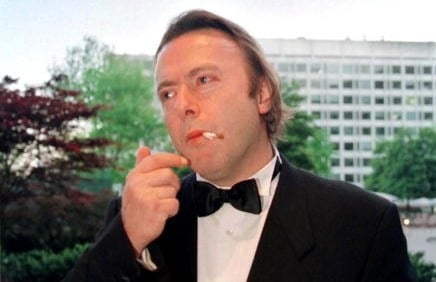 In the fall of 1973, Christopher Hitchens’ mother took an overdose of pills in a hotel room overlooking the Acropolis in Athens. Hitchens, then a contributor to the New Statesman, flew to Greece, learned the details of her suicide, returned home and filed a long article for the magazine on the political chaos overwhelming the country. He was 24 years old. “Everyone said, ‘Christopher, how could you?’ ” Hitchens told the New Yorker’s Ian Parker in 2006. “I said, ‘How could I not?’ It was therapeutic to write. No—consoling. Useful.”

Hitchens, who died Thursday at 62, was not a man given to great sentimentality. When his own death by cancer was foreshadowed 18 months ago, he dealt with it much as he did everything else: head on and with many words. Hitchens, who wrote more than a dozen books and endless columns and essays, was legendary for his output, and the volume and clarity with which he wrote about his own illness were remarkable. Bracing, even. So much so that I wonder how much his late output will come to colour the canvas of his larger career.

In that way, Hitchens would not be unlike another great English-language essayist, Joan Didion. Though famous first for her piercing, elliptical explorations of sixties counterculture, Hollywood and later American politics, Didion earned a massive new audience in her 70s with the publication of The Year of Magical Thinking in 2005, a memoir about her husband’s death. Earlier this year, she released Blue Nights, another memoir about grief, this time over the loss of her only child. Didion’s late fame seems sometimes to have erased her earlier work. At a recent talk in Toronto, the interview beforehand and the questions from the audience were entirely about Didion as chronicler of sadness, as if she were not the same woman who wrote classics like Salvador, Miami and Slouching Toward Bethlehem.

Hitchens will likely be saved that fate, if only because his own output remained so relentlessly combative. Even when the subject was his own mortality, his product was political. He was diagnosed with esophageal cancer not long after the publication of God is Not Great, a polemic takedown of religion, and he used his illness as a platform to trumpet his atheism and spar with proselytizers of all kind. He also continued to write on other topics nearly until the end. His friend Christopher Buckley found him in his final days scribbling notes for a piece about P.G. Woodhouse. His final column for Slate was on U.S. presidential hopeful Rick Perry. The first paragraph alone was typically withering:

“OK, that’s it,” said my guest a few nights ago. “That’s what?” “The Perry campaign: It’s officially over. Look, I’ve found the moment.” Together, in mild stupefaction, we watched as a fellow-creature, accoutred with gorgeous mammalian hair that is fully the equivalent of Mitt Romney’s, and fashioned in the very image of god, failed repeatedly to remember the names of the federal agencies that he had sworn to put out of their misery. We watched further, inwardly wincing and cringing, as the awful moment somehow managed to protract itself.

Hitchens final piece—so far, at least, who knows what else he may have filed before dying—was a short essay for Vanity Fair. Released in early December, the story confronts Nietzsche and the old lie that whatever kills you makes you stronger. In it, Hitchens comes off as almost vulnerable. He appears afraid, not of death, but of a life without words. “I am typing this having just had an injection to try to reduce the pain in my arms, hands, and fingers,” he wrote:

The chief side effect of this pain is numbness in the extremities, filling me with the not irrational fear that I shall lose the ability to write. Without that ability, I feel sure in advance, my “will to live” would be hugely attenuated. I often grandly say that writing is not just my living and my livelihood but my very life, and it’s true. Almost like the threatened loss of my voice, which is currently being alleviated by some temporary injections into my vocal folds, I feel my personality and identity dissolving as I contemplate dead hands and the loss of the transmission belts that connect me to writing and thinking.

If there is any consolation to be found in Hitchens’s death, then, it is in the fact that he lived only briefly, if at all, without the ability to write or speak.