How CanLit was born

Brave publishers, great books and Canada's newfound affluence combined to set the scene for the CanLit explosion of the late '60s 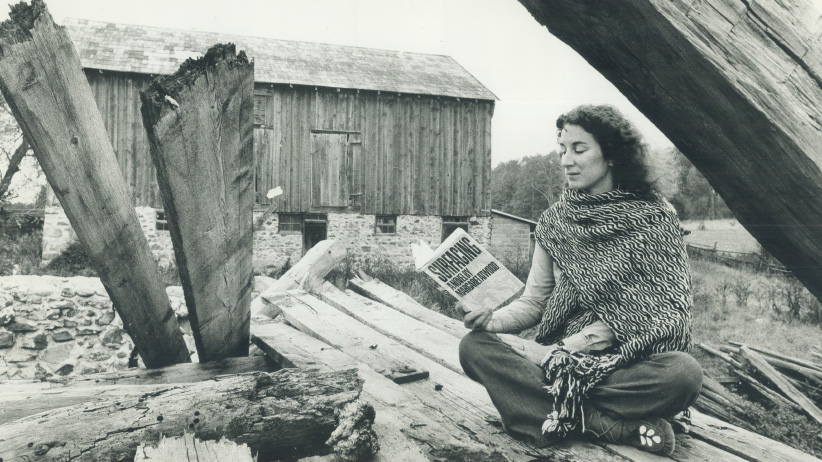 It’s not as though there were no published Canadian writers—some of them even living in Canada—during the country’s first century, Nick Mount wants to make clear. In 1959, the newly established Readers’ Club of Canada was trumpeting The Apprenticeship of Duddy Kravitz by a London-based author named Mordecai Richler, and a young Toronto poet had her first professional publication under the gender-free byline of M.E. Atwood. Writers were few and far between, though, and tended to look abroad for other authors, publishers and sustenance. And then, in a few years either side of the 1967 Centennial, in a flood never seen before or since, Canadian writers were here. Atwood, by then revealed as Margaret, declared their essential theme to be Survival in 1972; Arrival is what Mount, a critic and professor of English at the University of Toronto, calls his witty and wide-ranging account of the CanLit boom.

“That’s a fair word for it,” says Mount in an interview. Arrival cites eye-popping stats: over the years 1963 to 1972, the population of Canada rose 17 per cent, while the number of Canadian-authored, Canadian-published, English-language literary books increased 250 per cent, more than five times the equivalent rise in America. All over the country, manuscript-waving Canadians had begun to emerge from their basements and attics, blinking (to paraphrase poet Dennis Lee) like moles in the sunlight at the sight of their neighbours doing the same.

Maybe not at the rate of several per suburban block, but the point of Lee’s description is that the moles finally had access to readers and to other authors’ work. The loudest CanLit explosion lay in outlets: a few existing publishers stepped up the pace, new literary magazines began and a handful of small presses were born, many of them still key players in the literary ecosystem. Lee co-founded House of Anansi Press in 1967; five years later it published Survival, and 45 years after that, Arrival.

What lay behind it all, Mount argues, was affluence. “The biggest single cause in my view is the economy: a generation had arrived at the moment that followed several centuries of cutting down trees and swatting bugs, with a little bit of time and money on their hands.” Other factors were hugely helpful, not least a generation of writers who still dominate the canon—Atwood, Richler, Alice Munro, Alistair Macleod, Mavis Gallant—and some brilliant books. But everything else, from nationalistic passion in Quebec that helped stoke nationalism in English Canada to a baby boom’s worth of potential readers, was a product of modern thought and modern prosperity. From affluence grew the critical mass of participants who could aid one another at key points. Popular interest and CBC arts funding supported Robert Weaver’s radio show, which was so crucial to keeping Canada’s only literary Nobel laureate going during her early struggles that, Mount suggests, “No Weaver, no Munro.”

The story of how Canada got from Centennial to Sesquicentennial; from there—a country without a literature—to our current flourishing literary scene with all its infrastructure, thus has a graceful simplicity. But it’s clouded in a way unlike most histories—not by a beginning lost in time, but by an uncertain present. Is CanLit now, as Mount writes without judgment, a literature without a country? The hollowing out of anything resembling a national project can be seen in the quiet response to the demise of McClelland & Stewart, “the Canadian publisher,” in 2011 and the even quieter response to The Handover, Elaine Dewar’s recent unpacking of what went into that demise, a book that could have been titled Departure.

The uncertainty, though, was there from the beginning. Tax money didn’t start the boom. It only began to flow after the writers and the presses showed they had readers (and voters) on their side. Canadian literary prizes have always had a generous definition of eligibility: in 2015, British novelist Rachel Cusk—born in Saskatoon in 1967, resident in California before school age and back in her parents’ native Britain by age seven—was nominated for Canada’s two most prestigious literary awards, the Scotiabank Giller and the Governor General’s. Nobody blinked an eye.

That wasn’t the case 15 years ago, when Yann Martel, in the wake of his Booker Prize win for The Life of Pi, praised Canada as “the greatest hotel on Earth.” Nationalists of all sorts, including the literary variety, hammered him. Reaction today would be as muted as it was to Cusk’s nominations—Canada may well be as post-national as its own Prime Minister says it is. In that case, one of Centennial Canada’s great national achievements is the perfect literature for the country: CanLit is writing by people connected to this country, by birth or residence, and a dialogue between author and reader. Nothing else need intrude.