How Loyalists brought peace, order and good government to Canada

Peter C. Newman shows that the United Empire Loyalists were not a homogenous group 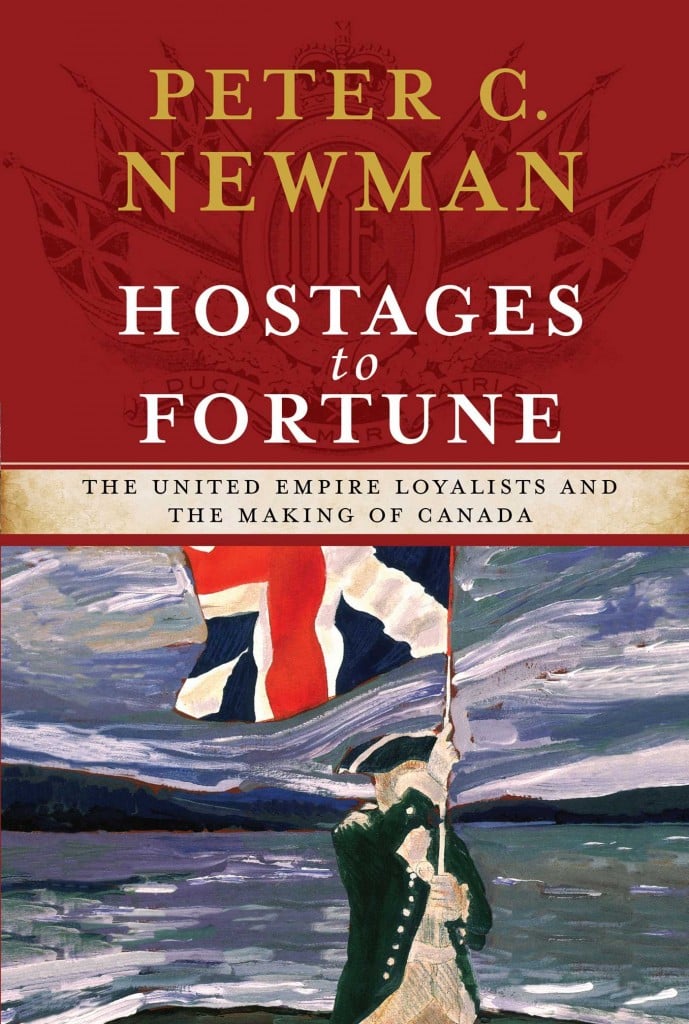 The historian of the Canadian Establishment here turns his attention to the original establishment (Anglophone branch), the Loyalists—as in loyal to the British Crown—who found themselves on the losing side of the American Revolution in 1783. For those serving with British forces or concentrated in loyal strongholds like New York, the civil war aspects of the Revolution left them in a dangerous position—lacking civil rights, exposed to mob violence, their property confiscated. When Britain offered compensation, primarily in the form of free land and provisions, more than 80,000 left the new United States. About half headed north, including the 7,500—the ones who would exert an outsized influence on the history of Canada—who went to the empty (in a European sense) lands that would become Ontario.

Newman, 87, the former editor of Maclean’s and the author of three dozen books, many of them bestsellers, is perhaps the greatest popular historian Canada has ever seen. Even more than Pierre Berton, his only rival for that title, Newman has irritated the mortal stuffing out of professional historians. That is partly due to his preference for the colourful anecdote over deeper analysis, but mostly to his tone, frequently marked by excitement and a kind of lighthearted cynicism, both highly entertaining. Newmanism still marks his latest volume: describing a drunken band of Patriot soldiers and the Loyalist who had provided the alcohol, Newman writes that the men swore to defend their benefactor “as long as ‘they had a drop of blood in their veins’ and, one assumes, available booze.”

But so does a command of the latest historical research. The Loyalist myth holds that they were all more Tory than the king, essentially on par with French aristocrats before the guillotine came along. There were some of those among the arrivals—and a few who developed that thinking after they began to prosper in the new land—but the Loyalists were actually a very mixed lot in ethnic and socio-economic terms. Hostages to Fortune pays due attention to that, and to the histories of those marginalized in mythology and reality, the Black Loyalists and Britain’s aboriginal allies.

Newman is also attuned to the Loyalists’ essential Americanism: they were as egalitarian-minded as the Patriots (which soon made them troublesome to British authorities), but instinctively cautious and appalled by the very notion of revolutionary anarchy. Peace, order and good government—Canada’s unofficial motto—came straight out of Loyalist cultural DNA, making them one of the key building blocks of this nation. Newman makes that clear, and throws in some good stories too.

FILED UNDER: Editor's Picks Hostages to Fortune: The United Empire Loyalists and the Making of Canada Peter C. Newman