How math can help us understand the world around us 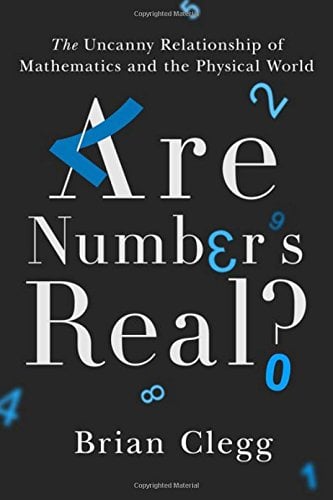 Are Numbers Real? The Uncanny Relationship of Mathematics and the Physical World

The answer to Clegg’s titular question is right there on page 1: “Of course numbers are real. You only have to take a look at my bank statement.” But it’s worth reading on: the English author is concerned with the more compelling question of how mathematics might explain reality—or seem to govern it.

For Clegg, who has written about the science behind everything from ESP to time travel, scientists have in recent decades become too dependent on abstract mathematical models. While it’s all well and good for math to forge its own path, he argues, abstruse theories that can’t be proven or (crucially) disproven don’t do much for science, and they alienate the public. “If your science can’t be easily described to the person in the street,” he warns, “then it becomes harder to justify spending taxpayer dollars on it.”

What follows is a layperson’s history of the interaction between science and math. The latter emerged directly from the physical world (with numbers as abstractions derived, perhaps, from tally marks on prehistoric sticks). But very early on, Clegg notes, the two diverged: Euclidian geometry, for instance, posits entirely flat planes on a round planet. And yet, such concepts can clearly help us to understand physical phenomena. For a while, it seemed all math would in fact do this, e.g., when seemingly abstract equations led us to the discovery of black holes.

Now, however, scientists may be overdoing it: Clegg is cynical about such models as string theory or supersymmetry, which depend on plugging in new, bizarre concepts in order to make equations work. He advocates that we all develop a basic understanding of more directly useful and grounded concepts such as relativity and quantum theory, contending that such “truly sexy science,” which helps explain how space and time are intertwined, should be taught in high schools, not only because young people gravitate to “new and weird stuff,” but because these ideas offer crucial tools for understanding the world around us.

Clegg covers a lot of ground in 262 pages, by turns deftly, digressively and densely. Reading his book is like following a straight line around the world: it gives us a better understanding of exactly where we are.