How rock ’n’ roll got so white 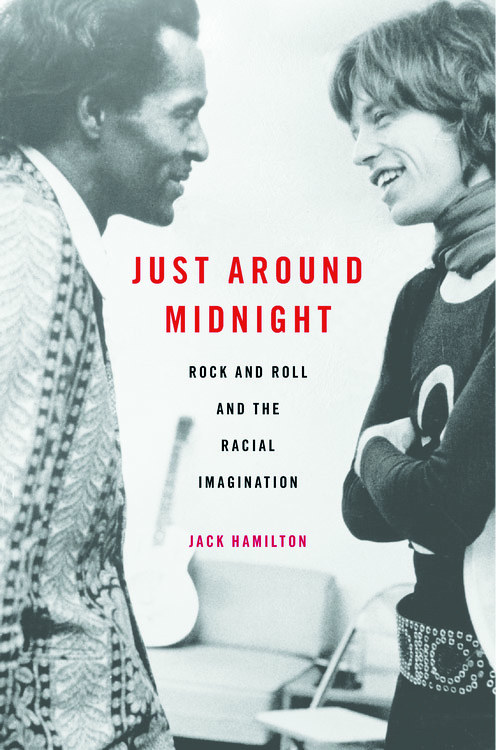 When I was a kid, someone gave me a framed poster of Michael Keirstead’s “The Jam,” a collage of visages belonging to 113 iconic rock ’n’ roll artists: merely seven are African-American (and only four are women). Jimi Hendrix, it seems, was the last black man to make so-called rock music, a suspicion “confirmed” by whitewashed classic-rock radio in the past 30 years.

Academic Jack Hamilton does a fascinating job sifting through the stratification of the ’60s, citing plenty of laughable cultural writing of the day that turned multiracial rock’n’roll into white “rock” and black “soul.” The folk revival, driven by white, middle-class college kids, preferred blues and spirituals sung by poor, downtrodden black artists—not careerists with aspirations to rock ’n’ roll stardom. The mighty Sam Cooke was pigeonholed as an R&B artist, while Motown was perceived as inauthentic pop-music machinery; neither were then recognized as innovators. British R&B enthusiasts like the Rolling Stones had to teach white Americans about the blues in their backyard. A 1965 Time cover story baldly declared, “The Beatles made it all right to be white.” A few years later, Jimi Hendrix was sneered at from all sides, accused of being an Uncle Tom. By the ’70s, complete segregation took root.

Can white people have “soul”? Should black artists dress in tuxedos and play supper clubs with string sections? For actual musicians, these are often ridiculous questions, Hamilton points out. But it’s entirely fair to ask if the Rolling Stones—the biggest rock act to continuously ally themselves with black musicians—could ever justify “Brown Sugar,” which Hamilton rightly accuses of having “some of the most appalling lyrics ever written for a rock ’n’ roll song.”

In 2016, Beyoncé performs with the Dixie Chicks and N.W.A. is in the Rock and Roll Hall of Fame. But the racial divide at radio and among listeners remains. Aretha Franklin, Sam Cooke and George Clinton haven’t magically appeared on that poster that still hangs in my parents’ basement.