How socializing led proto-humans to develop language and culture 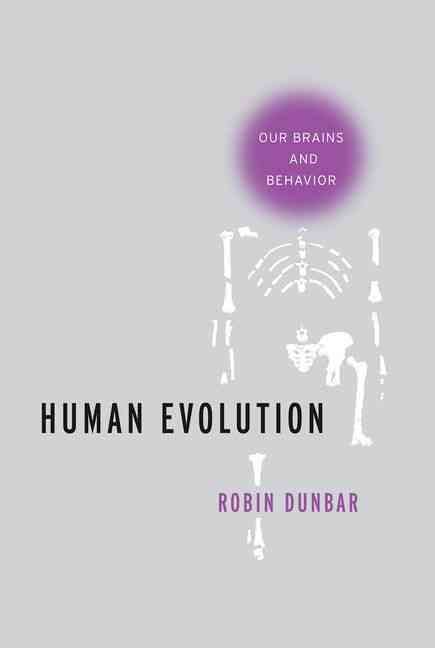 HUMAN EVOLUTION: OUR BRAINS AND BEHAVIOR

An evolutionary psychologist at Oxford and an expert primatologist, Dunbar is best known for his work in formulating the social brain hypothesis in the 1990s, which argues that human intelligence evolved primarily to thrive in social groups. Studies show that a primate’s brain size is directly proportional to the size (and thus the complexity) of its social network. Chimps can handle about 50 other individuals, from close kin outwards through second and third layers of increasingly distant associates. Humans can handle six layers but truly live within the first four, with each concentric circle scaling upwards by a factor of about three: five intimates, 15 best friends, 50 good friends and 150 friends. The last total, 150, is now famous as “Dunbar’s number,” the cohort with whom humans can maintain stable social relations without the aid of police, representative institutions or other means of maintaining often coercive order.

The number has remained widely accepted—even studies of “real” Facebook friends and core Twitter followers back the 150—and Dunbar briskly dismisses rival theories. His aim here is to show how the growing social brain saw our remote ancestors through the five transitions that took them from chimps to the point where language and culture took over as human evolution’s prime drivers.

Like the brain-group size ratio, it all comes down to math, to what Dunbar calls the time budget. Like all creatures, primates have to divide their day between activities important to them—in their case, feeding, travelling, resting and socialization (grooming). Time added to one has to be subtracted from others, and contemporary primates’ grooming time—performed one-on-one—maxes out at 20 per cent of the day, limiting group size to 50. Big-brained primates (human ancestors) faced time pressure on two fronts: large brains are expensive (an adult male human’s adds up to two per cent of his body mass but consumes 20 per cent of his daily energy intake), which means more feeding time exactly when those primates wanted more social time, to increase group size for better protection from predators. Cue our first innovation: laughter.

Dunbar’s math shows that it is three times as efficient in endorphin production than grooming: with a small increase in time (from 20 to 23.5 per cent of the day), a hominin species could handle groups twice as large as chimps can. Music brought more into the fold, and religion still more. And then the final breakthrough—language. Human Evolution offers a compelling story, one that resonates with human nature even now.