How Star Wars escaped its creator

Book review: Chris Taylor's 'How Star Wars Conquered the Universe: The Past, Present and Future of a Multibillion Dollar Franchise' 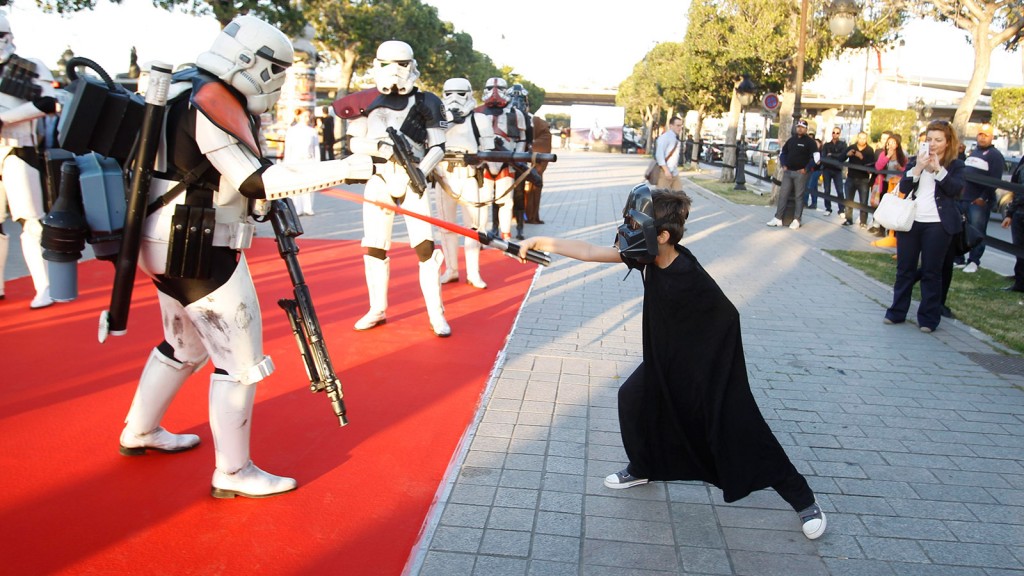 A child with a toy lightsaber plays with a man dressed up as a stormtrooper from the Star Wars movies during a tourism event at Habib Bourguiba Avenue in Tunis. (Zoubeir Souissi/REUTERS) 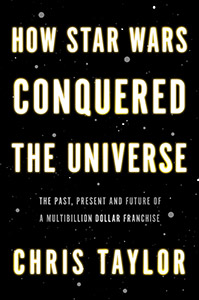 HOW STAR WARS CONQUERED THE UNIVERSE: THE PAST, PRESENT AND FUTURE OF A MULTIBILLION DOLLAR FRANCHISE

There have been many books about Star Wars, but most of them are about the movies—by no means the most interesting part of Star Wars. In this book, Taylor, an editor for the website Mashable, tries to take stock of the full impact of George Lucas’s creation: not just the films, but things like the advertising, the official novelizations and the knockoffs, such as the Canadian movie Starship Invasions. He even devotes several pages to The Star Wars Holiday Special, the variety show about Chewbacca’s family. And the book is also about what Taylor calls Star Wars’ “planet of fans,” people who love Lucas’s characters and world and, sometimes, seem to understand them better than he does.

Because Taylor sees that Star Wars is more than just a bunch of movies, he’s able to spot things movie critics usually miss, like its crucial place in the history of merchandise. “No one had ever made a dime out of toy merchandising associated with a movie,” Taylor points out; Lucas even persuaded a toy manufacturer to drop its anti-violence policy and sell toy laser guns to kids. Taylor offers a good analysis of Lucas’s obsession with new special effects technologies, and how it led to his infamous decision to withdraw the original version of Star Wars in favour of a CGI-enhanced copy.

Of course, fans tend to prefer the original versions and, in this, as in so much else, they come off as more sympathetic than the man Taylor sometimes calls simply “the Creator.” Many of the best stories in the book are about fans, like the guy who moved to San Francisco just so he could see an early screening of Star Wars Episode I: The Phantom Menace, or Taylor’s encounter with a fan actually willing to defend the three Star Wars prequels, even if he also admits that “George Lucas is not a writer.” Taylor lets us see how Star Wars fandom evolved alongside the movies, from the old fan newsletters to the modern interactive culture, where fans produce re-cut versions of the films (including actually watchable versions of the prequels). Whatever happens to Star Wars now that Lucas has sold it to Disney, one thing seems certain: Star Wars will always be intriguing more for the things that happen around it than what happens on the screen.