How the most connected man in Toronto came back from death 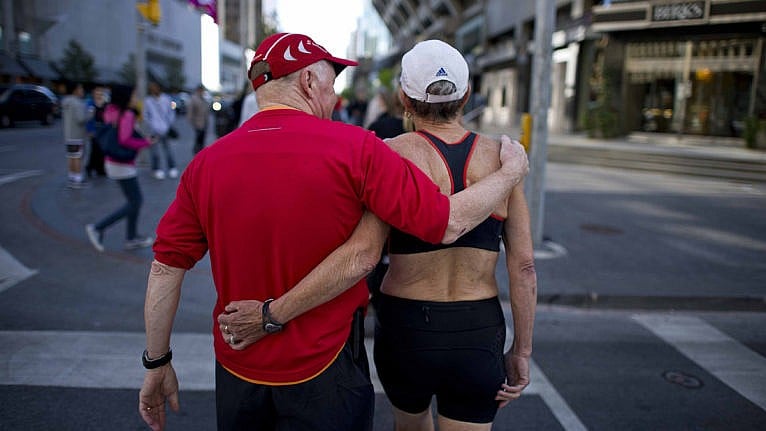 Bob Ramsay is one of Toronto’s pre-eminent connectors, a man with 5,000 personal email addresses in his computer. The communications professional writes opinion pieces for media outlets and speeches for CEOs, and runs a speakers’ series that regularly presents thinkers from Niall Ferguson to Malcolm Gladwell. Husband to prominent MAiD (medical assistance in dying) physician Jean Marmoreo, Ramsay is also author of the arresting memoir Love or Die Trying: How I Lost It All, Died, and Came Back for Love.

In it he writes about his Edmonton childhood, the cocaine addiction that destroyed his business and upended his life at age 40, how his relationship with Marmoreo began in soul-baring phone conversations from an Atlanta treatment centre, and their transformed life together afterwards—mountain climbing, marathon running and circumnavigating Manhattan Island by kayak in 2019, when Ramsay was 70 and Marmoreo, 77. And also about the severe health setbacks he’s had in the past decade, from dying, albeit briefly, during open-heart surgery to strokes and bladder cancer. Love or Die Trying is a tale of (near) death, skillfully conveyed in an amusing way, and a love story, described much more earnestly, with a large cast of well-known Torontonians passing through both parts.

There is a lot of your life in this book, but one question that pops up very early in it is, just how many times did you “die?”

A: Several, several, but better is the way—after I was saved from my bladder cancer—that a great friend of mine put that question: how many times has that woman saved your life? For now, both Jean and I are hanging in, triple vaccinated and for the most part staying up north. 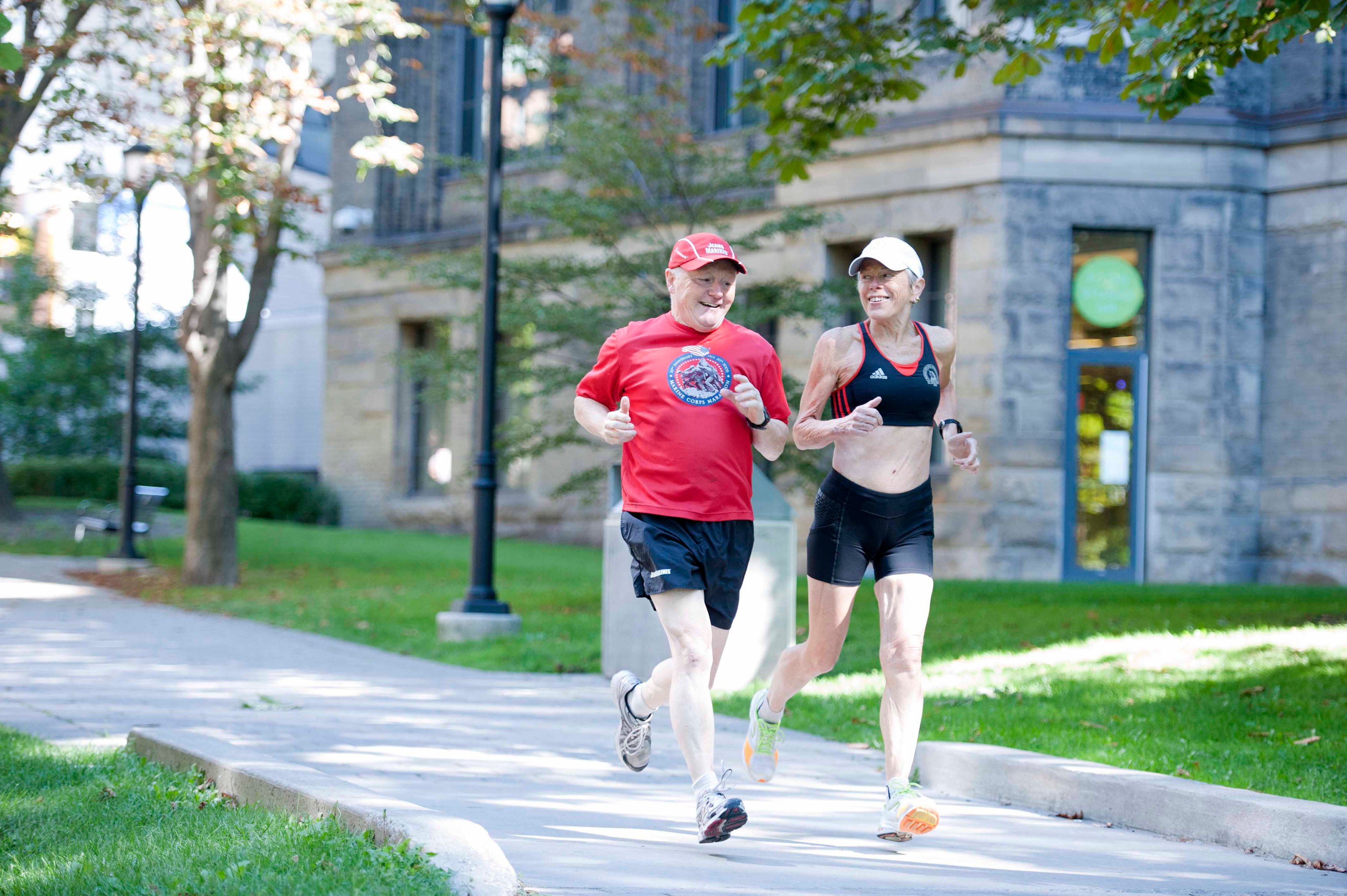 Bob and Jean enjoy a morning run, in Toronto, in 2012 (Photograph by Cole Garside)

That first brush with death was a decade ago, so what was the genesis of writing your book now?

It did actually begin in 2011 after I had my open-heart surgery and died. I wanted to write a book about that, and I put together a proposal. Michael Levine, my agent, sent it around to all the publishers—and I deal with publishers all the time, flying in all these writers through my speakers agency—and every single one of them turned it down. I was, of course, deeply insulted. So, Michael talked me down off the ledge and eventually I got the story placed in Maclean’s. Then all these other things happened. And I thought I’d like to give this book idea another go, this time not just the story of my heart, but the things since and the things before, the old days and the drugs. Then Michael said, “I don’t think it should be a death story, because people do death stories all the time, but anybody who’s known you for 30 seconds will know of your love for Jean. Why don’t you write a love story?“

How much did the story change in the writing, now that it’s a death and love story?

Yeah, yeah. I wanted to include the gigantic fight Jean and I had in the early days of the pandemic because it shows how very different we are. Jean is a MAiD doctor, and she believes in the system and that she’s led a full life, and that when it’s time to go, it’s time to go. I mean, she was raised on a farm. That’s why she thought, in the early pandemic, that if there was a shortage of ventilators and she got sick, she’d refuse one—it should go to someone younger. She has a whole different ethic from me. Mine is rules go out the window when your life is on the line, it’s “Holy crap, if I don’t get to the front of the line, I’m gonna die.“ So I said I have your POA [power of attorney] for health and I’ll tell them to put you on a ventilator. So she fired me as POA and passed it on to her doctor. I felt pretty marginalized when my wife fired me.

RELATED: The doctor who took on death

You devote a few pages to iconic Toronto designer Robert Burns, whose addictions led him to homelessness and early death. Was his fate a “There but for the grace of God—and Jean” experience for you?

Oh, Jesus, yes. The reason why I talk about him is I worshipped the guy. He was everything I wanted to be. Robert Burns and Heather Cooper and Jim Donahue took the graphic design world in Toronto in the late sixties and seventies and put it on the world stage. They were fantastically talented. And they led a kind of life I think very few other people did then. It was all about parties and interesting people and then it was about drugs. There were two periods of drugs in my life, the 1990-91 one I talk about in the book, which sent me to Atlanta, and one around 1980, when Robert and I started doing cocaine together. And it got very bad. I really still don’t know the answer to why, but I just woke up one day and I said, I can’t do this anymore. I stopped. Robert kept on going and he brought down his company, brought down his marriage, brought down the people around him and ended up living in the street. That’s why I put him in the book: I stopped and he didn’t, he died and I didn’t, and I don’t know why.

Tell me about being a connector.

Looking back, I think I’ve always been one. Years ago I had Malcolm Gladwell as a speaker after he had finished Tipping Point, and he was among the first to popularize the word. And he called me a connector. Thing is, I got Gladwell to come because his pal, [Globe and Mail journalist] Ian Brown, was my pal as well. At the launch event for my book, we had 600 people, and I was interviewed by Ian. “So you’ve got four or five thousand people on your email list,” he asked me. “How many are friends? “And I said, 4,500 and I meant it absolutely. And you could see everybody’s faces go, what the… What my answer says to me is I work very hard on keeping up my friendships and deepening them, even when that gets to be a bit much for my friends and for me as well. My inner urge to put people together is insistent, based on the idea that since I like A and I like B, they’re going to like each other. It’s just who I am.