How the Writers' Trust of Canada saves authors

The Rogers Writers' Trust Fiction Prize is one of Canada's Big Three awards—just one of the ways the Trust offers salvation to authors. 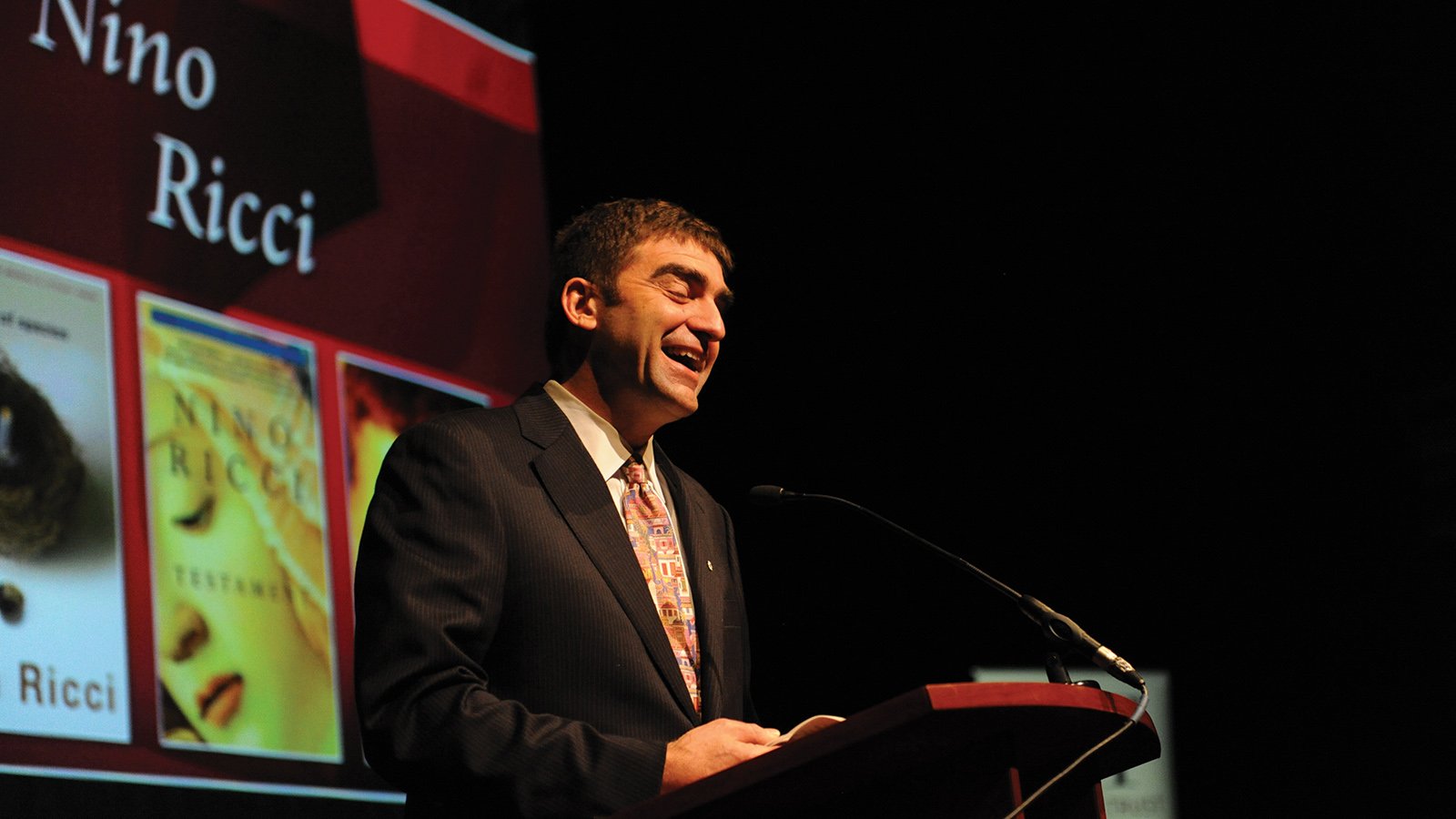 “You can get mired in the middle of writing a book, as I was two years ago,” says Nino Ricci, “and the longer it takes, the more you have to grab at every source of income—commute to teaching gigs in Kitchener, say, or Windsor or Massachusetts, and the older you are the more wearying that is—and the further you get from finishing the book.” When, in the middle of all that, “someone says to you”—and by someone, the 55-year-old Toronto author means the Writers’ Trust of Canada, the only institution in the country that could say it—“ ‘Keep it up, we think you have more to give,’ it is an enormous boost in morale.” And money. When Ricci won the $25,000 WT’s Engels/Findley Award for a writer in mid-career in 2012, “it filled my heart with glee.”

It’s not a “sexy” award, allows 2013 winner Lisa Moore, not the way a book-of-the-year prize is, although the Writers’ Trust does glam too. Partnered with Rogers (which owns Maclean’s), the Trust’s $25,000 fiction prize—which will be awarded on Nov. 4—is one of Canada’s Big Three, along with the Governor-General’s award of the same value and the most glittering of all, the Scotiabank Giller, now pulling away from the other two with an eye-popping $100,000 for the winner. In combination with Hilary Weston, the Trust also offers the country’s richest ($60,000) literary non-fiction prize. But lightning doesn’t strike everyone—and (almost) no one more than once. When it comes to the hard slog of literary life in Canada, nothing supports—and soothes, and reassures, and outright rescues—writing’s solitary practitioners more than the Trust, to the tune of $500,000 a year.

Beyond its 11 named prizes—which also include the Matt Cohen: In Celebration of a Writing Life ($20,000) and the Shaughnessy Cohen for political writing ($25,000)—the Trust also provides stipends ($1,000 to $6,000) for the writers who serve on all the juries it empanels. It operates the Berton House residencies, which offer three-month breathers in Pierre Berton’s childhood home in Dawson City, Yukon. “That’s three months of peace and support—travel costs and a $6,000 stipend,” says WT executive director Mary Osborne. “Most of those who go call it the best three months of their lives.”

And the Trust administers the Woodcock Fund, which in the past 25 years has disbursed over a million dollars to some 200 writers facing imminent financial crises. “Writers are always walking on the edge,” Osborne says. “When crisis comes, they have nowhere to put a foot. Everything we do, the prize money, the stipends—we know when we ask them to judge prizes, we are taking them away from their own bread and butter—is to give them a steadier footing. After those, then there’s the Woodcock.”

It’s the breadth of what the Trust does, crossing genres, career and life stages, and bridging too the gulf between humdrum and glamour, that makes it “vital” in CanLit, Osborne adds. The latter two roles “seem like polar opposites, but they are very complementary.” The first answers need and the second keeps excitement and funds flowing. “I was on the PEN Canada board for years,” says Ricci. “I hate raising money and I’m not good at it, but the Trust people are. They have a connection to a cultural and financial elite who also love literature.” When he’s at events with Trust supporters, Ricci adds, tongue (sort of) in cheek, “I’m with people who don’t share the bitter sense of rejection and dejection endemic to writers, just people who love literature.”

The endless need to fundraise has two big events on its annual calendar, the springtime Politics and the Pen gathering in Ottawa, when the Shaughnessy Cohen winner is named, and the fall’s Writers’ Trust Gala in Toronto. This year’s gala, on Nov. 25, will also celebrate the 75th birthday of Margaret Atwood, one of the Trust’s five founders in 1976.

But the Trust is always looking for more, not just more money but more innovative ways to use it. “We’re now considering how we can help Canadian writers internationally, for the sake of the bigger markets they could tap, some way to promote abroad a group of authors linked thematically,” Osborne says. It would be something new to add to a range of support already unparalleled elsewhere. “Our bestseller lists are more literary than most countries,” says Osborne, “and I think the Writers’ Trust’s efforts and effects are visible in that.”

This year, on Nov. 4, the Rogers Writers’ Trust will be the first of Canada’s Big Three fiction prizes to announce its winner. Maclean’s asked each of the five nominees vying for the $25,000 award to comment on a past author “whose influence you feel in your own work, and how.” Their answers, and excerpts from their shortlisted books: