'I believe that all of us, even those who are atheists, seek God' 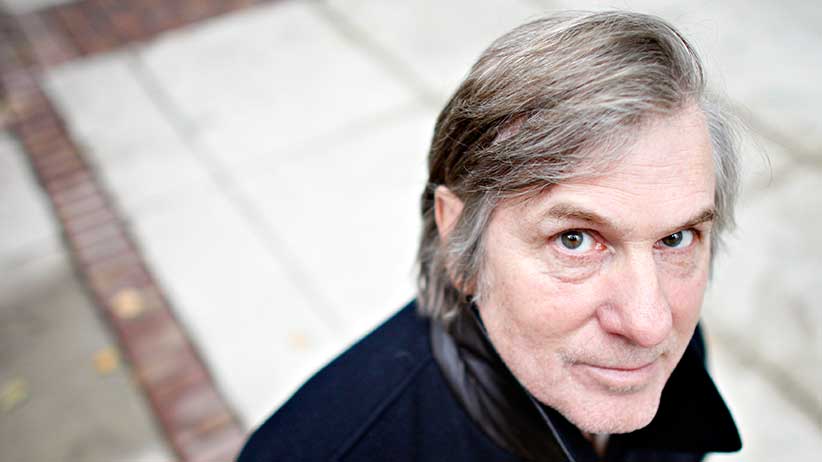 David Adams Richards hold a peculiar place in Canada’s literary pantheon. Going by honours and recognition, he’s an insider’s insider: a Giller prize and two Governor General’s Literary Awards. He’s one of only three writers to have won a Governor General’s award for both fiction and non-fiction.

But in just about everything truly important he’s as outside the tent as can be, far more Faulkner than Atwood or Davies: the very particular regional setting (all in New Brunswick’s Miramichi valley), the biblical resonances, the avoidance of irony, the mordant fatalism and equally striking moments of transcendence, the muted questions of class resentment, the way in which questions of faith, morality, and unseen forces arise.

So it’s no surprise (even if it is an act of bravery), to see him write an idiosyncratic book of personal faith, God Is (Doubleday). In it Richards charts his on and off relationship with the Catholicism of his childhood, his battles with alcohol, despair and black rage, the resentment he has always felt against those who mock the faith of others to bolster their own conventional pieties, the murderers and victims he has known, and the sheer number of miracles he’s seen.

It’s not the easiest polemic to follow—it’s difficult, for one thing, to grasp what he thinks of religion as opposed to God—but it is fascinating reading, illuminating of his fiction. Richards insists that the presence of God cannot be denied, and that we all know it, though may will not admit it even to themselves. “I believe that all of us, even those who are atheists, seek God—or at the very least not one of us would be unhappy if God appeared and told us that the universe was actually His creation. Oh, we might put Him on trial for making it so hard, and get angry at Him, too, but we would be very happy that He is here. Well, He is.”

Shortly before the publication of God Is, Richards had this email exchange with Maclean’s Senior Writer Brian Bethune.

Q: You’ve been thinking about this for a long time. In an interview in 2000 you mentioned the social pressures of the late sixties, how abandonment of traditional (and perhaps instinctive) concepts of faith and morality was not so much heartfelt as peer-pressured. What brought God Is into existence now?

A: I think that most of what I witnessed in the ’60s and ’70s was innocent and contrived—and I speak in the book to the contrived rebellion attained by some who believe they are thwarting convention by doing only what their peers do. This is troublesome to me, and a problem not just of the ’60s or ’70s.

A: Yes religion and faith are quite different, but religion does form the foundation of faith. But if we see—and we do, at all times—problems in religion, one might not necessarily equate this with faith in what the religion proclaims. It is a tricky subject and hard to separate—but just because governments continually fail does not make us give up on governments.

Q: That’s the essential question that kept coming to my mind as I read your book. What do you mean by faith? The hope for the future, the belief in a good greater than ourselves that is held (as you point out) by absolutely everyone?  Or faith in God, or even in a particular religious tradition? Sometimes you seem to distinguish between religion, faith and God, other times to equate them, as when you write of “a secular trend today to keep faith as far away as possible.”

A: Yes, a belief in a good much greater than ourselves that belongs with innocence, and comes from God. That is I suppose all we can know. But at least we can know that. People may say that is naive, but the puffery of certain people who easily dismiss this, is naive as well. I keep coming back to the problem—the same issues arise and the same mistakes are made by people who say they do not believe, who accuse people who do believe of hypocrisy and self-righteousness. If this is the case, then there has to be a more transcendent way to alleviate these signposts of what I chose to call sin. Now if I was writing a purely religious book I would speak of my own Catholic faith and maybe the Eucharist as being all important. But I am writing in a way a polemic about those who disclaim faith and religion as an answer for secular man, and make all the same “errors” in doing so.

Q: There is a class-based aspect profoundly important to your argument, no? You hate the casual dismissal of loved ones, of the way one was raised, of tradition, all thrown away for fast social acceptance? You know (and resent) the intelligentsia’s attitude that the less educated are less human, and the more religious are the more stupid. This goes along with the personal: you write with a strong sense of being an outsider in the world of writing, far out of the mainstream, particularly in this theistic regard, and mocked for it. How do you square that with your honours—have people mistaken your writing, were the prizes won by books that somehow did not live up to your true nature, were they insincerely given?

A: This is a question that is hard to answer politely. Let me just say that I do not have to prove my credentials about literary integrity to anyone in the country. I am grateful for every award I have received, but those awards did not necessarily garner literary acceptance—nor do I seek it. How my work has been treated has been well-documented for the last 37 years and will probably be known in time.

Q: “Without faith nothing at all would ever happen.” Could you elaborate on that? It’s meaning is apparent in sense of faith in future, faith in things one loves and cares about, but not so transparent in faith-in-God sense.

A: Well, it is all of that—but if we have faith it must sooner or later be faith in things beyond or outside ourselves. I think most of us would call this God. And too many incidents happen to us on a daily basis not to see this as something magnificent and transcendent. Now I will tell you that I am not at all a good candidate for sainthood but I have always believed this.

Q: The importance of violence, especially murder, the ultimate sin, in your thinking, even if it’s not always legally murder, but still a killing of some kind, of spirit or potential. Your experiences with that have allowed you to see more clearly what the insulated cannot?

A: If you witness this kind of violence among friends and people you care for—I think it does make you realize the utter travesty of revenge and self-justification in that regard, and allows you to see how things are disobedient to a great spiritual law. But as I say there are many ways to commit murder, and none of us are really insulated from this.

Q: You maintain an awareness, a greater sense than most, of life not being under your control (the rolling car, meeting a woman in a mall, your children). That is a central argument for God’s being?

A: Yes it is—as I have said before none of us can say with certainty that the comfort we feel at this moment will last. If we cannot say that for certainty there is little we can say for certainty—except that we certainly do not control our own destinies as much as we sometimes think.

Q: We all act like there is a God, or at least a supernatural order, we would not be who we are otherwise: as when you apologized to the shade of your dog, and you asked yourself to whom you were addressing the sorrow, who do we think directs the wonderful and terrible things that happen to us? Would you agree that you’re saying the questions compel the answer? We haven’t simply made this all up to cope with a brutally indifferent universe.

A: There is a great novel called Master and Margarita by Bulgakov where the world without God is terror—that terror is the way of the world and in essence proves not only God, but the need and longing for God. That is, we know by this terror that the struggle has to be upward, away from terror and toward God. Anyone who has seen the world of violence as I have I think knows this. And in many respects we have all seen this world, and all feel this.