The Swedish giant doesn't just do affordable furniture, it's also inspired a horror novel, a French bestseller and a museum 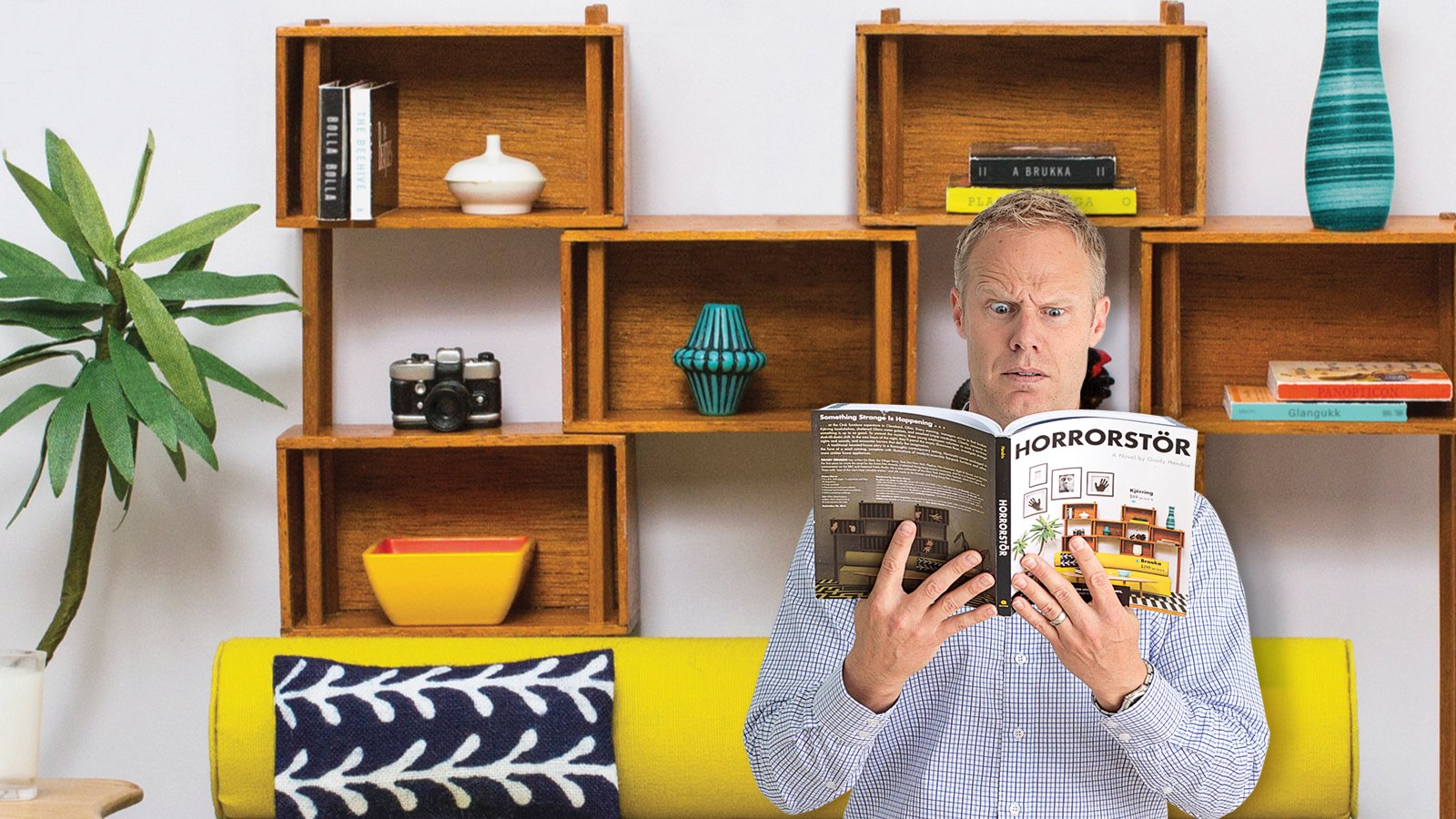 There’s retail and then there’s Ikea. From its bright blue-and-yellow colour scheme to the iconic (if that’s the word) meatballs—not to mention a monkey in a shearling coat—the world-spanning Swedish home-furnishing giant holds a place in contemporary Canadian imagination scarcely eclipsed by Eaton’s in its days of glory. All around the world, Ikea’s cultural footprint is only getting larger. For possibly the first time in history, a department store plans to open a museum of its own wares, to meet popular demand.

There has been an 8,600-sq.-foot historical exhibition of key product lines for two decades now, meant to inspire new generations of Ikea designers, explains its California-born manager, Michele Acuna. The 20 furnished rooms are in the basement of the Ikea Hotel and Restaurant in Almhuit, the small—9,000 people—Swedish town where founder Ingvar Kamprad opened his first store in 1958. “Ten years ago,” says Acuna, “we had to start limited public opening because of all the people who wanted to see it—other employees, outside designers, seniors tours, school groups. That grew to the point where we’re open all the time. We get 12,000 visitors a year.” Hence the new, 75,000-sq.-foot permanent museum, slated to open in Almhuit in 2015, in advance of which Ikea has issued a call to Swedes, who are more likely than foreigners to have the oldest items, to “raid your attic, your shed or your parents’ house for products.”

A lineup of nostalgic tourists in Almhuit is not the only sign that the flat packs of yesteryear are embedded in the culture. The chain is starting to emerge in pop literature. French author Romain Puértolas, in need of a brand-name closet to launch his hero on an inadvertent European tour, opted for the inescapable in The Extraordinary Journey of the Fakir Who Got Trapped in an Ikea Wardrobe. A massive bestseller in France, the novel will be released in English on Aug. 5.

Puértolas’s lighter-than-air fable about an Indian con man who finds love and goodness doesn’t spend much time in a Paris Ikea. But, like everyone who introduces Ikea into their stories, he has a lot of fun with faux-Swedish product names and the company’s some-assembly-required concept. The fakir, professionally suspicious, wonders why the 15,000-nail deluxe version (in puma red) of the Hertsyörbak bed of nails is cheaper than the 200-nail version. “When you have spent a whole week hammering in the 15,000 nails, sir,” an employee explains, “you will no longer be asking that question.”

Ikea is more of a presence in the wonderfully named Horrorstör, Grady Hendrix’s blackly funny and creepy tale of a very bad night in the lives of five Orsk employees. (Orsk is an fictional American knock-off of the Swedish retailer, one that ignores the latter’s good points and magnifies its drawbacks—“like a Wal-Mart that’s decided to ape Ikea,” Hendrix helpfully explains.)

The physical book is shaped like an Ikea catalogue, with chapters headed by illustrations for products that seem vaguely sinister until they are unambiguously so—by Chapter 16, the Ingalutt hydrotherapy chair allows users to “submit to the panic, fear and helplessness of drowning, with the hope of death a distant dream.” Anyone frustrated by the difficulty of exiting an Ikea can empathize with beaten-down employees who can no longer find the yellow stripe—here called “the Bright and Shining Path,” a name usually associated with Maoist guerrillas in Peru—that would take them safely out. That leaves them vulnerable when the ghost inmates of the prison that once occupied the site rise up, led by their mad warden, who sees profound similarities between his brutal jail and certain current retail environments.

“It had to be Ikea,” laughs Hendrix, 41, “because what else do you think of? I look around my house and about a third of the stuff in it is Ikea. You think, when you buy there, it’s some transient phase, but it’s there through your life.” And it had to be a poor imitation, he adds. “I interviewed a ton of Ikea employees for this, and not one of them had a bad word to say about working there. Not like Wal-Mart or Home Depot at all.”