In a new book series, Canadian critics grapple with COVID-19 and racism

An ongoing series of book-length essays called 'Field Notes', features political and cultural critics who comment on the pandemic and anti-racism movements 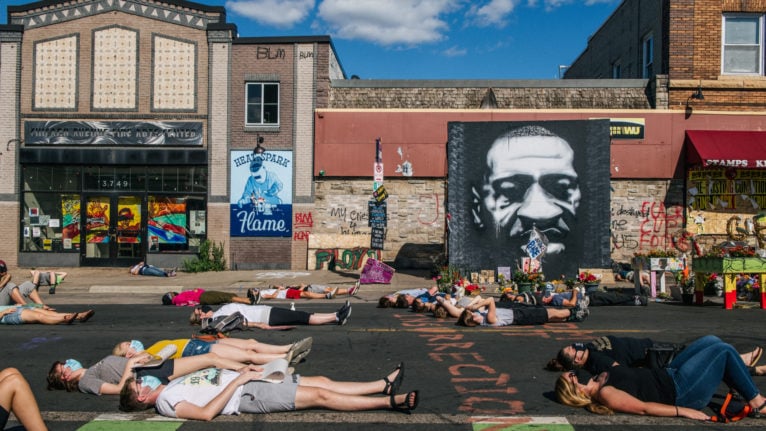 Inspired by 18th-century political pamphlets such as Voltaire’s Treatise on Tolerance, an attack on religious fanaticism that became a French bestseller after the 2015 Charlie Hebdo massacre, publisher Dan Wells is launching an ongoing series of book-length essays on contemporary issues, called Field Notes. His prestigious, Windsor-Ont.-based literary press, Biblioasis, is starting with four works addressing COVID-19 and the George Floyd protests: philosopher Mark Kingwell’s On Risk (Oct. 13); writer/activist Andray Domise’s On Killing a Revolution (Dec. 10); Black studies professor Rinaldo Walcott’s On Property (Jan. 19); and author/academic Andrew Potter’s On Decline (March 9). The following essays explain what the authors set out to do with their “field notes.”

I started thinking and writing about risk before the global COVID-19 pandemic, but the health crisis added new urgency to the subject. Suddenly odds of infection, numbers of dead, infection rates and flattened curves became part of everyday discourse. This particular risk arose as a media spectacle, as well as a global affliction. It also offered a rare opportunity to rethink our ideas of justice.

Risks are often considered natural and hence mute or indifferent. A hurricane or a pandemic does not, by itself, discriminate between victims. But identifiable populations suffer more than others, and not for idle or unchangeable reasons. Risk is always political, driven by everything from where and when you live, your gender and skin colour, and how much status or wealth you enjoy (or don’t). Risk forces us into the territory where misfortune and injustice collide.

Risk is a fact of daily life; it is life. Mostly we ignore it, or make peace with it, or plan some kind of protection. But these coping opportunities are likewise unevenly distributed. That’s why those “We’re all in this together” signs are so annoying. Sure, yes, in one trivial sense we’re all susceptible to a disease that does not care about who or what we are. In reality, that disease has drastically uneven effects. That slogan is a bit like saying “All lives matter” as a reply to “Black lives matter.” It simply misses the critical point.

The COVID-19 pandemic altered the existential terrain but, more importantly, revealed rotten social conditions. Right now everyone is thinking about risk in a top-of-mind way. Usually you can forget about the risk of dying in a plane crash, say, if you recall that you’re more likely to expire taking a bath. Once the mortal questions of risk are raised, however, it becomes hard to go on in any complacent way.

We sometimes call the forces behind cosmic uncertainty “the laws of chance.” They aren’t really laws, just hard-won, limited and only partly accurate generalizations about life. Thinking critically about risk reminds us that flattening the curve of human suffering, creating a better future, is an infinite task.

Mark Kingwell is a professor of philosophy at the University of Toronto and a contributing editor for Harper’s Magazine. His 12 books of political and cultural theory include the bestseller The World We Want.

The 2020 protests against police brutality, possibly the largest and most widespread protest movement in American history, proceeded with the fury of voices too long unheard. The demand was simple: abolish the police. And the reason was clear: Black Lives Matter. At a grassroots level, the protests caught on like wildfire, rocking white America back on its heels and, for a time, there was a distinct possibility that this was it—the uprising that would finally pull down the decadent structure upholding American imperialism, capitalism and white supremacy had finally arrived.

And then, corporate America arrived to disrupt, co-opt and confuse the message. On Tuesday, June 2, 2020, companies across the globe posted messages of support for the movement for Black lives—in some cases redesigning their social media pages to feature a black square in place of their corporate logo, in others redesigning their user interfaces to point people to music and film associated with Black culture, or posting messages of solidarity.

There was no message in support of police abolition, no initiative to release protesters facing serious federal charges for their participation in the uprising, and most of all, no agreement that the greed of corporate America, the reactionary stalwart of bourgeois society, had itself contributed to the crisis through union-busting, neighbourhood gentrification, exploitative labour practices and extractive relationships with the Global South. By cloaking itself in the veneer of social responsibility, Blackout Tuesday was corporate America’s attempt to not only co-opt the message of the protests, but to enlist celebrities, politicians and the corporate boardroom to snuff out the movement through contradictory messaging and what one activist called the “NGO-ification” of legitimate protest.

This campaign of co-optation has its precedents in North America, including Occupy Wall Street and the African aid movement. It is essential to resist the way such movements are hijacked, diffused into the pathways of conscious consumer choice and electoral politics—and, ultimately, absorbed into the bourgeois mainstream. The moment celebrities and politicians began repeating protest slogans, pairing them with aphorisms like “tangible change” and “systemic reform,” is when the process of co-optation began.

Andray Domise is a Toronto-based writer and journalist. He is a Maclean’s contributing editor and has spoken on numerous TV panels about the way race is lived in Canada.

Property is the root of discrimination

The campaign to defund the police is all the rage these days but is embedded in a deeper set of political demands. There is an urgent need to transform our society beyond its 18th- and 19th-century roots. Abolition is the name these demands go by.

The history of Black enslavement is one that gives Black people a doubled insight on confinement and property, since we were once property ourselves. Our special relationship to property is forged in our resistance to enslavement. We have been, as Fred Moten, the African-American theorist, termed it, “laboring commodities.” A significant element of Black people’s resistance to this status culminated in the destruction of property as part of an effort to make our enslavement less profitable and, eventually, useless. And it worked. The breaking of tools, the burning of crops and housing, the sabotage of mills and other large equipment on plantations constituted a counterattack on slavery that was as important as both rebellions and legislation to emancipation in the Americas.

The condemnation of rioting and looting, such as recently occurred during the George Floyd and Black Lives Matter protests, needs to be explored. Why is it that the sight of a burning building elicits more horror than that of a dying Black man? Why has looting never been understood as what it is, a redistribution of wealth and a rejection of the social systems that lead to gross inequalities and injustice?

At the most basic level, land as property, which is the foundation of modern wealth, sits at the root of contemporary policing and its relationship to Black communities. Rethinking our relationship to property of all sorts is the only way we can actually achieve justice. Black people moved from property to personhood through an abolitionist movement. The abolition of property would rearrange our contemporary lives to produce a more compassionate world.

Rinaldo Walcott is a professor of Black studies at the University of Toronto’s Women and Gender Institute. His latest, co-authored book is BlackLife: Post-BLM and the Struggle for Freedom.

The death of David Bowie in the first week of 2016 was a bad start to a year that quickly got a whole lot worse on every major front. The war in Syria, the Zika virus, terrorist attacks in Brussels and Nice, the Brexit vote—and then the election of Donald Trump.

Bowie’s death also seemed to mark a turning point in our cultural self-understanding. As a popular meme had it, “I’m not saying that David Bowie was holding the fabric of the universe together but *gestures broadly at everything.*” The end-of-year wraps all declared 2016 as “the worst . . . ever,” but every year since has also felt like the worst ever, to the point where suggesting this was the apocalypse soon became something of a social media cliché.

As a lark I started collecting frightening news items and posting them on a Twitter thread under the heading, “this sounds like something that would play in the background during the opening scenes of an apocalyptic thriller.” It was mostly black humour stuff, like the story of the tool-wielding monkeys who were attacking tourists in India. People started sending me links, and a few of them went casually viral. It was fun.

But when COVID-19 hit, joking about the apocalypse stopped being fun. Partly because I was simply scared for my family, but also because I started to wonder if this is what the apocalypse looks like. We tend to think of The End as something spectacular, like zombies walking the streets. What if it is not one big event but a long series of smaller ones?

This is close to what the writer William Gibson calls the “Jackpot,” a centuries-long process of decline that is just the working out of the deep logic of our civilization. We are in decline, and as much as we are consumed by Trump, the culture wars, even the COVID-19 pandemic, we need to realize that these barely rate as sideshows against the broader forces at play.

Andrew Potter is an associate professor at McGill University’s Max Bell School of Public Policy. His books include The Authenticity Hoax: How We Get Lost Finding Ourselves.

This article appears in print in the November 2020 issue of Maclean’s magazine with the headline, “Burning issues.” Subscribe to the monthly print magazine here.