In his latest novel, the award-winning Hage revisits his birthplace in the midst of conflict 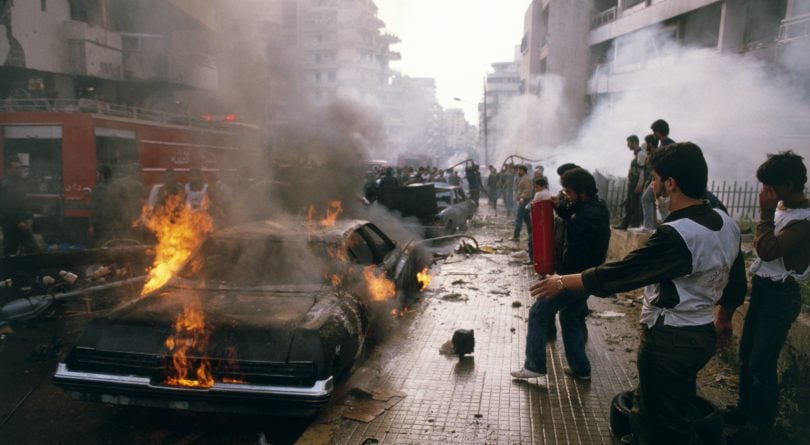 Somewhat unfortunately for an author who says “the biographical too often overshadows the literary work,” Rawi Hage has had an interesting life. That’s in both the sense of the apocryphal Chinese curse and in plain fact. And it shows in his work. One of the most critically acclaimed writers in contemporary Canada, Hage arrived on the national literary scene like a comet in 2006 with his debut novel. De Niro’s Game was nominated for every major Canadian prize and won the 2008 Dublin IMPAC Award, one of the world’s richest literary prizes. The novel centres on two young men in Beirut whose teen years unfold against the first decade of the Lebanese Civil War, one of whom flees the country during the 1982 Israeli invasion. Beirut-born Hage departed for New York that year, at age 18. Two award-winning novels (Cockroach and Carnival) followed, set in Montreal’s immigrant community and involving considerable taxi driving, as did the author’s life after he left New York for Montreal.

But Hage is right, too, that an overemphasis on a writer’s personal experience can blunt a reader’s appreciation of his literary achievement, something paradoxically made clear by Hage’s return to the Lebanese Civil War in his new novel, Beirut Hellfire Society. Set some seven years before De Niro’s Game, when Hage himself was only 11, Beirut Hellfire Society follows 20-year-old Pavlov, the son of an undertaker who falls victim to the war’s random violence. Soon Pavlov is approached by one of the mysterious Hellfire Society’s founders to assume his father’s place and discreetly take care of Beirut’s “orphan” corpses—atheists, gays, prostitutes and others denied decent funeral services in a religiously conservative society.

His father’s son, especially in their mutual preference for fire (cremation) over earth (burial), Pavlov agrees to take up his work. He becomes a kind of Charon to his marginalized and dwindling community, listening to their stories—fantastical or heart-rending or both—while they are alive, and ferrying their bodies to their desired ends after they die, even if it requires secretly exhuming them from where their families have buried them or keeping the headless corpse of a dog in his freezer for months.

It’s an elegantly beautiful novel, full of bleak humour—Pavlov’s father is killed by an artillery shell while digging a grave, into which he conveniently falls—and gem-like sentences: “Their breath reeked of killing,” describes Pepsi-drinking sectarian fighters lounging outside a grocery store. It’s about death, but not at all about one particular war, or even war in general, which is depicted as merely an eye-opening backdrop to the randomness of human existence, a truth that peace allows us to ignore.

Lebanon’s long-running agony does have something to do with his setting, Hage allows in an interview, because “the spectre of death is always apparent in this region.” But the genesis was the death of Lebanese-Canadian poet John Asfour, a close friend of Hage and his long-time partner, fellow novelist Madeleine Thien. “His terminal cancer and the loss of some of my uncles collided with the war in Syria and, even more, the savagery of the war in Syria—that all made the memory of things just leap out in my mind—and maybe age. I am getting older,” says Hage, 54. “I began thinking about extinction, much more on the philosophical and theological side of things. The war this time takes a back seat. It’s not a journalistic or historical novel.” Hellfire, a story in which violence is never telegraphed but arrives with an abrupt, vicious immediacy before being incorporated into the daily rhythms of the survivors’ lives, “is not even a violent novel so much as it is a book that talks about violence.”

That doesn’t mean Hage’s life isn’t vividly present in Hellfire. Quite a lot leapt to memory in the wake of Asfour’s death, as Hage contemplated the inevitable disappearance of individuals, family lineages and entire peoples—and the way historical and cultural patterns continually reassert themselves. There’s a sense of Beirut’s old reputation as the Arab world’s place of refuge for intellectuals, artists and other dissidents, a serenely civilized city—Pavlov’s natural constituency—now worn raw, a sense that Hage himself questions. I don’t really remember that. I was nine when the fighting started, and the war memories have dimmed the rest.”

Then there is the way both Pavlov and Hage love Homer, although the character is more taken with the Greek poet’s indifference to the afterlife and his fiery funeral rites, while the novelist admires Homer’s relentless impartiality. “What I like about Homer—what I learned from him—is he doesn’t pick sides, he just shows the violence, the outcomes.”

Is that why Hage has Pavlov fixated by a militia fighter dragging a dead enemy behind his car, like the body of Hector behind Achilles’s chariot? “Actually, I happened to witness something similar when I was a kid. That’s one of the things I remember from the early war, how they used to drag bodies behind cars. I don’t know how they picked it up. Maybe it’s an ancient thing that became innate in the people of the region.” Maybe, Hage adds sardonically, “we can blame the Greeks.”

In the epilogue, when the story moves briefly to the present, Beirut Hellfire Society’s underlying connective thread—a kind of geocultural determinism—becomes fully visible. Pavlov’s half-Swedish great-niece comes upon the scene and starts to morph into Pavlov. “Yes, it’s a story about families and lineages,” says Hage, “that asks how people are transformed by their geographies. How important is it to stay in one space? Maybe we should all become wanderers. I just don’t know.”