Inside the magical world of dolphins 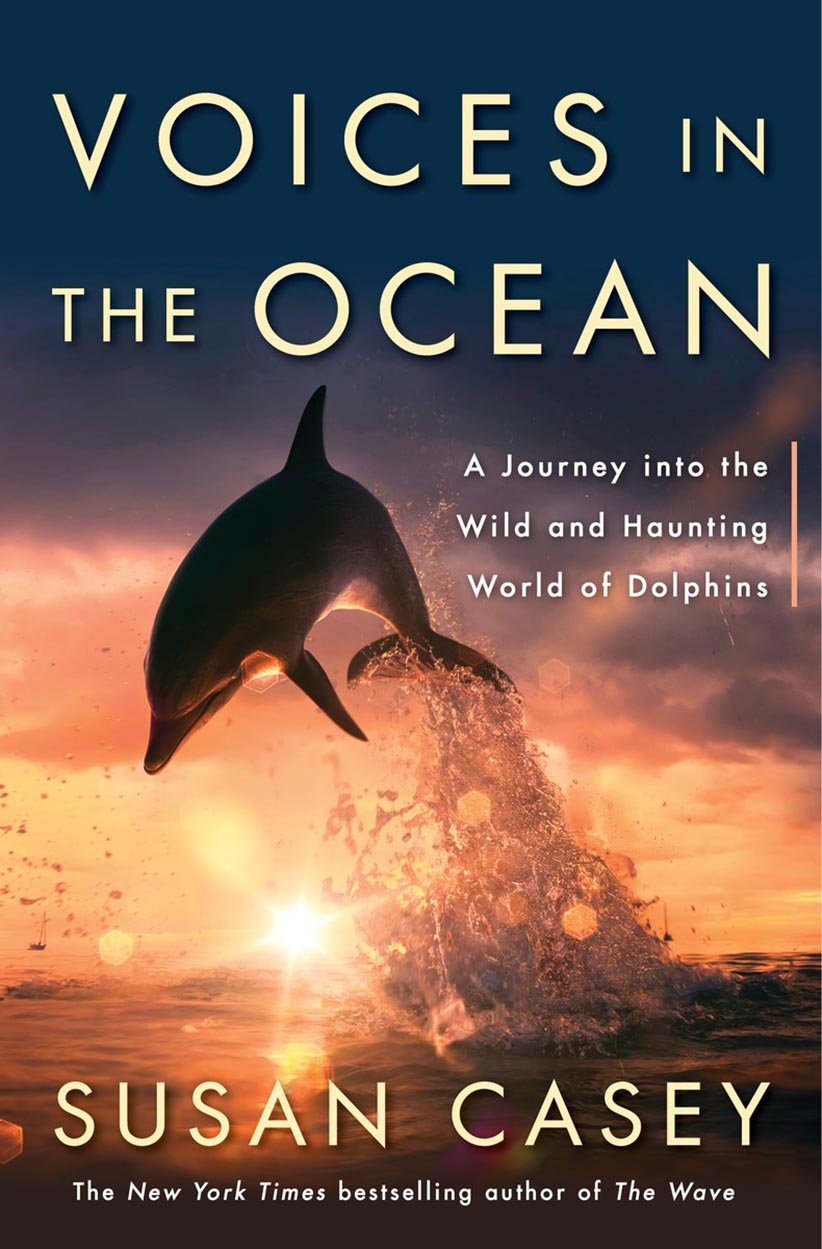 VOICES IN THE OCEAN

From Aboriginal Australians to Caribbean vacationers, humans have long felt an affinity with dolphins. Poseidon, Aristotle, the Emperor Augustus—all were dolphin crazy. (It was legal for an ancient Greek to kill his slave, but to kill a dolphin was akin to murder.) Walk into any New Age bookstore today and you’ll find dolphins elevated to the status of spiritual guides and angels. What is it about dolphins? That’s a question Casey sets out to answer here—after her own brief swim in a pod of wild dolphins haunted her for months afterward. She had participated in “a profound, cross-species greeting,” she writes. “I got the impression there was somebody home behind each set of eyes.”

Casey—an American journalist who wrote of her fascination with great white sharks in the bestseller The Devil’s Teeth—spent two years trying to get to the bottom of what happened in those 10 “soul-shaking” minutes. She discovers in the process an animal brain of astonishing complexity. Behaviourists have long observed that dolphins are highly social chatterboxes who count, cheer, giggle, use tools, make jokes, play politics, enjoy music, infer, manipulate, improvise, throw tantrums, gossip, empathize, seduce, and grieve. But thanks to advances in 3D imaging, neuroscientists now know dolphin brains have three times the neurons responsible for high-level functions like judgment, intuition and self-awareness that ours do, and that the unique architecture of their brains allows them not only to process information faster, but to communicate and experience emotion in ways we don’t yet fully understand.

Furthermore, since our genome resembles theirs even more closely than it does that of chimpanzees and apes, Casey suggests dolphins may feel as drawn to us as we are to them—as scores of swimmers, surfers, divers and fishermen who’ve been rescued by them have attested.

Casey spends time in “Dolphinville,” a Hawaiian community that believes dolphins are envoys from other dimensions, and in a harbour town in Ireland, where a lone dolphin prefers the company of humans to its own kind. She also visits a decidedly dolphin-unfriendly marine park in the Dominican Republic, Marineland in Niagara Falls, and the town of Fanalei in the Solomon Islands, where dolphin teeth are used as currency. She describes general threats to the species (pollution, oil spills, habitat destruction, food depletion), and one that uniquely affects cetaceans: underwater bombs and sonar blasts conducted by the U.S. navy that cause whales and dolphins to beach in panic.

At the front of this absorbing and informative book, Casey quotes Yeats: “The world is full of magic things, patiently waiting for our senses to grow sharper.” That’s if, in our ignorance and greed, we don’t succeed in wiping them out first.