Inside the sell off of Canada's literary heritage 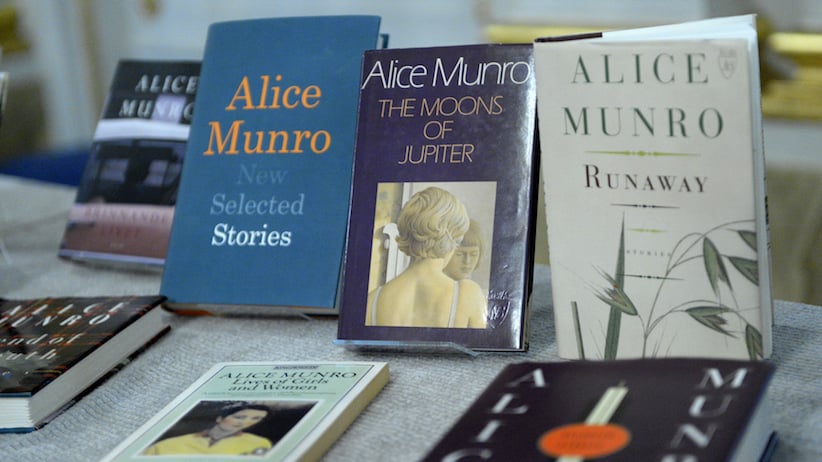 Nothing lasts forever, and historians devote a lot of their time to discussing the demise of things that once looked permanent. But the subcategory of “strange deaths” has been different since George Dangerfield’s classic 1935 work The Strange Death of Liberal England. Those peculiar deaths are marked not just by the lingering ghosts of the departed, the way the Roman Empire still hangs over Europe, but by the sheer amount of whistling from eyes-averted observers as they stroll by the graveyard.

Take, in this sesquicentennial year, federal government support and protection for Canadian publishing, born in the centennial Canada of the nationalistic 1960s, and still—according to Parliamentary testimony by a Department of Canadian Heritage bureaucrat in 2010—a viable, successful and ongoing policy. Not according to Elaine Dewar’s new book, The Handover. Its subtitle, How Bigwigs and Bureaucrats Transferred Canada’s Best Publisher and the Best Part of Our Literary Heritage to a Foreign Multinational, offers a very different take on the slow-motion fate of McClelland & Stewart, the publishing house whose backlist included a hugely disproportionate share of the 20th-century CanLit canon, from Alice Munro stories to Margaret Atwood novels, as well nonfiction works from the likes of Pierre Berton and Farley Mowat. Between 2000 and 2011, M&S—the iconic Canadian publisher—transformed into an imprint of Penguin Random House, even as it continued to collect millions of dollars in government subsidies aimed at Canadian publishers.

The Canadian book trade, unique in the way it combines minimal economic clout with cultural glamour and deep political connections, is tiny. With operating revenues of less than $2 billion—a number that’s been trending downward for more than a decade—it directly involves fewer than 2,000 people, regionally clustered and mostly in Toronto, almost all of whom know each other, personally and professionally. Insofar as the trade’s raison d’être—at least as far as its claim, shared with Canadian periodicals, on the public purse goes—is to hold up a mirror to the nation by telling Canadian stories, Dewar, an award-winning author as well as a veteran journalist, is part of it.

It was her awareness of Canadian publishing’s 21st-century travails, its shrinking horizons, that turned Dewar’s attention to M&S. By 2005, “I was beginning to see the effects of non-competition cutting in,” as publishers became less likely to jostle one another in pursuit of new works, says Dewar, “and when bestseller lists started to divide between bestsellers and Canadian bestsellers”—which seemed to her to hark back to a time when Canadian meant lesser—she grew increasingly curious. “I thought, ‘The business is dying and I don’t know why.’ People kept pointing to the turn of the century and to a general contraction in which M&S was the biggest event—and they kept saying tax money was going to the unqualified.”

But the more Dewar looked into the M&S story, the more she felt the manner in which the Canadian book trade and the Canadian government—the former in its head-in-the-sand caution and the latter in its bland secrecy—also reflected the nation back to itself, albeit its less admirable aspects. That brought new questions to the fore. Why did she care about the how and why of M&S’s fate? Did anyone else? Why should any of them?

The Handover is about all of that. It’s a tale of dogged pursuit and self-questioning; of innovative business strategy and first-rate legal maneuvering; of conversations, actual and attempted, with a lengthy list of prominent people who won’t comment on the record or who express their own shrugging incomprehension or who claim not to remember (not even the sort of detail, Dewar dryly notes, that tends to stick in the minds of business people, namely “how much money changed hands”). And of a federal government with two basic responses: trust us and no, you can’t see any of the documents involved, even under FOIA authority. “Canadians do secrecy better than anyone,” says Dewar. “If we’re going to have a country we’re going to have to get rid of this trait, do something about the 1.6 million documents locked up in the Privy Council. Researching The Handover, I couldn’t even get a list of five MPs who attended a public event—we’re about at the absolute bottom of what it means to be a democracy.”

In June 2000 Avie Bennett, the then-72-year-old white knight real estate developer who purchased M&S in 1985, rescuing it from one of its many brushes with financial disaster, made an arresting announcement. It was greeted as what it was, an elegant solution to the succession problem that bedeviled all Canadian publishers—the same legislation that protected them from foreign takeover limited their options (and their firms’ value) when they wanted out. Bennett’s solution was to sell a quarter of M&S to Random House and give the remaining 75 per cent—the usual statutory floor for determining the Canadianism of a cultural entity—to the University of Toronto, handing “one great Canadian institution…into the care of another great Canadian institution.”

Almost lost in a very approving atmosphere were the obvious questions, including how M&S could escape RH control—there was a side agreement by which the multinational would handle “marketing and sales” for the Canadian publisher. The control issue was enormously important: a well-established principle of Canadian tax law recognizes that “effective” control of an entity can, under certain circumstances, be exercised by minority owners, even those with a stake as small as 25 per cent. If Ottawa began to think along those lines—that Bennett’s proposal, given RH’s marketing supremacy, meant foreign control of M&S—the entire arrangement would fall through. But Bennett and his lawyers had cleared the decks with the federal government in the weeks before his announcement. As first detailed in The Handover, the legal team had fully laid out before the Heritage Department an ownership structure that would soon lead to RH control—an outcome that could have been recognized at the time as an inevitable result of the agreement—but still secured an official opinion from Heritage Minister Sheila Copps that her department would continue to view M&S as a Canadian entity, fully entitled to government support, a status it retained until 2011.

Then there were the money queries. Neither the price RH paid nor the size of the tax credit Bennett would reap were released. Those remained the subject of rumours, reasonably accurate as it turned out, until a generous pile of U of T documents, requested under Ontario’s Freedom of Information and Protection of Privacy Act, arrived at Dewar’s door. (Surprisingly, not to say suspiciously, generous, in fact, since some are stamped “Privileged and Confidential under the Investment Canada Act and Exempt from Disclosure under the Access to Information Act”—did someone at the university, Dewar wondered, want this story to come out?)

Finally, there was a number. A memo from in-house and outside counsel to the university’s Business Board, charged with “approval of receipt of major gifts and bequests with terms and conditions of an unusual nature,” discussed the shareholders’ agreement. RH, it revealed, would pay $5.3 million for its 25 percent of M&S, giving “a notional valuation to the entire company of $21,200,000.” Dewar’s sources hotly dispute which came first, the overall valuation, set when Bennett created a “new” M&S to divide between U of T and RH (which thereby priced RH’s quarter) or RH’s buy (which thereby established the value of Bennett’s $15.9-million tax credit). Another nugget in the same memo was the reference to the university’s “put rights,” which turned out to be a stipulation it could sell its shares, during a designated period, for a guaranteed minimum of $5 million.

But the jewel in the trove was another memo, this one from one U of T financial services bureaucrat to another. Dated April 26, 2006, it noted the conclusion of a university review completed in January 2001, only six months after Bennett’s gift: U of T wasn’t in any real sense in “control” of M&S, despite its majority ownership. That essentially establishes RH as being in effective control of M&S from the very beginning of the decade-long stretch leading to its formal incorporation into Random House, while millions of dollars in Canadian publishing grants from the federal and Ontario governments continued to flow to it. Bennett ($5.3 million from RH, $15.9-million tax credit) and Random House (swallowing a competitor and its tax benefits at what over time amounted to a bargain price) both did well with the arrangement. U of T, not so much. The put rights vanished in the face of M&S’s mounting debts—$16 million by 2011—and the university transferred its shares for $1. U of T, says Dewar, “got to hold the family silver and look good.” For a while.

However it was done, and to whose benefit, the transfer was complete in 2011. It was a turning point in the demise of CanLit as a nationalistic Centennial project, one that dissipated in the digital age in a Canada that—contrary to international trends—seems to revel in identifying itself as a post-national society. So does Dewar’s story matter? Quite a lot of the CanLit world, post-boomers for the most part, doesn’t think so. When Nick Mount’s forthcoming Arrival: The Story of CanLit, about the nationalistic upheavals of the 1960s, looks forward, it’s to note complaints about M&S’s demise seemed “quaint, never mind useless” in 2011. “Literary nationalism,” Mount quotes novelist Stephen Marche, “is something your grandparents did.” Besides, argues Arrival, “Canadian literature is more alive and more exciting than ever.”

There’s certainly a case to be made for that thinking, and for the assumption that the thriving world of Canadian literature will scarcely note the demise of one of the key factors in bringing it alive. Or perhaps not. But whether that dream for CanLit was “stabbed in the heart” on the eve of Canada Day 2000, as Dewar writes, or passed away from old age or by stumbling in front of the oncoming globalization freight train, the least we can do is admit it’s dead and tell its story.