Is war between America and China inevitable? 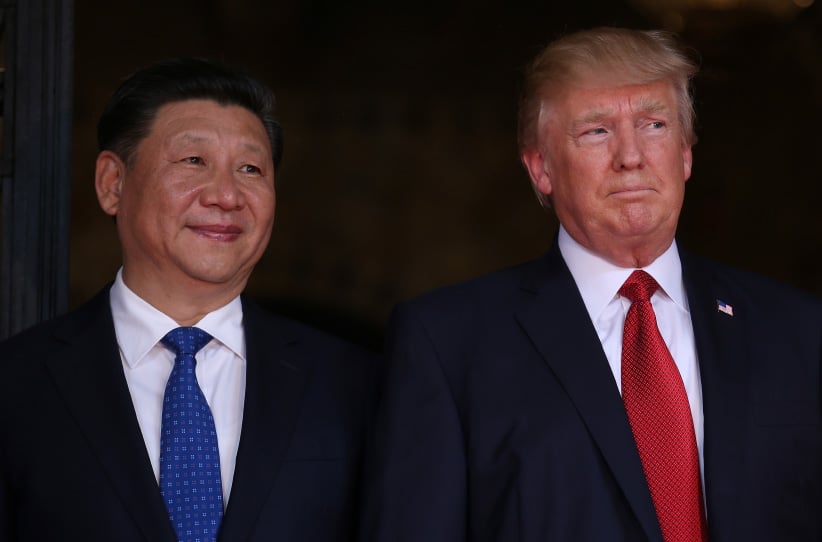 Political scientist Graham Allison, 77, has advised every American secretary of defence since the Reagan administration on strategic and international affairs. His scholarly work has ranged from decision-making during the Cuban Missile Crisis to a sustainable process for nuclear arms reduction, but for the past few years the founding dean of Harvard’s John F. Kennedy School of Government has focused on what he calls Thucydides’s Trap. Allison took the name from the Ancient Greek historian’s reading of the root cause of the fifth-century BCE Peloponnesian War, the 30-year struggle between the growing power of Athens and the established ruling power Sparta, a catastrophe that ended the Golden Age of classical Greece. There were immediate causes for armed conflict, Thucydides allowed, listing the sort of irritants that are ever-present in Great Power face-offs, but what “made war inevitable was the growth of Athenian power and the fear which this caused in Sparta.”

Allison’s Thucydides’s Trap Project, an in-depth examination of other such newcomer vs. hegemon situations, perhaps the most volatile in international relations, has identified 16 cases in the past 500 years. That total does not include current protagonists, the subjects of Allison’s new book, Destined for War: Can America and China Escape Thucydides’s Trap, in which an alarming title is meant to draw attention to an urgent message: it doesn’t have to be that way, but maintaining peace requires a serious course correction on both sides.

Q: You’ve identified 16 rivalries in the past 500 years, and the good news is war is not inevitable. The bad news is it’s three times more likely than peace: 12 of these situations came to war.

A: No, not inevitable. But I am re-emphasizing what Thucydides taught us, that when a rising power—not just rising, but threatening to displace the top dog either globally or even in a particular domain—faces the existing superpower, it makes for a dangerous dynamic, enough to make Thucydides seem dead right, rather than exaggerating to make a point, which is what he was doing. What happens is that the rising power exhibits very natural normal behaviour that you see over and over in international affairs and similarly from the ruling power you see natural normal behaviour—they both exert their interests to the extent they can, they both implicitly ask the other to weigh up what they are facing. You can see this in other contexts: if you look at the rise of Apple and Google and Uber and at the incumbents whom they displaced, there’s the very same pattern.

The rising power thinks I’m bigger, I’m stronger—in relation to others, maybe even to you. I deserve more say. My interests deserve more weight. Your abuses are less tolerable than they were, blah, blah, blah. You’re trying to squash us. The ruling power looks and thinks, “You bloody upstart, what are you trying to do? Why are you upsetting the status quo? The conditions that obtained previously were actually necessary for you to grow up to be what you are now; you should be more appreciative. You’re trying to supplant us.”

Q: But both sides forget the past. Americans, you write, should consider the American muscle-flexing that Teddy Roosevelt indulged in a century ago when the U.S. was in early 21st-century China’s place.

A: And what if Xi’s China was just like us then? I think Americans will find my chapter on Roosevelt very uncomfortable. I did some considerable research on him. He’s one of my heroes, who had this flair that you have to love, but he was extremely aggressive and his behaviour was outrageous at times. Are you a Canadian?

Q: I am, and we were just about to come to Alaska. There is a part of these great power rivalries—where even when peace is the outcome, it’s the allies and dependents who pay the price—that Canadians are particularly well-suited to appreciate.

A: Not Americans, no. They don’t tend to look at the map of Alaska and wonder how did Canada get cut off from the sea for 500-plus miles? Some part of it was what the U.S. bought from the Russians, but the question of how fat that tail would be was very much a contest, and basically Teddy Roosevelt stole half of it. I’m not sure if this made it into the final version of my book, but there’s a fantastic picture of a vulture, the U.S. of course, in one of the Canadian papers or magazines, after this theft of the fat tail of Alaska. For Canadians at the time, it was a huge event, though not for the Brits, who were basically accommodating the Americans, in part because they were also worried about more proximate threats from Germany.

But to return to your point about established powers forgetting their rising days, for a century Americans have believed we’re No. 1 by nature or by constitution. At the same time, the Chinese also have this sense that China is the centre of the universe. It was only this century of humiliation, as they call it, where Westerners came and interfered in our country and then created these conditions—where American allies surround us and American ships patrol our seas—that has to be righted as we recover where we belong. The British and Americans had deep cultural similarities—same values about almost everything—when making their accommodation.

Q: Mutual incomprehension is one source of danger. Another is that it is always a temptation for the established power to strike before it’s too late.

A: In this case I think that would not have been a good idea at any time, but if it ever was it would have been a lot better an idea in 1980 or 1990. Now, if you end up having a war between the U.S. and China, China can deliver 50 or 60 nuclear weapons against the U.S. Basically that’s the end of the country as you would think of it. That’s catastrophic. Can you have a war short of a nuclear war? You may be able to, but even that… One reason we never had a hot war with the Soviet Union was because both parties were afraid, rightly, there was no way you could have that war without the one that’s losing escalating until both are destroyed. I think if war was ever a good idea for staunching the rising power, by now with China as big and strong as it is, the idea has become less and less credible.

Q: If that is a moment of peril that’s passed, power convergence—China rising to the American level—brings new dangers?

A: One of the biggest implications of Thucydides’s Trap lies in the conditions of structural stress in the relationship dynamic, so that events that would otherwise be inconsequential or manageable can serve as the match that lights the fire. The poster child is obviously World War I—that the assassination of an archduke should become the basis for burning down the entire European house seems crazy, and it was crazy. After the fact, if any of the parties involved had been given the chance for a do-over, they would have made different decisions.

Q: You have some chillingly plausible scenarios about what could bring little things to the boil between America and China, but—aside from naval ships playing chicken and colliding—they tend to turn on North Korea.

A: The most preferred track to war, God help us, is North Korea, which is like a Cuban missile crisis in slow motion. North Korea is either going to have the ability to launch a nuclear weapon against San Francisco or Vancouver or Los Angeles in the next year or so or somebody’s going to prevent that happening. And that somebody, Trump said, is supposed to be China. As he said to [Chinese president] Xi, if you won’t do it, I will and you won’t like it. If this turns out unsuccessfully, which is the most likely outcome, then it sets things up for blaming China for failing to do something that nobody could do, so it was an unreasonable demand. I think in that sense it’s dangerous. If you asked me what’s a good way to get to war, that would be a good way.

Then’ there’s the possibility of regime collapse, with Americans and South Koreans coming from the south, Chinese from the north, racing to secure North Korean nuclear weapons or just stabilize the situation…

Q: What could possibly go wrong there? There are a lot of other factors that make Chinese-American relations volatile. There’s the Long Peace itself—as was the case before the First World War, direct experience of major conflict is fading from the scene.

A: That’s a huge point. I don’t make enough of that in presentations I’ve been doing. Basically nobody today can imagine the idea that there could be a Great Power war. One of the liabilities of the Long Peace, as historians call it, is that people become complacent.

Q: And, as you mention through your book, there are leadership issues. Both Trump and Xi are nationalists, dedicated to making their countries great again. That brings domestic politics into the mix, the demand of factions on both sides should some flashpoint occur. You don’t seem confident in American politics right now.

A: No, I’m not. I would never sell the U.S. short and I think there’s been a great capacity for renewal and I’m hoping and praying that happens at some point. But D.C. is dysfunctional and was way before Donald Trump arrived. In some sense he’s symptomatic, though he’s managing to make his own contributions. There’s no strategic thinking going on. We really need to rethink our vital interests and the way we cling to the Pax Americana established after World War II. That status quo can no longer be sustained when the economic reality has tilted so dramatically in China’s favour. America’s real strategy, truth be told, is hope. At the same time, Chinese authoritarianism is no longer sustainable. If both nations gave the home front the attention it deserves, they would have a far better chance of peacefully sharing the 21st century.