Two books out on the same day. The same topic: the struggles and scandals of the British royal family during the Second World War. What a difference. 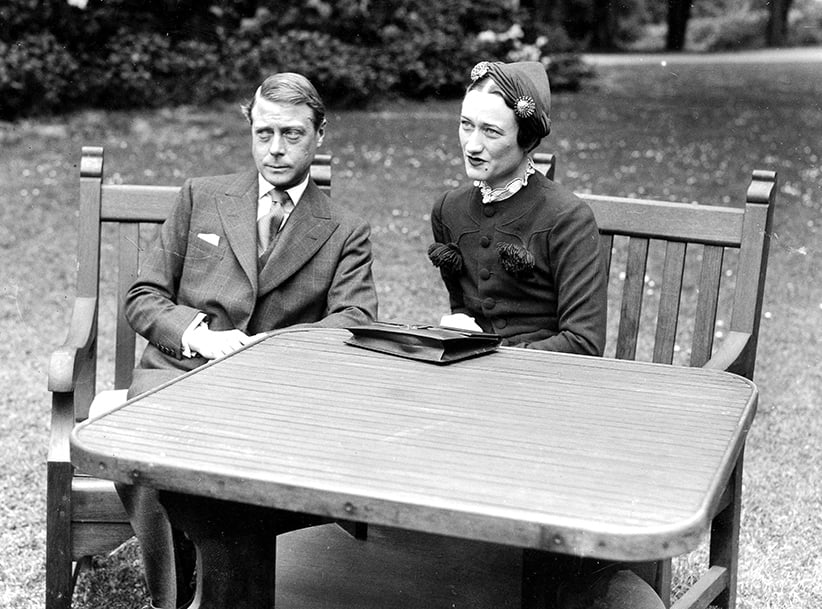 What are the chances of two books, both about the British royal family during the Second World War, being published on the same day: March 10, 2015? And any royal watcher would be even more pleased to know that one of those books is by Andrew Morton. Morton’s most famous work, of course, is Diana: Her True Story. The inside scoop from Diana, princess of Wales, on her troubled marriage, it was a massive bestseller around the world and helped drive Diana and her husband, Charles, to end their marriage.

Perhaps not surprisingly, I tackled Morton’s book first. Titled 17 Carnations: The Royals, the Nazis, and the Biggest Cover-Up in History, it promised to be a “meticulously researched historical tour de force about the secret ties among Franklin D. Roosevelt, Winston Churchill, the duke of Windsor, and Adolf Hitler before, during, and after World War II.” I’d enjoyed Diana, and was looking forward to his take on the Windsors. Given he is a former tabloid writer for the News of the World and the Daily Mail, I expected a fast-paced, popular biography.

Instead, 17 Carnations is, quite simply, awful. Morton’s thesis is indecipherable, his arguments unconvincing. He employs every hyperbole imaginable. (That is the kind of sentence you’d find in his book.) Morton also goes through the top 500 metaphors for dummies, sprinkling one or two on every page. Edward VIII is a Peter Pan adult, “the most glittering jewel in the royal crown.” “The heavy burden of duty hung like a great bell around the neck of the Prince of Wales, sonorously summoning him onward into a life as predictable as it as pointless.” “The tidal wave from the financial crash had now swamped Ernest’s shipping business.” (At the time, Ernest Simpson was Wallis’s second husband.)

Morton can’t seem to shake his tabloid past, and in a biography, such endless use of extreme language is exhausting and irritating. The exaggeration extends to his title. In an interview with Maclean’s in February, he explained that the 17 carnations reference was “a bit of fun.” “It’s the number of times that [Nazi diplomat Joachim von] Ribbentrop was said to have conjugal relations with Mrs. Simpson. It was a wildfire story that everyone believed.” He admits it was a rumour, perhaps a myth, and even notes in his book that flowers could have been roses. But hey, it’s catchy, no?

The book also desperately needs a fact-checker. When war broke out, Morton writes of Edward, “Undoubtedly he was an asset who could have been used effectively and imaginatively by the ruling class when Britain needed all the help she could muster.” Then, two pages later, is a long quote from the earl of Crawford: “[Edward] is too irresponsible a chatterbox to be entrusted with confidential information.” So not such a good asset, after all. There are dozens of other examples. Morton also appears to forget how badly the war was going for Britain in the first few years. In 1940, the duke “saw himself as an honest broker in an ongoing European peace process,” Morton wrote. What isn’t mentioned was at that time,  Germany was dropping bomb after bomb on an isolated Britain during the Blitz. There was no peace process.

Though Morton tells Maclean’s that the pro-German ex-king was “utterly self-absorbed,” issuing jaw-dropping demands on his own government, Edward comes across in the book as someone who has been forced again and again into a corner by his brother and palace officials, who then lashes out at those who put him there, rather than someone who walked willingly into his fate. After Edward’s abdication, Morton writes, the former king was given an annual allowance of 25,000 pounds, with the proviso that it would vanish if he visited Britain without the king’s permission, a decision Edward called “unfair and intolerable.” It sounds unjust. Yet Morton doesn’t mention the rest: Edward also took upwards of a million pounds from the Duchy of Cornwall, and then demanded the new king buy back his interests in the family’s private royal estates.

By  the last third of the book, the cover-up mentioned in his subtitle, this reader had all but given up. The scandal involved three governments—France, Britain and America— “trying to stop America and France from publishing these documents, making them available for people to read about what the duke and duchess had been doing since the Second World War.” The book’s title calls it “the biggest cover-up in history,” and in an interview, Morton insists, “For once, I don’t think it is an exaggerated title.” But that information came out a decade later and has been widely reported. And the biggest? Compared to the American bombing of Cambodia? Big Tobacco hiding the effects of smoking? Depending on how you define “cover-up” there are a lot of larger options.

In the interview with Maclean’s, Morton was both lively and informed—and highly critical of Edward—which makes me wonder what happened to the printed version. Still, there are nuggets amid the dross, including the Windsors ordering a maid back into occupied Paris to recover their belongings, including Wallis’s swimsuit. Morton even tracked down new information including a Ribbentrop file in the old Soviet archives, as well as a lot of information from Herman Rogers, a friend of Wallis and Edward, who was there during many of the most dramatic events. In the hands of a more skilled biographer, they could have proved interesting.

Someone like Deborah Cadbury. She is the acclaimed author of Chocolate Wars (she’s a member of the Cadbury chocolate dynasty), as well as six other books, after 30 years as a BBC TV producer. Still, I waited a week or two before opening her book, Princes at War: The Bitter Battle Inside Britain’s Royal Family in the Darkest Days of WWII. Right from the opening vignette of the 1936 abdication, I was absorbed into a world of jealousy and back-biting but also loyalty, courage and sacrifice. She follows not just Edward, or George VI, but all four male Windsor brothers, including the stolid Henry, and debonair George. Like Morton, she uncovers new information. Unlike him, she uses mostly primary sources, carefully picking and choosing what she includes, while avoiding the rumours and suppositions that bedevil Morton’s book.

She reads George VI’s 10-volume war diary, looking not for views on big moments in history, but rather “a much more personal point of view,” she explains. And, amazingly, she got access to dozens of letters written by Wallis Simpson and Prince George to an American friend, Betty Lawson-Johnston. Cadbury’s U.S. publisher, Clive Priddle was cleaning out his in-laws’ attic when he saw “a signature that stopped him in his tracks,” she recounts to Maclean’s. It belonged to Wallis. It turns out his wife is Lawson-Johnston’s granddaughter.

By focusing on the first three years of the war, as the Nazis swept across Europe, toppling one monarchy after another, Cadbury uses the drama of those dark days—”the nightmare of unknown danger”—to carefully ratchet up the tension. As she did, the events of Edward’s life take on added significance. “It was almost a pantomine,” she says. Cadbury would mutter, “Oh, no he didn’t. Oh heavens,” as she compared his actions with what was happening in Europe.  She recalls the time he went to Cartier in Paris with gems in his pocket that will be transformed into a glorious jewel for Wallis, just before Denmark and Norway are invaded. “It was very unforgiving, the character that came to light,” she says. “He seemed to go down and down and down.” Like Morton, she believes Edward’s actions were treacherous but stopped short of treason—certainly there is no proof he betrayed his country.

At the same time, the other three brothers not only unite but are deeply involved in the fight: Henry in the Army, George in the Royal Air Force (he died in a crash in 1942), and George VI keeping an eye on the whole lot. What makes this biography so extraordinary is that Cadbury has carefully plotted a timeline, placing each person, and each event in context, building a clear, concise and riveting web of stories into a wondrous book.

Morton is thinking of doing a book on Edward Herman, while Cadbury is working on one about Victoria’s grandchildren. I know which one I want to read first.