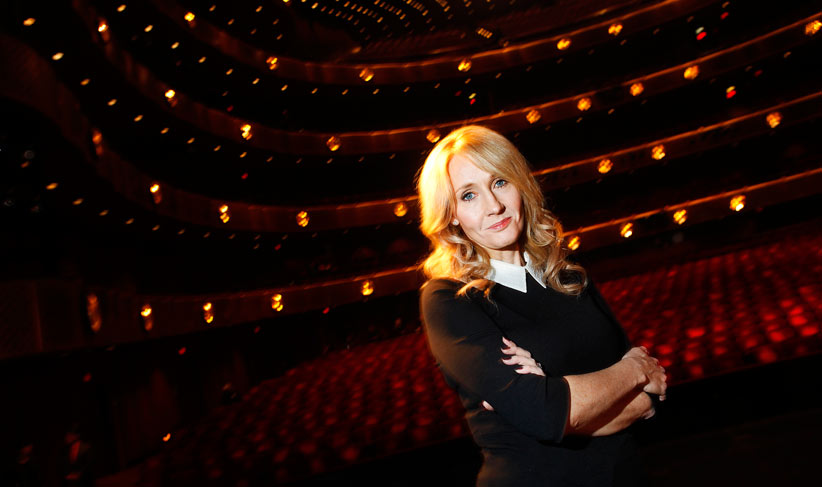 J.K. Rowling is one of the contemporary world’s great rags-to-riches stories. In just over a decade, the Harry Potter author went from single mom on welfare, typing in a café with baby on lap, to being the first person to ever become a billionaire by writing. When Rowling looks back, it’s usually not with a shudder but a sense of gratitude, an appreciation for what she calls in her forthcoming book, “the benefits of failure.” Very Good Lives, a slim 70-page volume to be released on April 14, is the printed version of a commencement speech Rowling delivered at Harvard in 2008. A video of the speech, which university president Drew Gilpin Faust calls “the most moving and memorable” she’s heard, is the most-viewed item on Harvard’s website.

In it, Rowling talks of herself in the mid-1990s as “the biggest failure I knew.” In the aftermath of her “exceptionally short-lived marriage,” she found herself “as poor as it is possible to be in modern Britain without being homeless.” So why is she talking now about the benefits of failure? For two reasons, Rowling told the students. Failure can bring a clarity that success often clouds: “I stopped pretending to myself that I was anything other than what I was, and began to direct all my energy into finishing the only work that mattered to me. Had I really succeeded at anything else, I might never have found the determination to succeed in the one arena I believed I truly belonged.” And failure is liberating: “My greatest fears had been realized and I was still alive and I still had a daughter whom I adored. And I had an old typewriter and a big idea.”

Rowling’s writing career post-Potter (and post-Harvard speech) saw her following her own advice. Since 2012, she has released an adult novel, The Casual Vacancy—soon to be a HBO miniseries—and two crime novels. She began the latter series under a pseudonym—the better to have them judged on their own merits, Rowling said at the time. The ploy “worked,” with several publishers rejecting the first Robert Galbraith novel, The Cuckoo’s Calling, which eventually garnered critical praise for its debut author—and bestseller status after his true identity was revealed.

Through it all, Rowling has written often for charity—all proceeds from the new book will go to Lumos, an international children’s charity she founded, and to student financial aid at Harvard. In 2012, Forbes removed Rowling from its billionaires list, not because the original calculations were in error, but because she had dropped below a cut-off line after giving more than $160 million in charitable donations. A very good life indeed.

FILED UNDER: J.K. Rowling Newsmaker of the day